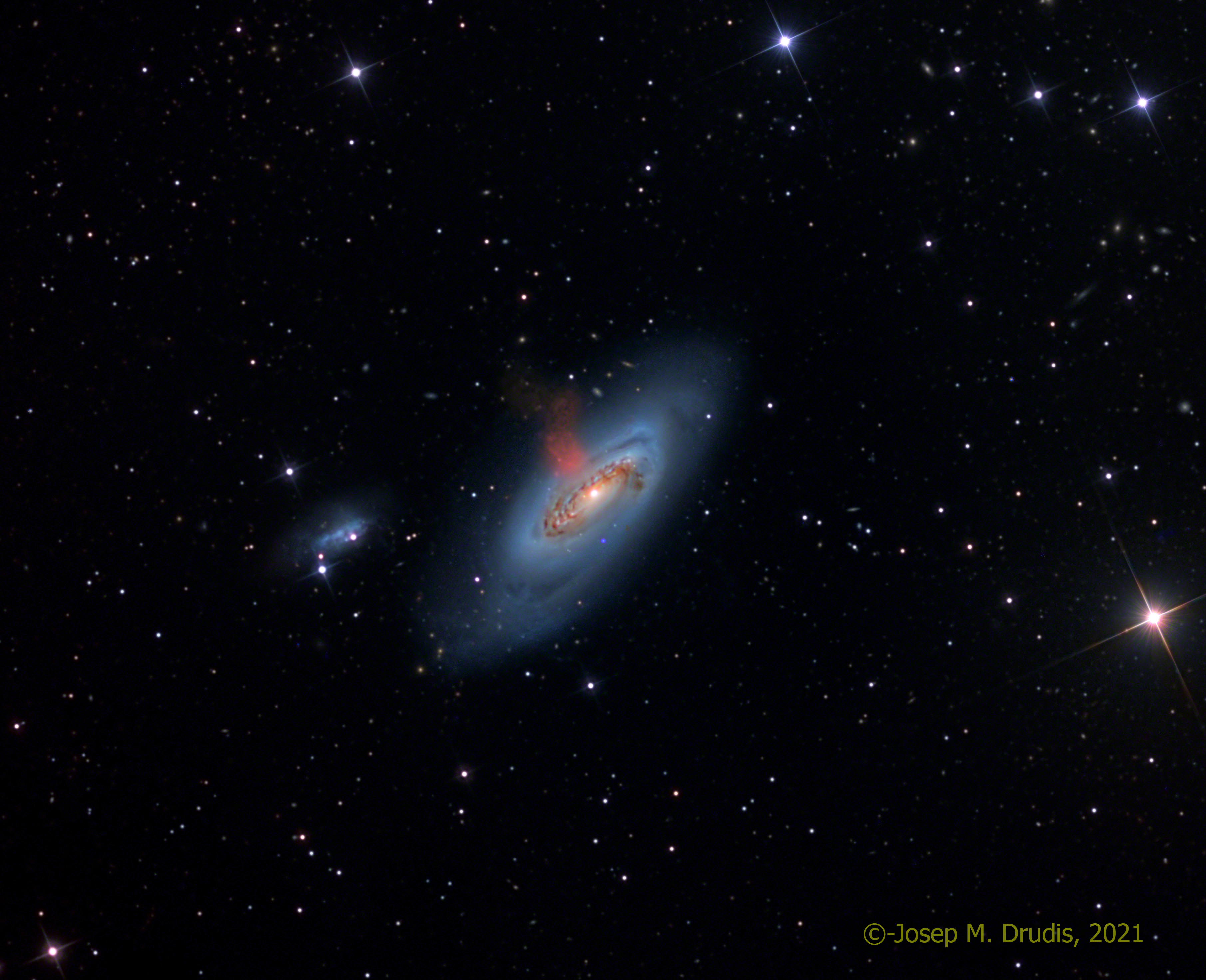 Messier 90 is a spiral galaxy (type SAB(rs)ab), belonging to the Virgo Cluster and located in the constellation Virgo. This galaxy has several peculiarities. It had been, in the past, classified as an “anemic” galaxy, because its star formation rate is very low (2 solar masses per year). This classification has been disputed and currently, it is most frequently described as “Truncated”, because of the sharp cut-off in star formation between the disk and the central region. A second peculiarity is that this galaxy shows blue-shift instead of red-shift as most galaxies in the Virgo Cluster show. This means that this galaxy is moving swiftly towards us, and it does it at a speed of 235 km/sec. The third peculiarity is less known. The fact that this galaxy moves across the Intra Cluster Medium (ICM) creates a pressure/collision with its own Inter Stellar Medium (ISM) and strips away the loose Hydrogen gas that is gravitationally less bound to the galaxy than its stars. This is known as “ram pressure stripping” and M90 is suffering it. This fact, in M90, was discovered in 2016 by A. Bosselli et al., using the MegaCam at the CFHT (Canada-France-Hawaii-Telescope). Their image below is the combination of X-Rays (blue), UV-Galex data (green) and Halpha-CFHT (red). 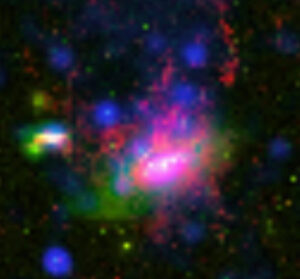 My image has been taken with conventional LRGB filters and deep Halpha data were taken (28 hours) and added to the image (mapped red).  Of course, the CFHT data are much deeper, but the brightest plume is easily seen in the LRGB-Ha image. M90 is also known to interact with the nearby galaxy IC3583 (left of M90 in the image).