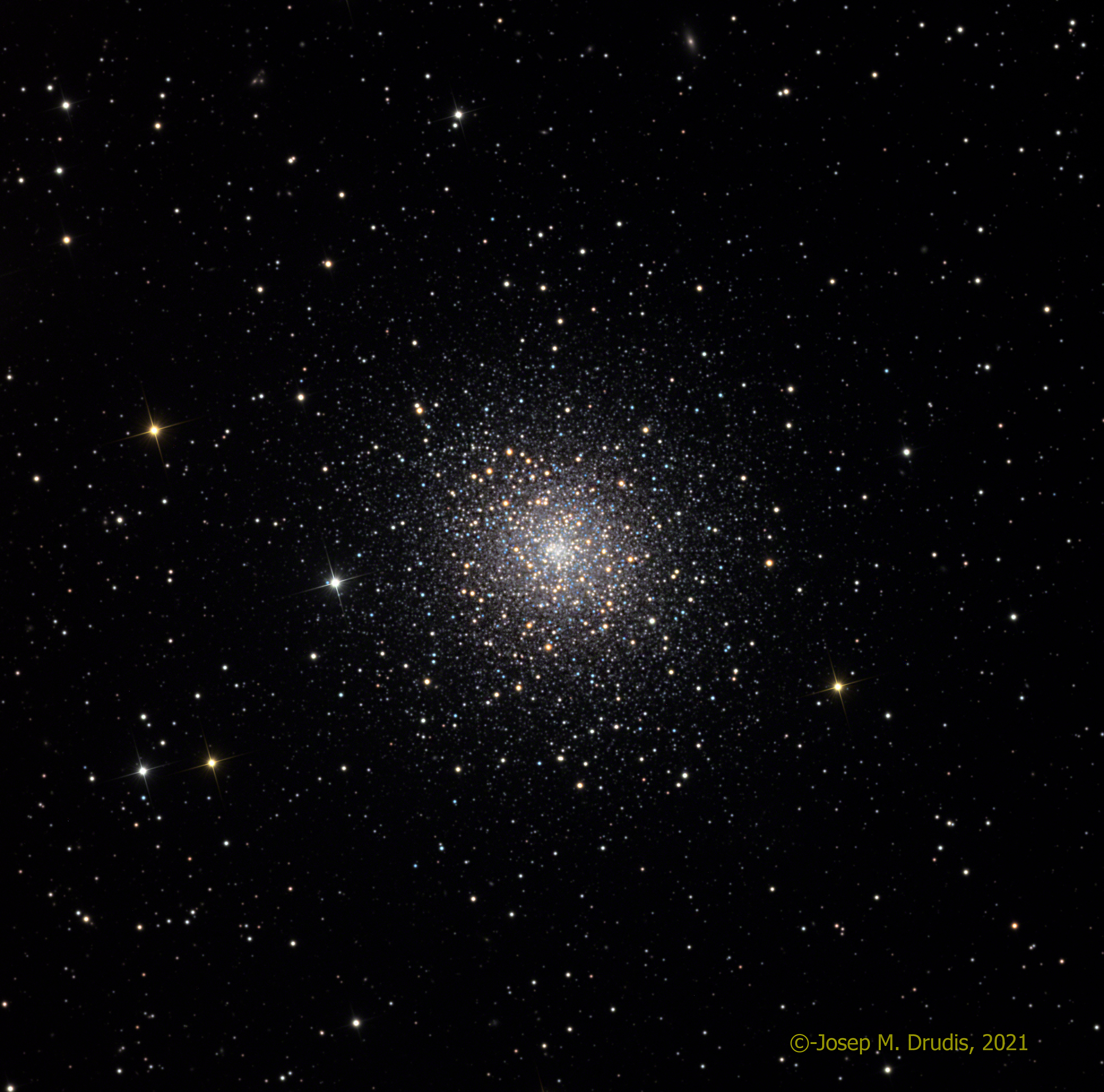 Messier 92 is a very old globular cluster located in the constellation Hercules. Usually overlooked by astrophotographers due to the popularity of its relatively close neighbor (angularly speaking) Messier 13, this cluster is interesting in itself. Its age has been matter of debate for some time. The estimated ages that could be found in the literature ranged from 12 to 14.8 billion years, making it an object formed shortly after the Big Bang. In 2010, Di Cecco et al. analyzing high precision photometry data from ground-based as well as from the HST, reached the conclusion that its age was 11.5 ± 1.5 billion years (and most probably closer to the upper limit). Even being this age a more reasonable figure, M92 is still considered one of the oldest globulars known to us. As a confirmation, its metallicity (ratio of elements heavier than Hydrogen and Helium) is about 0.5% that of our Sun. Messier 92 has about 250,000 stars and it is rich in RR Lyrae variables. This cluster is very bright. In order to acquire its finer central structure, as well as to get any possible nebulosity surrounding it, 9 hours of Halpha images were taken. No external nebulosity was detected, but the core was resolved.