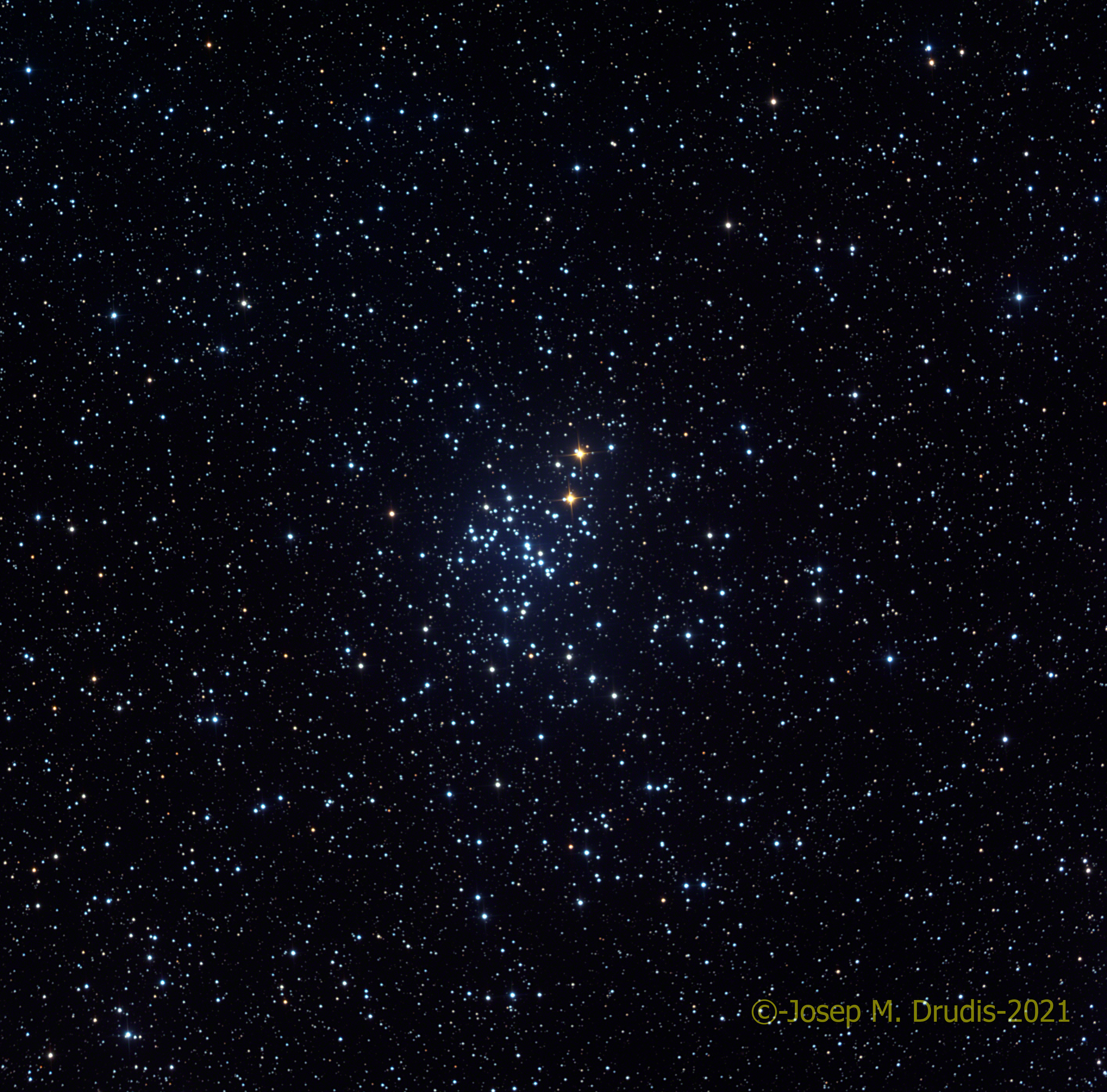 Messier 93 is a Southern open cluster which is about 100 million years old. It contains 80 confirmed and readily detectable stars, but hundreds of fainter stars in the surroundings may belong to it. Most of the brightest stars are blue giants that belong to the spectral class B9. Three red giants also stand out, two of them just above its center (in this image), while the third is located on the left side.