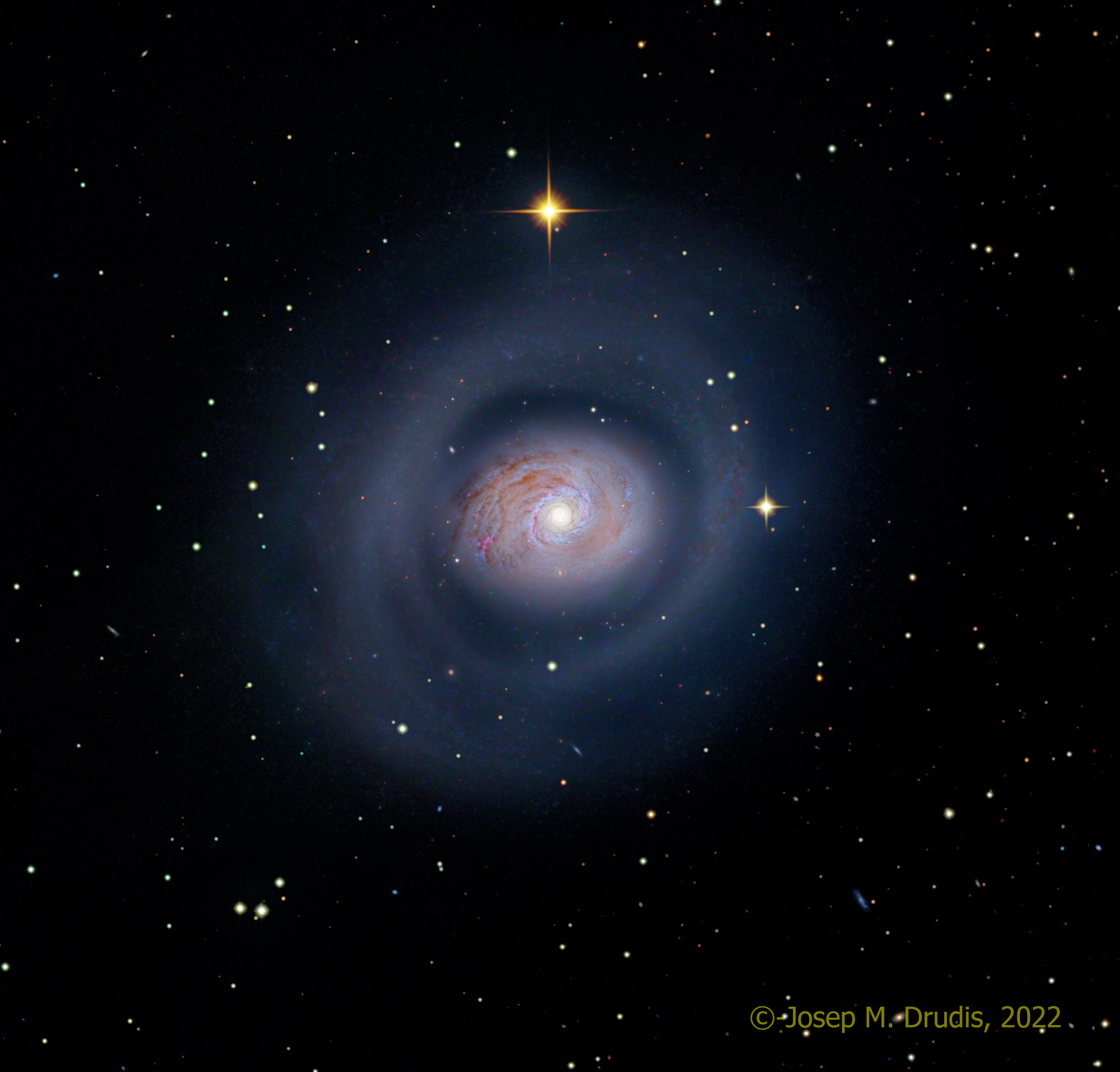 Messier 94 (NGC 4736) is a spiral galaxy located 16 million light years away in the constellation Canes Venatici. M94 is an unusual galaxy in many aspects. It is formed by three “rings” or regions with very different surface brightness. The innermost ring is very bright (actually, in this image, it has been dimmed down in order to allow its structure to be seen). The central ring around it is fairly asymmetric as seen by the spiral structure shown by its dust lanes. The external ring is very dim (here it was enhanced for it to be seen). Although it looks like having no structure, some brightness differences can be spotted especially on the southeastern region. In 2009, Trujillo et al. using optical as well as UV and mid IR images, determined that the outer ring was not a uniform disk, but it had the structure of spiral arms, that were clearly visible in those wavelengths. They also determined that this outer ring was not originated by any previous collision/merger with another smaller galaxy (as it was previously considered) but due to the oval distortion of the central ring. The star formation rate is higher in the outer ring compared with the central and inner rings. A similar outer ring structure is also present in another Messier galaxy, M77.