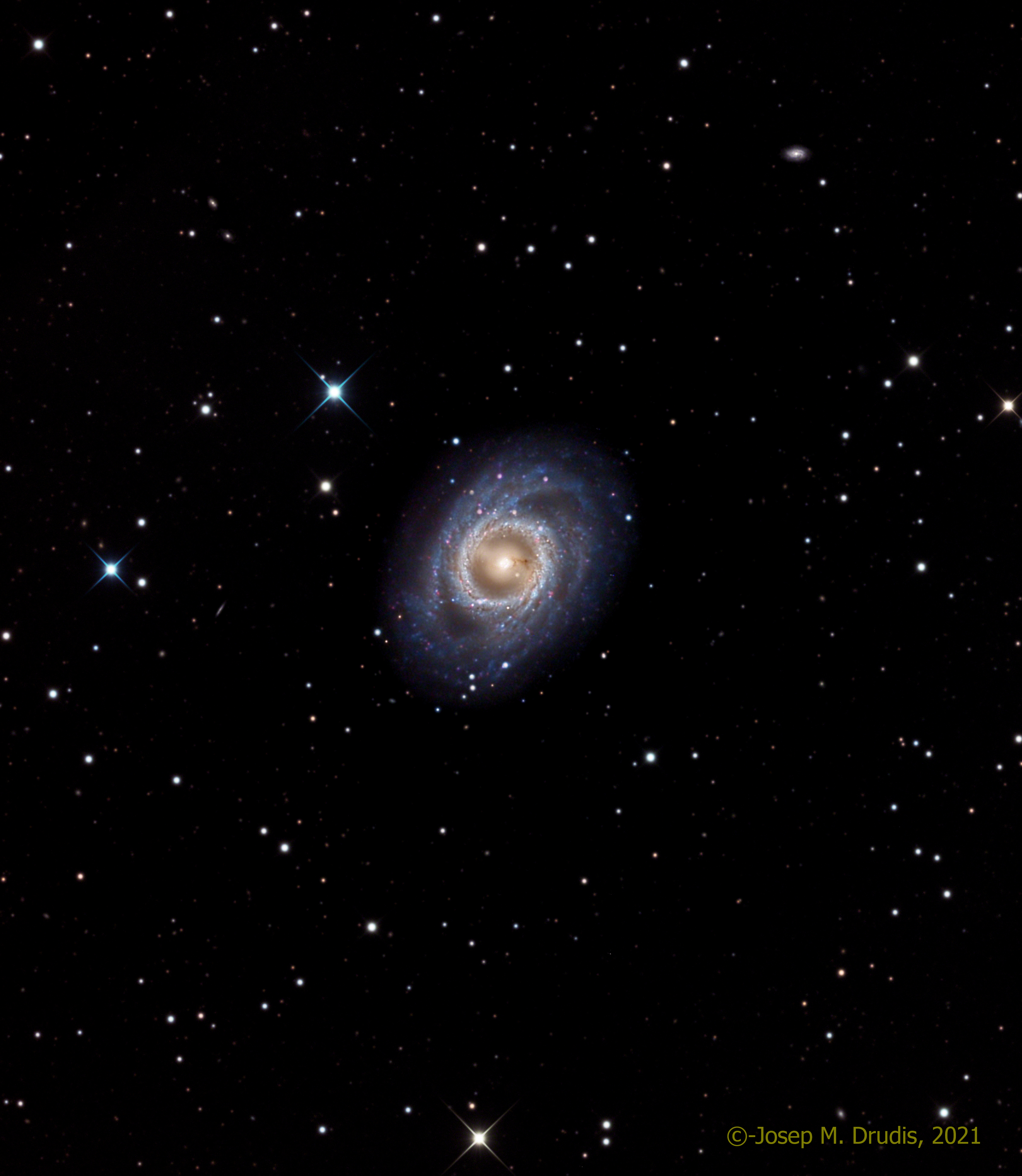 Messier 95 is a barred spiral galaxy located 33 million light years away in the constellation Leo. This galaxy is one of the faintest of the Messier Catalog (mag. 11.5) and its size is 6×4 arcmin. This galaxy forms, together with M96 (a spiral galaxy), M105 (an elliptical galaxy), NGC 3384 and NGC 3389 and 19 fainter additional galaxies, the so-called Leo I Group, a subgroup of the huge Virgo Supercluster.

One red supergiant star in this galaxy underwent a supernova explosion in March 2012 (SN II-P 2012aw). It was calsssified as a Type II-Plateau (II-P) because of the pronounced flattening of its light curve after 26 days of its peak. This supernova was captured by numerous amateur and professional astronomers at the time. The possible progenitor of this SN was determined by analyzing previous images by the HST and calculated to have a mass of 17-18 suns.