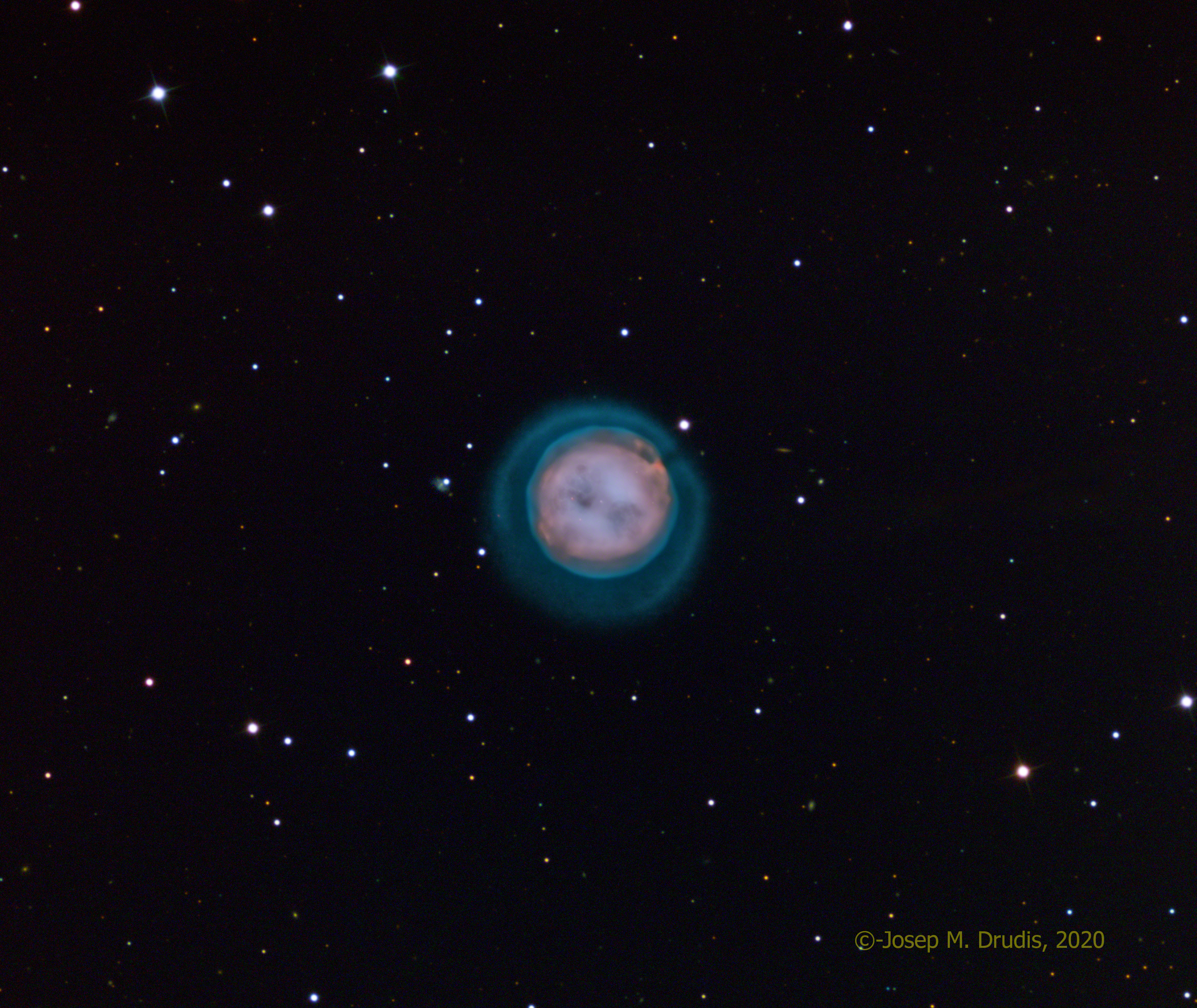 Messier 97, M97 or NGC 3587, is the faintest of the four planetaries in the Messier Catalogue. This nebula is located at 2,080 light-years in the constellation Ursa Major. Its structure differs from the usual planetaries, because instead of showing a “double cup” shape, it resembles more a cylindrical torus, something like a sphere without its poles and seen at an angle, so that the “missing poles” conform the “eyes” of the nebula. M97 has two shells and a halo. The central star is a white dwarf that has a measured temperature of 123,000 K, less than the 222,000 K of the central star in NGC 6818 but higher than that in NGC 6891 (72,000). Like many planetaries, M97 is best imaged with narrowband filters. Most of the planetaries (just like many supernova remnants) have two different red emissions: Halpha (656.3nm) and [NII] (658.4nm). This is the case for M97 as well, but taking into account that it is also bright in SII. This emission closely resembles that of [NII] and its intensity is lower than [NII], so SII was dropped from the list. This means that this image was taken with Halpha, [NII] and [OIII], all of them with a bandpass of +/- 1.5nm.

In this image, the filters have been mapped to natural colors, meaning: Halpha to red and 15% of blue, [OIII] to blue and green and [NII] was mapped to orangish-red, in order to differentiate both red filters. The stars have been taken with short RGB exposures. The inner shell has similar intensities in Halpha and [OIII] (hence the whitish color) but the fine structure comes mostly from [OIII]. This shell has a distinct emission in [NII], that is stronger than Halpha and [OIII]I in the upper right and lower left knots. The second shell is especially bright in [OIII], as well as the halo.