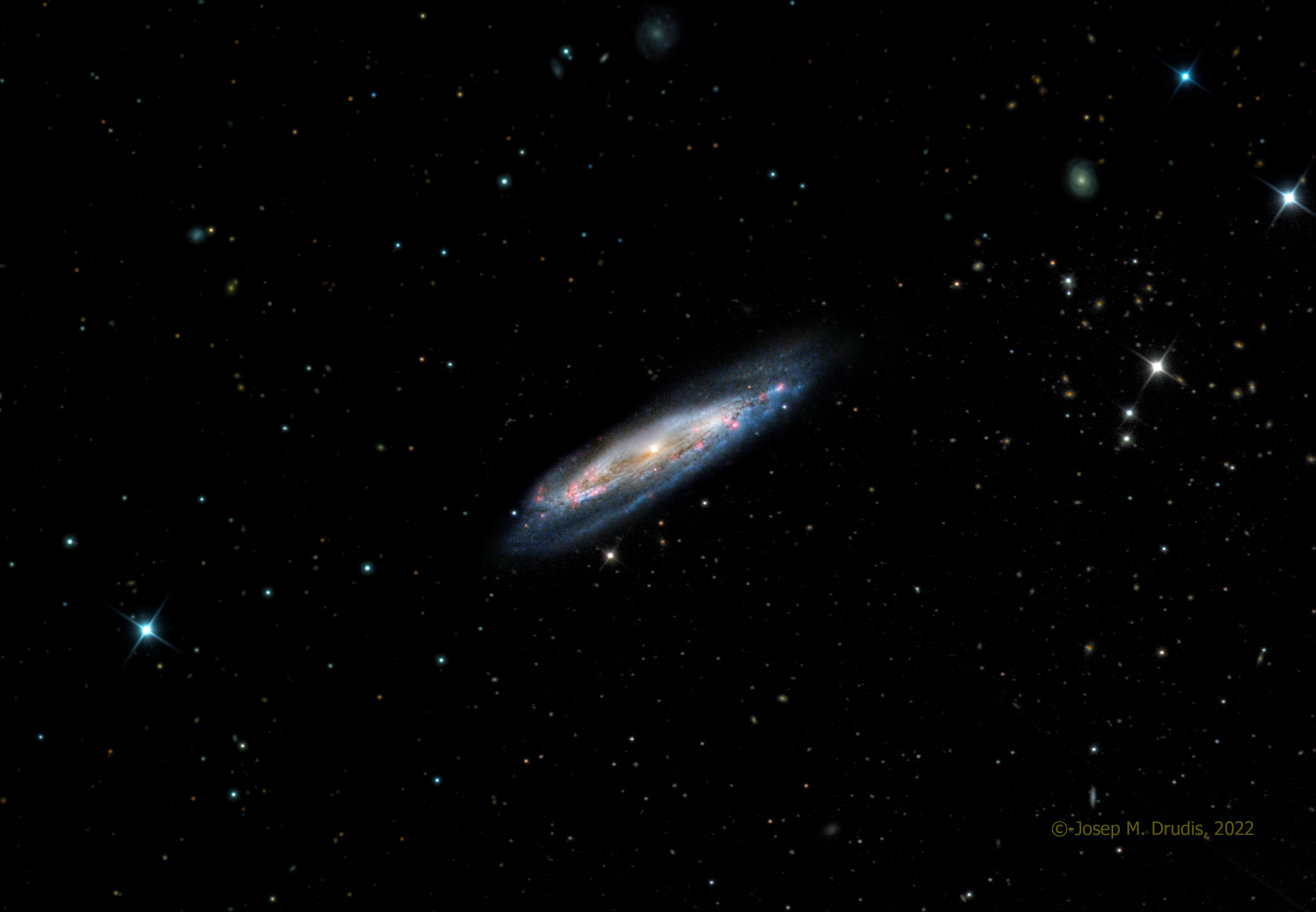 Messier 98 (NGC 4192) is a large, faint spiral galaxy Type SAB(s)ab located in the constellation Coma Berenices about 44 million light years away. This galaxy is 60% larger than our Milky Way (in diameter) and has about three times more mass and stars. It belongs to the Virgo Cluster. Messier 96 is seen nearly edge-on (inclination: 74º) and its distorted structure indicates that it has endured some gravitational encounters with its neighbors. The most recent of which might have been with M99 (NGC 4254), about 750 million years ago. The active nucleus shows emission lines typical of LINER galaxies and is obscured by dust. Numerous star forming regions can also be spotted all over the disk.