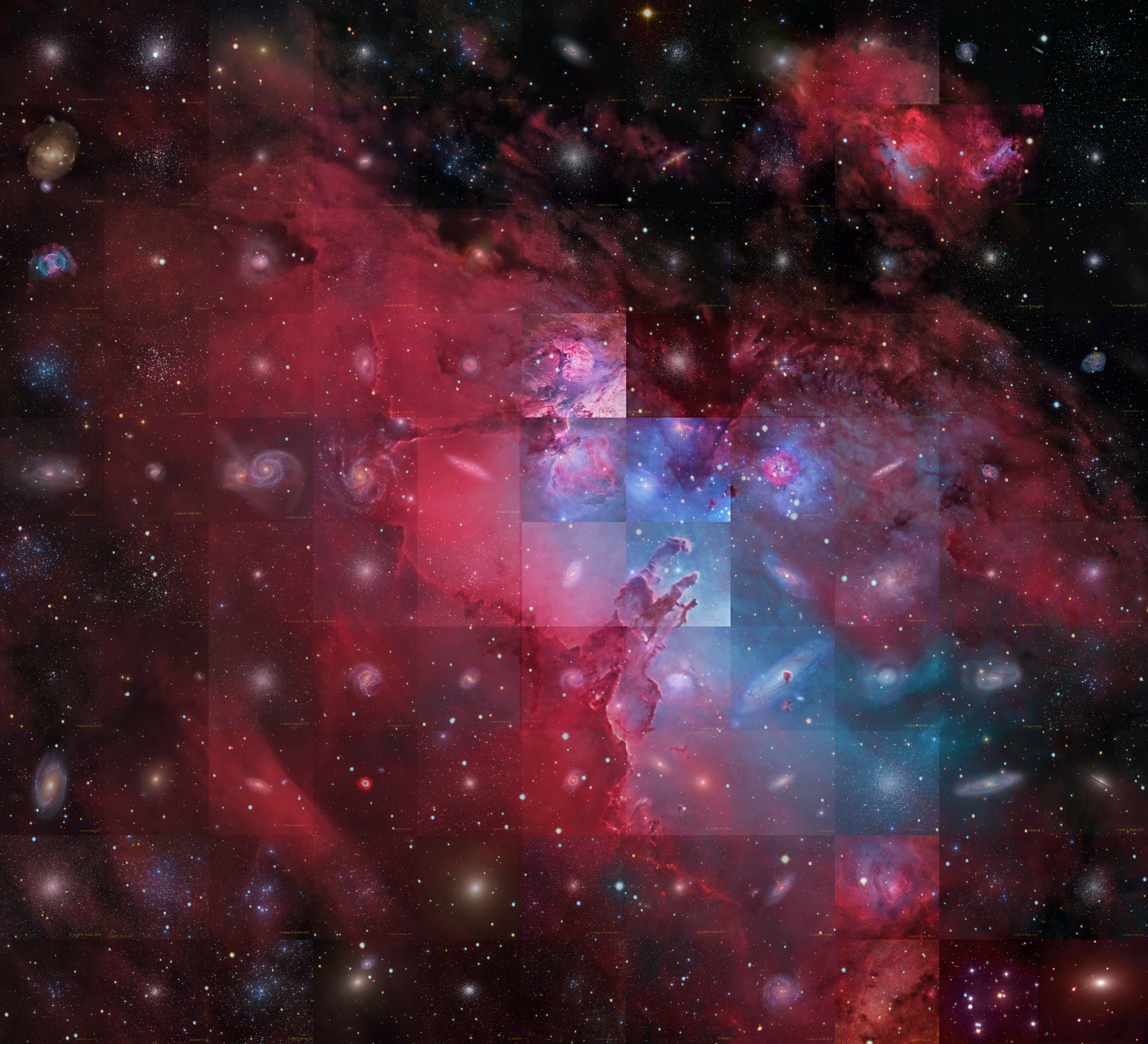 The complete catalog contains 1 supernova remnant (M1), 2 asterisms (M40 and M73), 2 reflection nebulae (M45 and M78), 4 planetary nebulae (M27, M57, M76 and M97), 6 emission nebulae (M8, M16, M17, M20, M42 and M43) as well as 11 elliptical galaxies, 27 open clusters, 28 globular clusters and 29 spiral galaxies. M45 is usually listed as an open cluster (which it is) but the reflection nebula surrounding the bright stars of the cluster is beautiful enough to justify its reclassification as a reflection nebula. M20 has both emission and reflection regions, but it has been classified as emission for simplification. Some objects have a size that is clearly larger than the field of view of the large aperture telescopes. In order to fit these objects in one image, mosaics have been taken, like M44 and M45 -actually, even so, these don’t capture the complete object; some objects show only their richer central regions (like M8 or M33) and one object, M31, the Andromeda Galaxy, was taken with a wide field 10.6 cm telescope to show the complete field, but its luminance was enriched with ten panels (taken with the 24 inch telescope) that were combined as a higher resolution luminance mosaic to give the final image. An annotated copy of the mosaic, with the numbers of the objects (all 110 objects are in the grid and none has been repeated) is shown below: 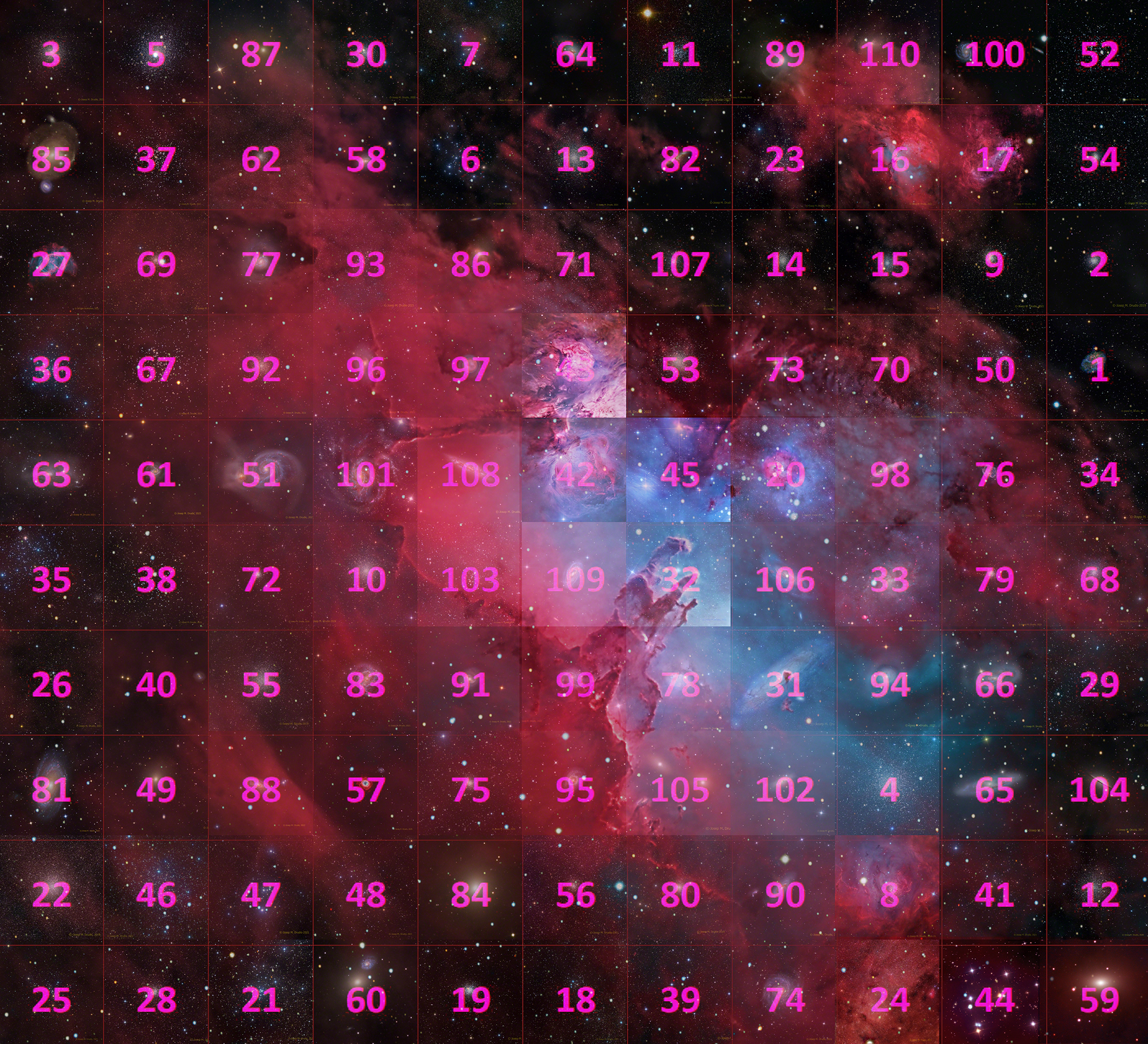 The images used for this collection were started in June 2015 (with an image of M8) and finished in May 2022 (when M88 was completed). In total, nearly seven years were needed, during which, 1,599 hours of exposure have been used for the images presented here and over 800 hours have been devoted to process these images. Two of the objects (M27 and M42) have been the result of joint projects done together with the renowned astrophotographer (and good friend) Don Goldman. To see the complete collection in detail, ordered by object number, please visit https://astrodrudis.com/the-messier-objects-collection/