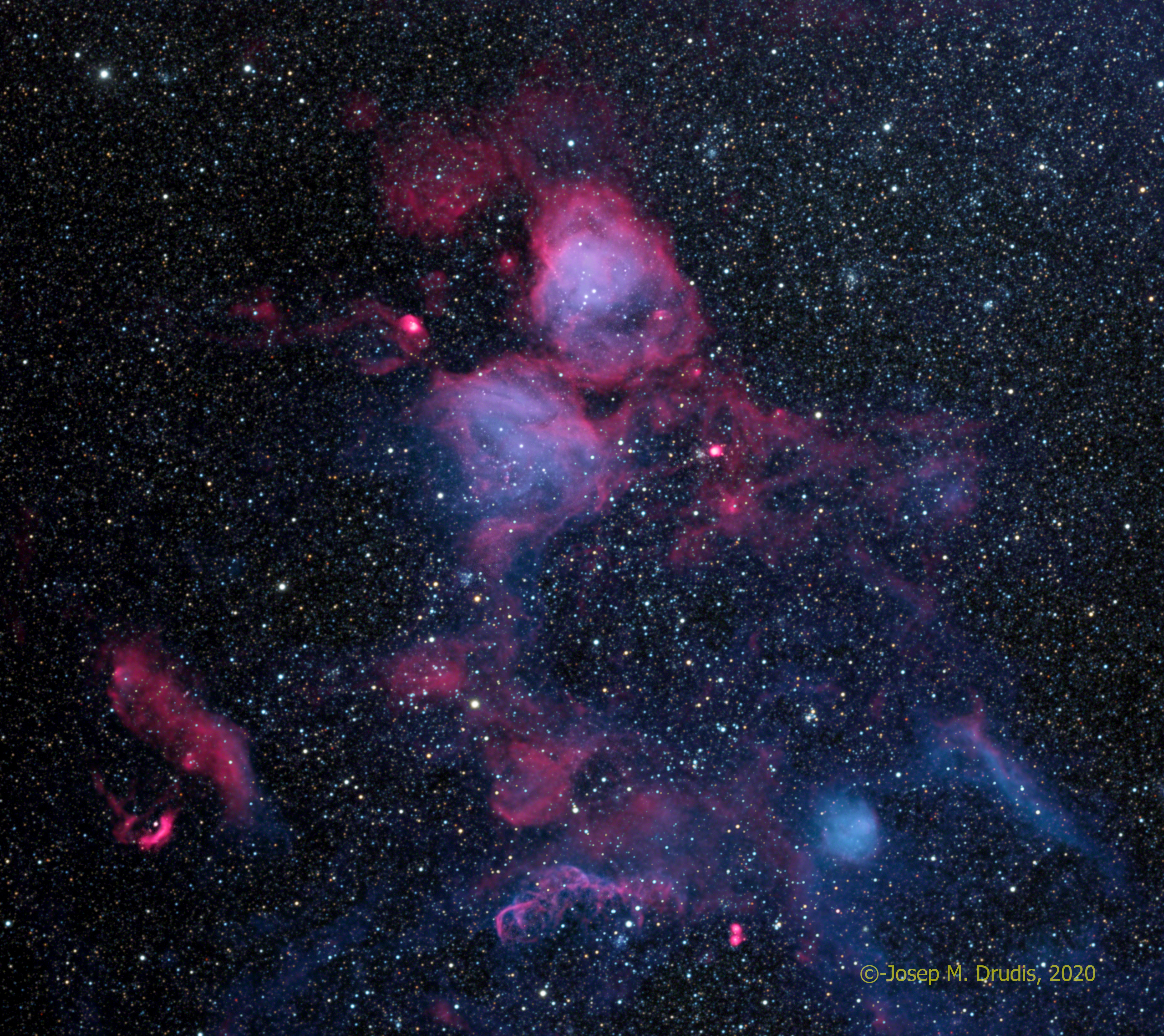 This image shows a region that is very rarely visited by amateur astrophotographers. Actually, I have only found wide field images that, also, contained this region, but no higher resolution images. The Small Magellanic Cloud, SMC, is a small galaxy (satellite of the Milky Way) that has numerous HII (red) regions that show a high rate of star formation. In the annotated version below, several of them have been identified. Additional to these, a Planetary Nebula ([JD2002] 13) and several open clusters are also present.

This image was taken with narrowband filters and mapped to natural colors. The short RGB exposures were taken and processed in a way as to preserve the natural colors of the surrounding stars. 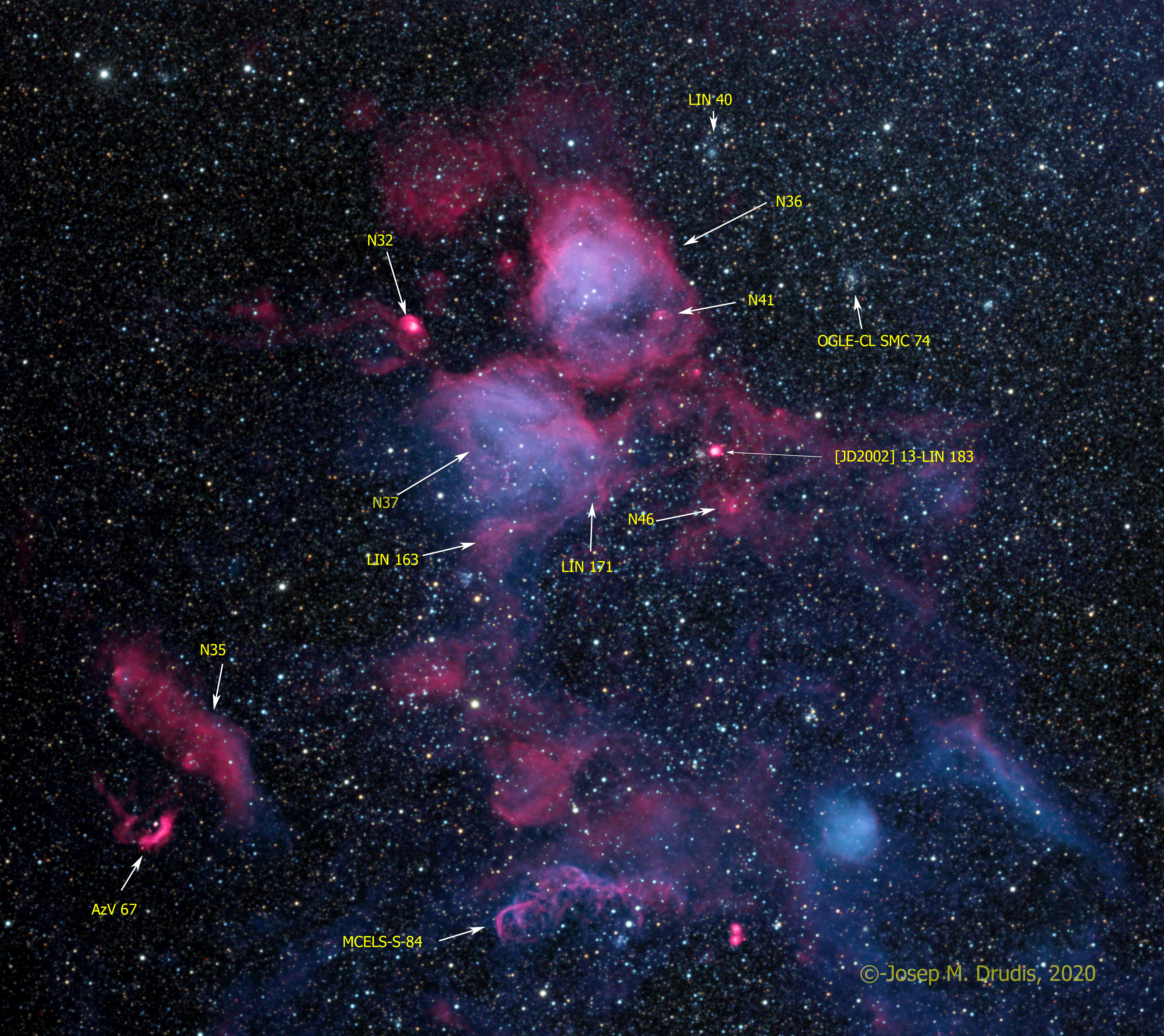