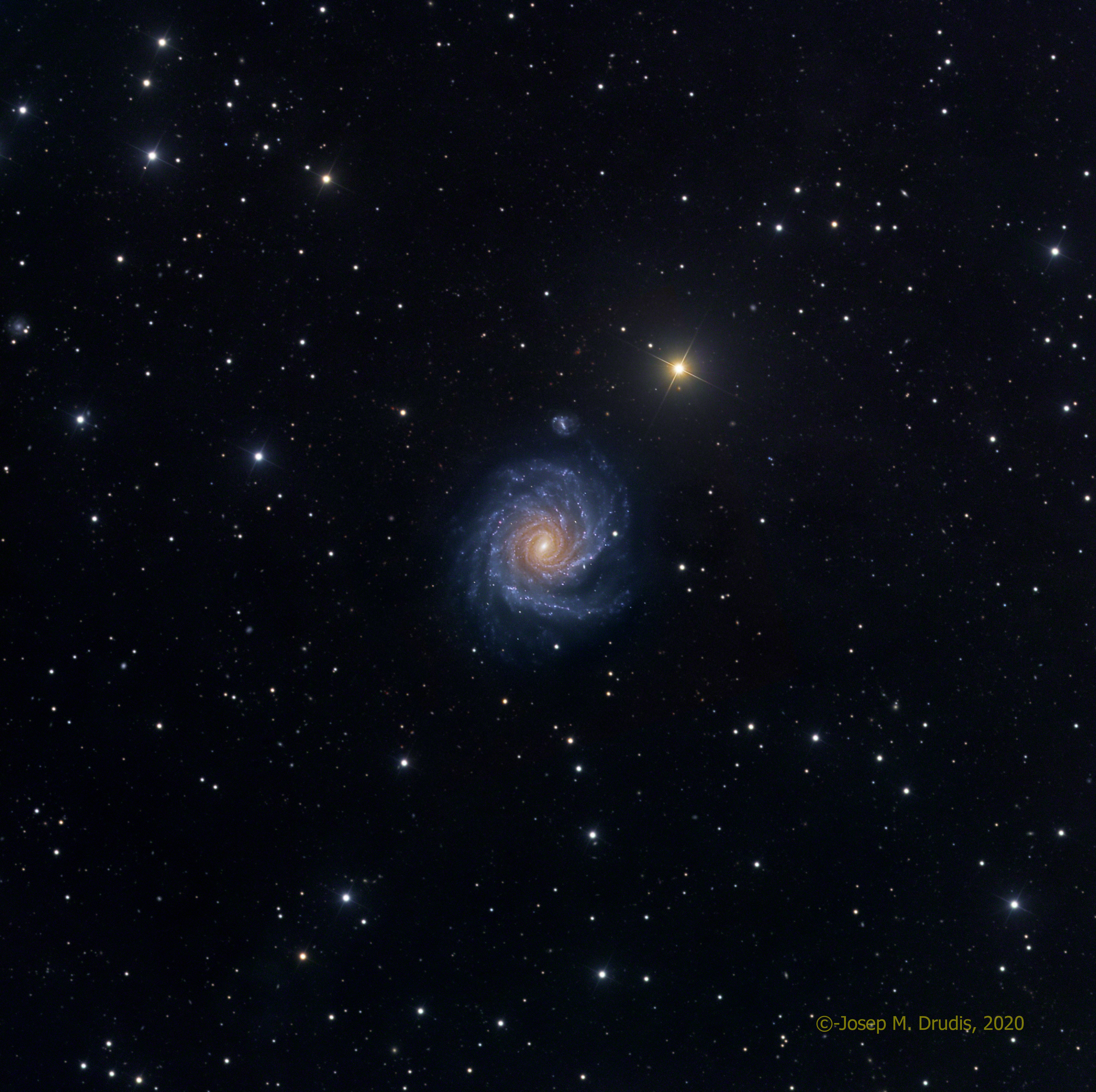 NGC is a face-on spiral galaxy Type SAB located at about 60 Million light years in the constellation Eridanus. In this image, we can also see NGC 1232A, the faint companion just above NGC 1232 (see annotated image below), the faint galaxy LEDA 135010, on the upper left border and HD 19764, a prominent, bright yellow-orange, magnitude +10.3 star, belonging to the Spectral Type K1III. NGC 1232 is larger than the Milky Way, but smaller than the Andromeda Galaxy, M31. In 2013, the CHANDRA (orbiting X-ray observatory) team published an image of NGC 1232, taken only in the X-ray field. I have superimposed this image to the optical LRGB image and this can be seen in the annotated picture below. It has been proposed that this cloud-like emission can have originated by a collision of a small dwarf galaxy with NGC 1232. The the comet-like tail would give information about the trajectory of the colliding galaxy. The mass of this cloud is not possible to be calculated with enough precision because, in absence of additional information, the thickness of it cannot be determined. This way, its mass could be between 40,000 solar masses (if the cloud is thin as a cake) and 3,000,000 solar masses (if it would be spread uniformly). In 2018, A. Souza et al., measured the Hα luminosity function as a parameter related to star formation. They concluded that, in the region where the X-ray emission is stronger, the star formation rate is lower, probably related to a quenching due to that collision. As it is usual in this kind of galaxies, the movement of its stars suggests that it has a significant amount of dark matter in its halo. 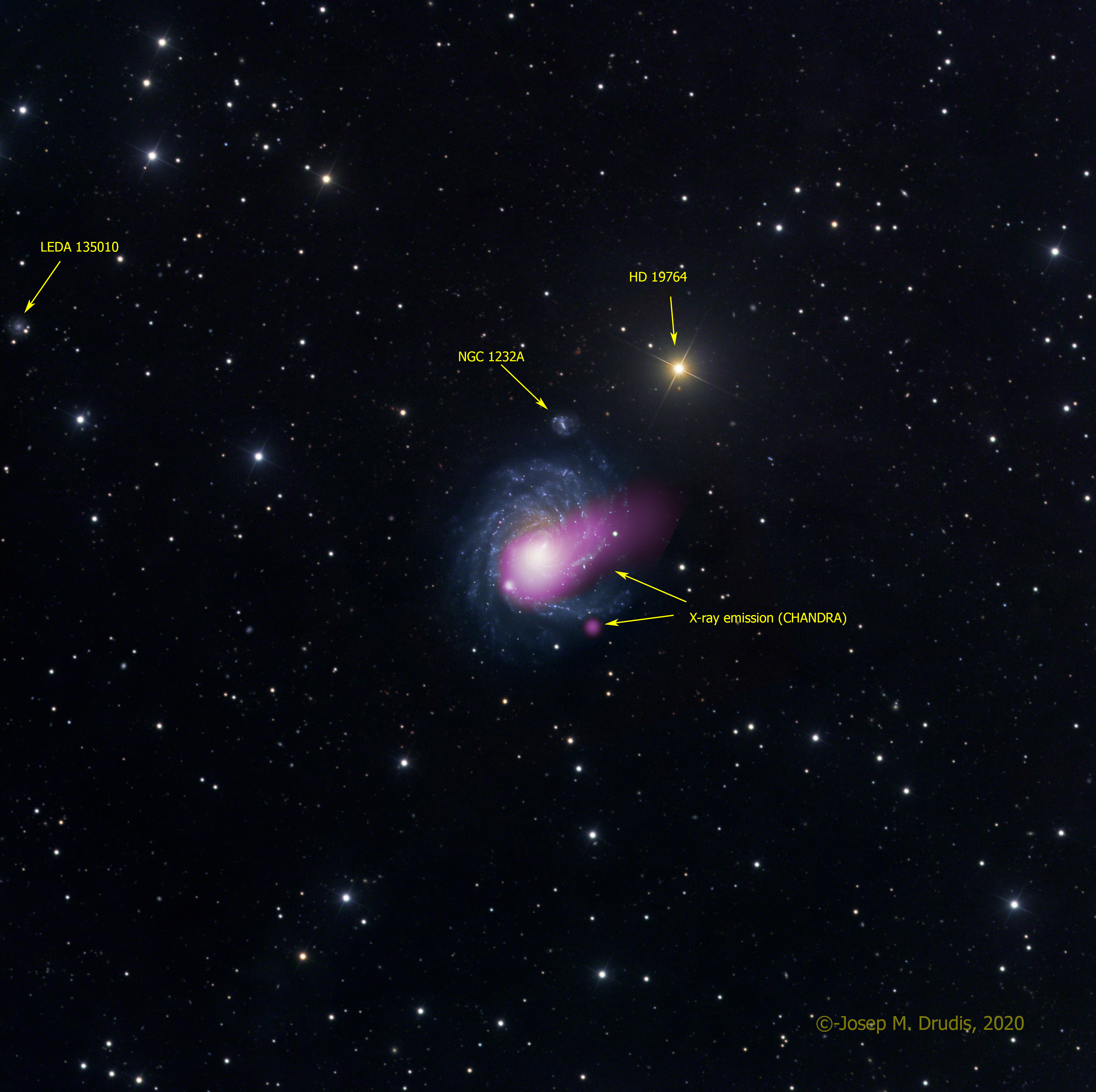