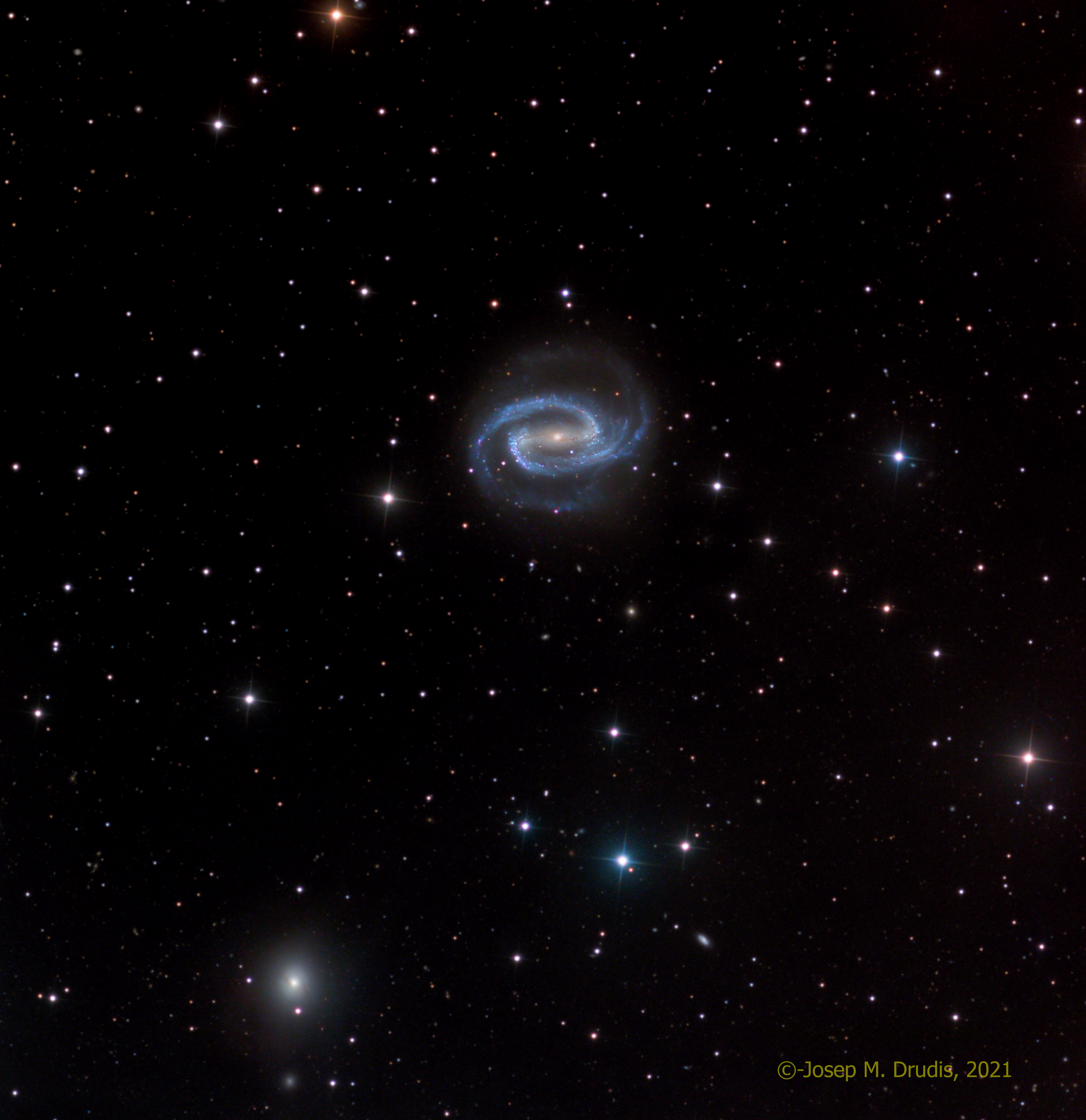 NGC 1300 is a clear example of a barred spiral galaxy. This bar, seems to be funneling gas towards the nucleus of the galaxy, thus conforming a “grand design” spiral structure around it. Although this feature is not visible in this image, I recommend to visit the Hubble site for a full resolution image of this object. With a size about the one of our own Milky Way, the central black hole is way larger than ours (according to A. Graham in 2008), about 73 Million solar masses, compared with 4 Million for our MW. Very often, galaxies with such central Supermassive Black Holes (SMBHs), have an active nucleus and are usually classified as Seyfert galaxies. It is not the case for NGC 1300, because the central Black Hole is not accreting matter and therefore, it is not active.