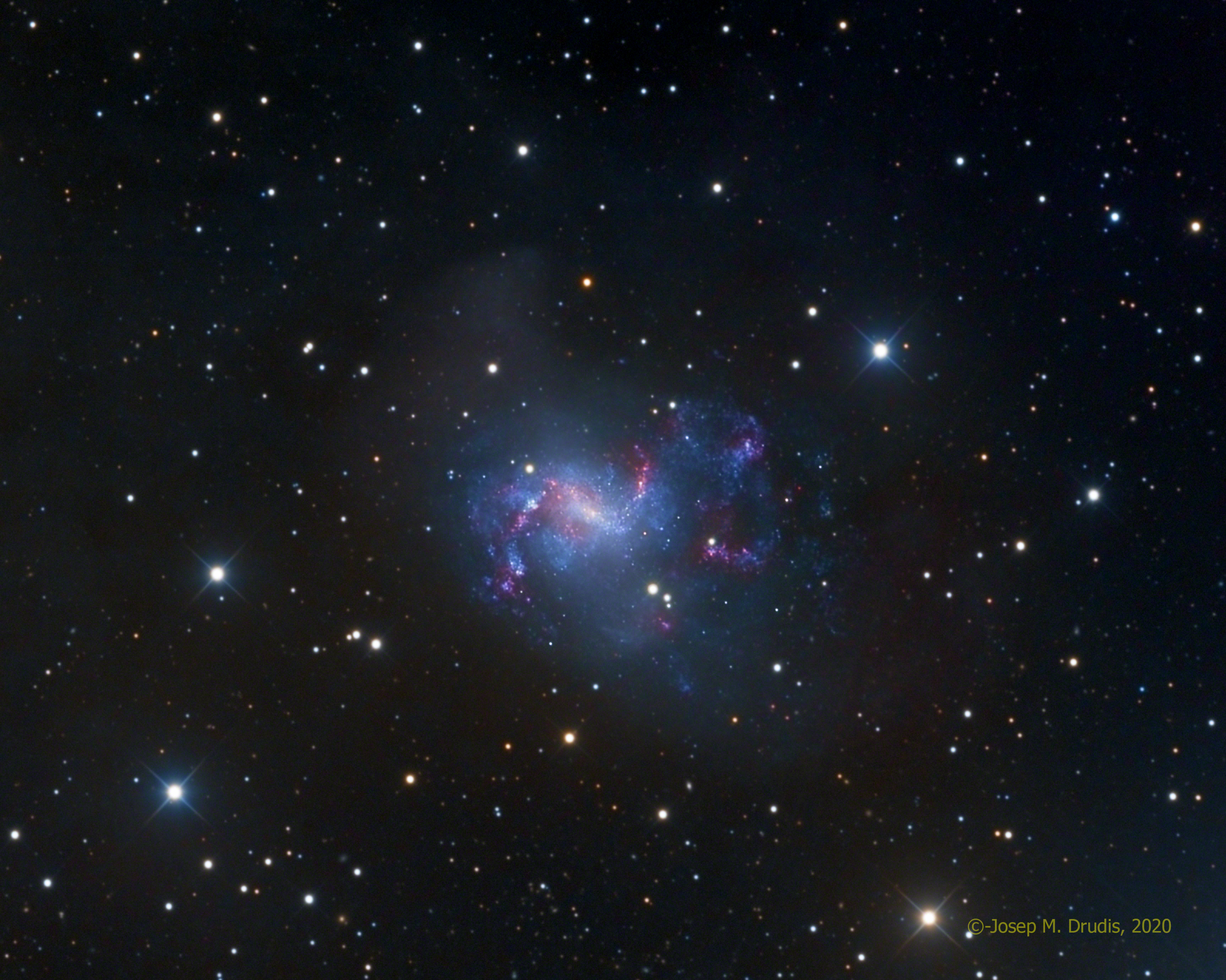 NGC 1313 is a quite peculiar galaxy. Its nickname has been deserved, due to its shape: The Topsy-Turvy galaxy. This is the result of a recent (cosmologically speaking) collision with another galaxy. As a consequence, not only its original shape was heavily distorted, but also the star formation was triggered to a very high rate, according to the high number of young blue stars as well as the abundance of HII regions (red) which are the real cradles of the surging stars.

This galaxy has another peculiarity that differentiates it from other galaxies. It has two Ultra-Luminous X-ray sources. At least, one of them (NGC 1313 X-1) has been found to be associated with an Intermediate- (or Stellar-) Mass Black Hole, a rare kind in itself, with a total mass around 5,000 solar masses.