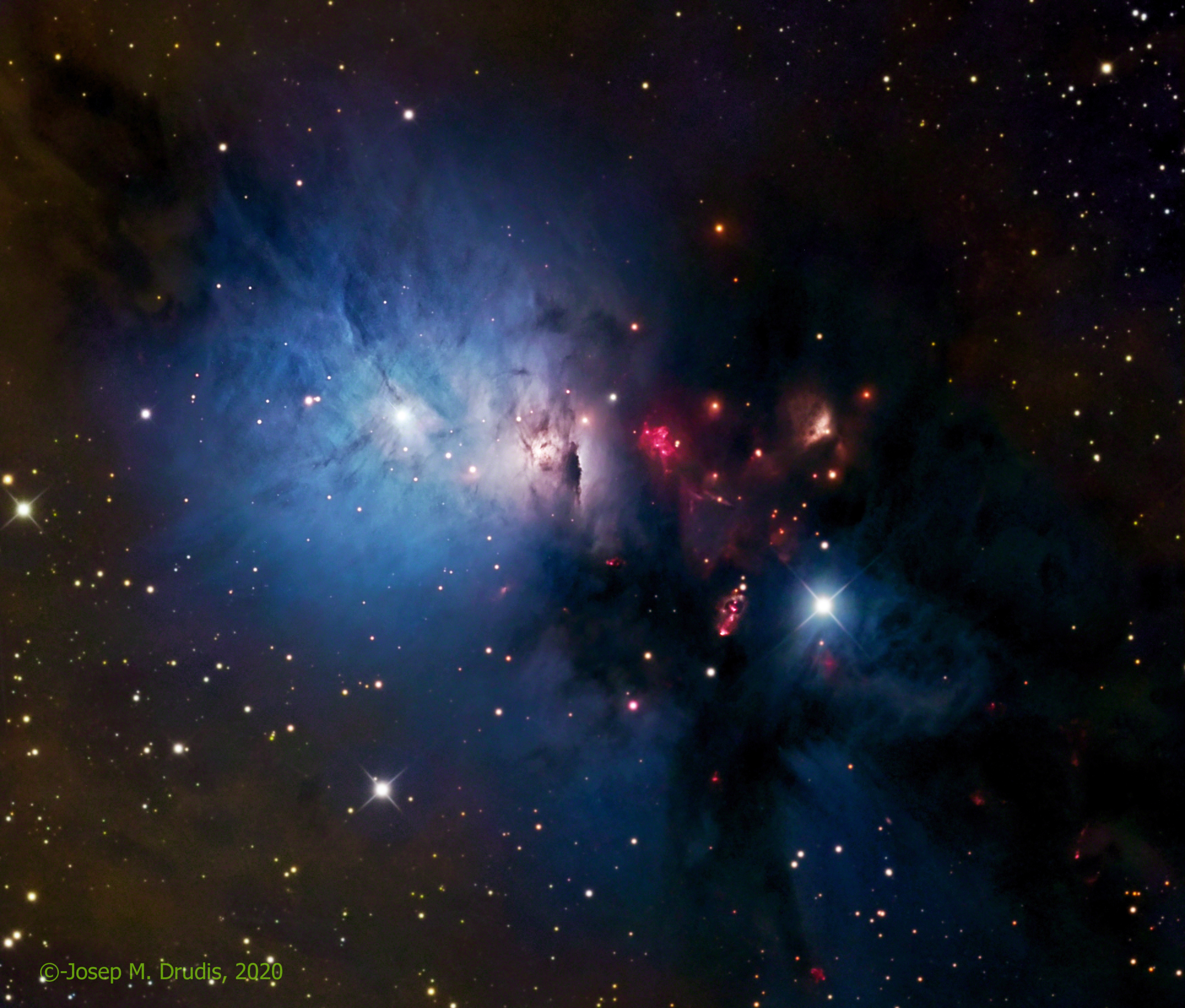 NGC 1333 is a reflection nebula located in the constellation Perseus. It is a part of the broader Perseus Cloud, a vast region about 7 degrees due North of the Pleiades and whose Northwestern tip hosts the well known NGC 1499, the California Nebula. The area of this image shows three well differentiated regions: the reflection nebula, NGC 1333 itself, on the left half; an area where the rate of star birth is very high, the reddish region just left of center, and the surroundings of NGC 1333, a brownish Integrated Flux Nebula (IFN) barely illuminated by all stars in the region. The star birth region is plagued with Young Stellar Objects (YSOs) as well as really many Herbig Haro objects. These objects are bright small nebulosities that emit light (often reddish) when ionized jets from a young star collide with close gas clouds. Herbig Haro objects are short lived (some tens of thousands of years) and change with time fading away later on. 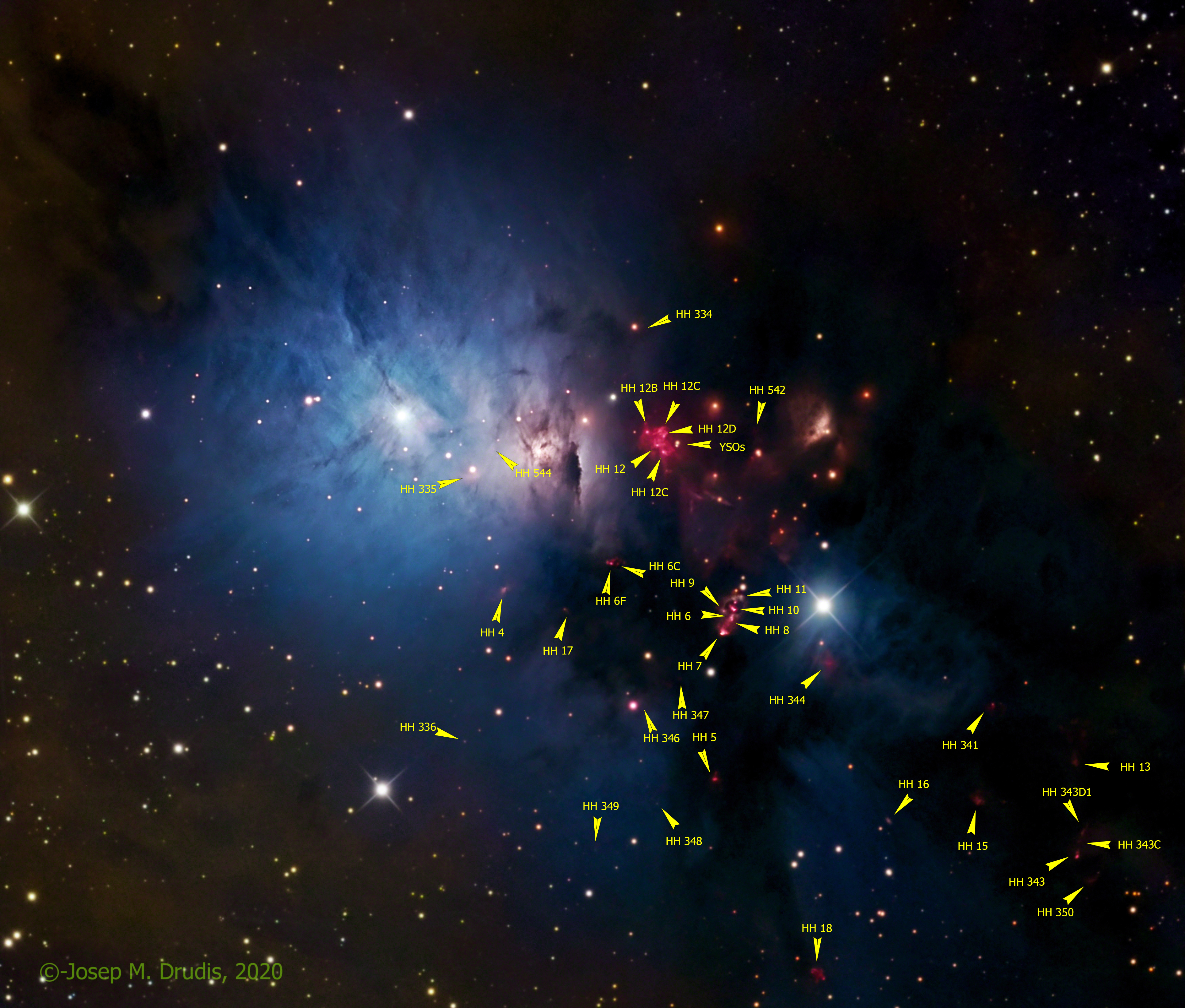 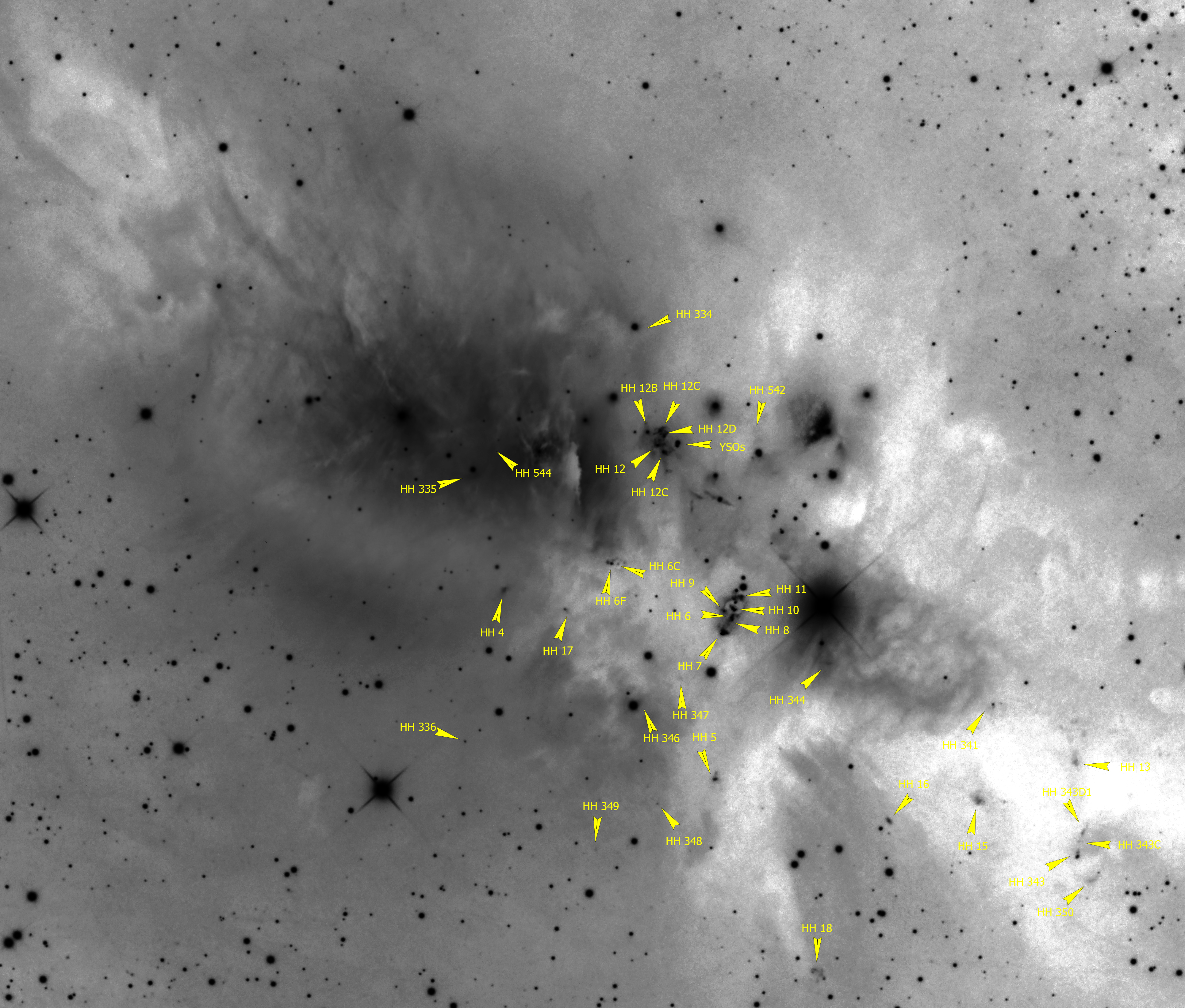