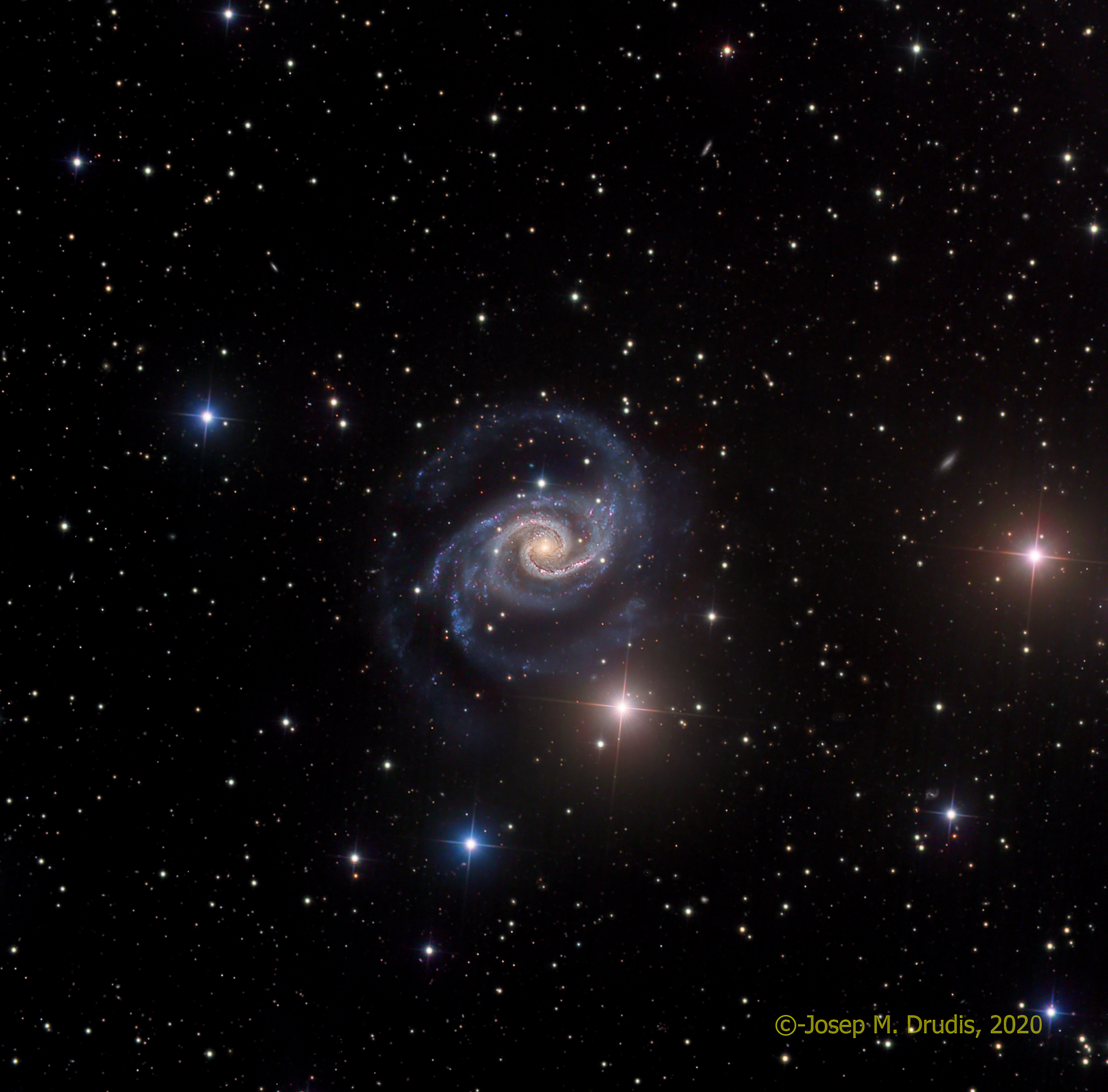 NGC 1566, also known as the Spanish Dancer Galaxy, is a Seyfert galaxy that presents peculiar characteristics. The Seyfert galaxies are divided into two main types (I and II) depending on their spectra. The spectra of Type I Seyfert Galaxies show broad lines, typically associated with emission coming from the accretion disk of a massive black hole located in its center. They also show narrow lines. The spectra of Type II Seyfert Galaxies show only (or mainly) narrow lines. Some galaxies present a noticeable variability in their spectra (usually reducing the presence of broad lines, sometimes even eliminating them), and this feature is the reason why these are called “Changing-Look” Seyfert Galaxies (CL Seyferts).

NGC 1566 belongs to this group and it is a well studied galaxy, having been subject of monitoring since the beginning of the 1960s. There is an irregular cycle of variability lasting about some months, with a longer, wider intensity cycle of 26 years. Onkyansky et al. reported, in 2018 and as recently as June 2020 (three months ago, as this text is being written), that this irregular variation might be due to tidal star stripping and the longer term variation to instabilities in the Accretion Disk of the central supermassive black hole, that in NGC 1566 has a mass of 13 Million solar masses.