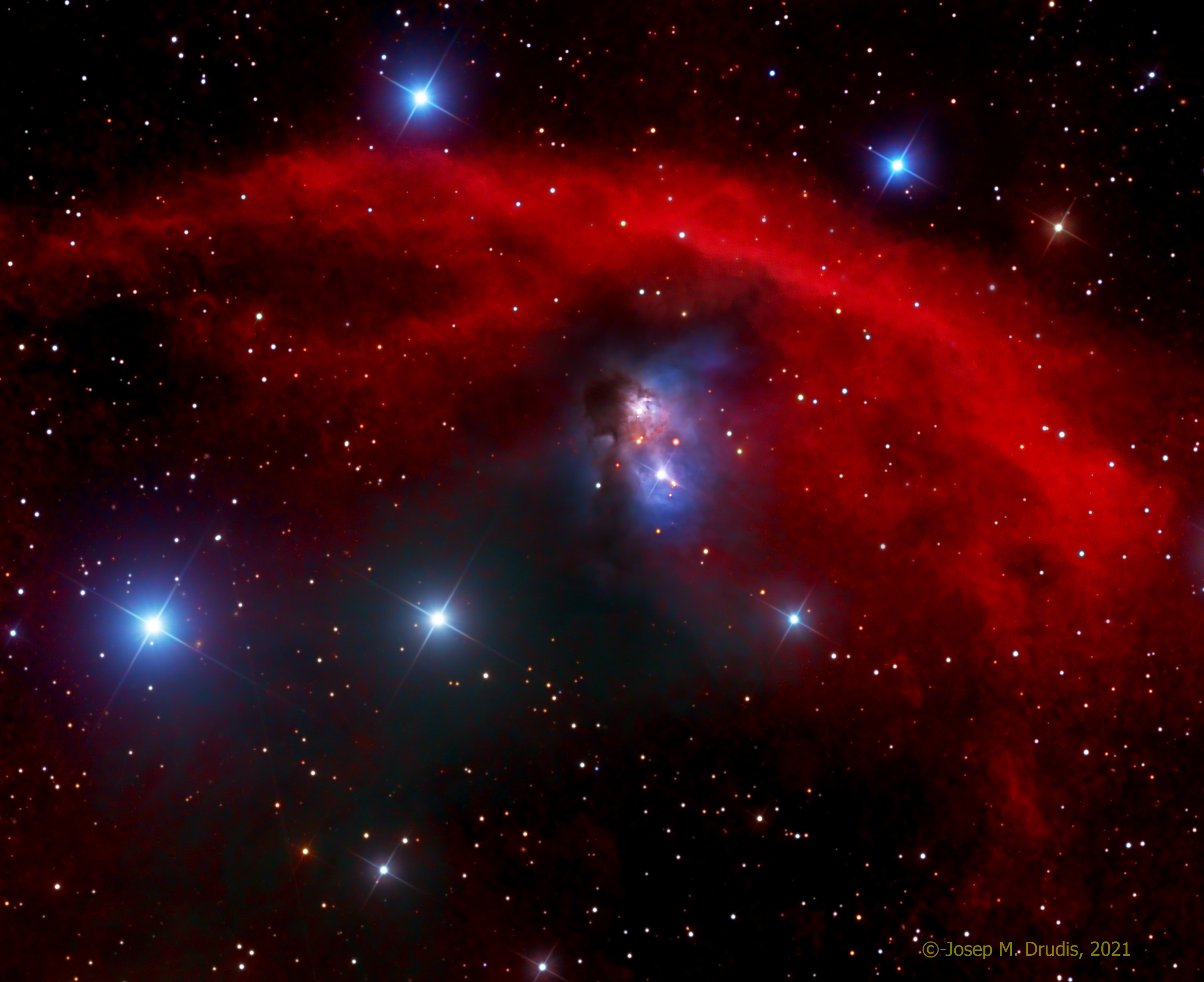 NGC 1788 is the reflection nebula seen around the center of this image. It is a nebula that is located in the constellation Orion, in an area full with molecular and ionized Hydrogen clouds. There are several informal names for this nebula: The Cosmic Bat, The Fox Face among others.  It is an isolated cloud and as a star birth region, presents an ideal “laboratory” to study how the shock waves generated by its own young stars influence the creation of new ones.

This image was taken with broadband (LRGB) filters, as well as narrowband Halpha to better capture the surrounding ionized Hydrogen cloud.