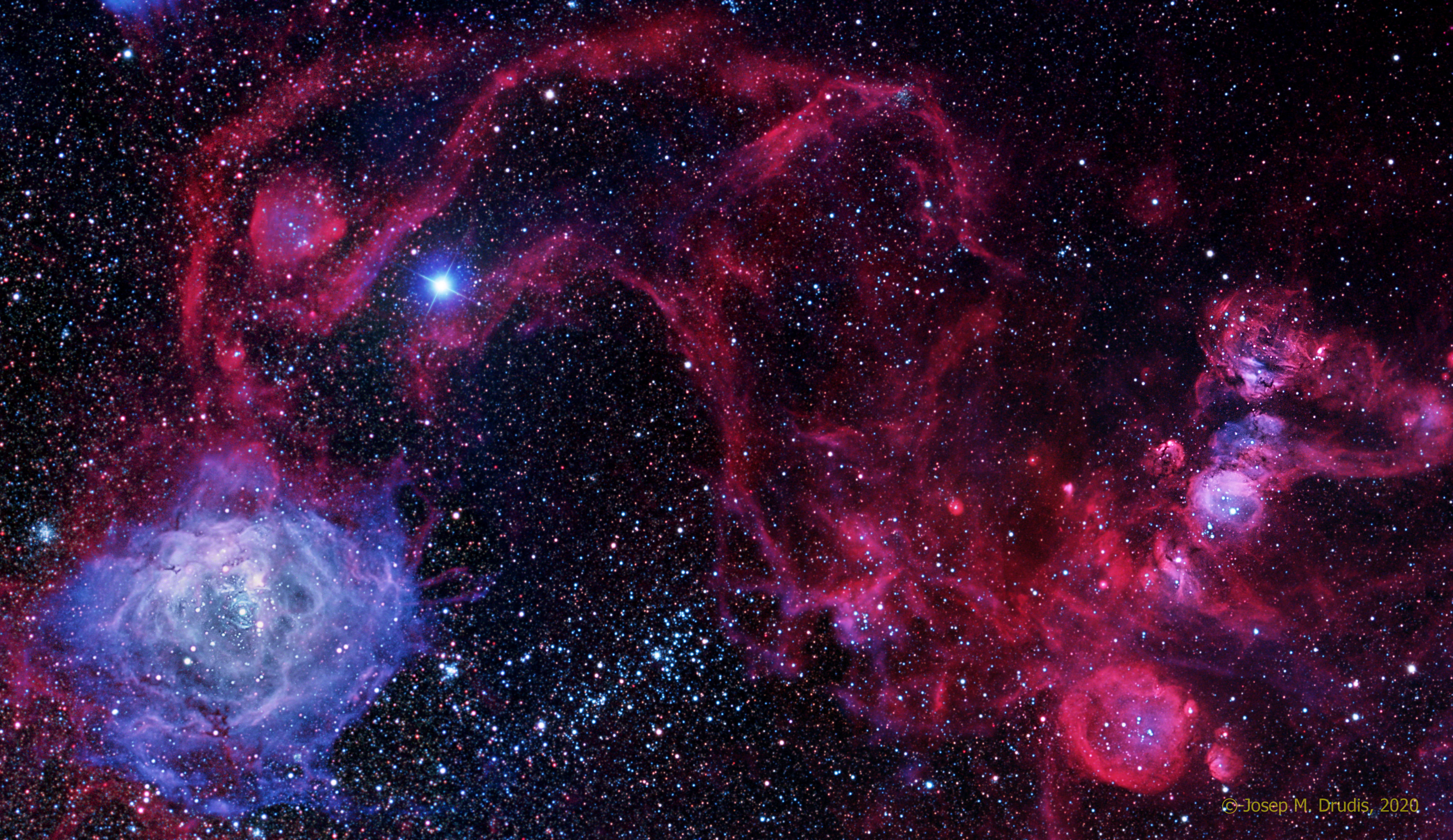 This is an image with some peculiarities. NGC 1966 is the open cluster that fuels the nebula located at the bottom left. It is the shapes of the nebulae in this mosaic what is amazing. Located in the Large Magellanic Cloud, these nebulae are fueled by several open clusters that irradiate Hydrogen (red) and Oxygen rich (bluish) nebulae.

In many cultures, the gift of a rose is interpreted as a token of love/appreciation. Anyhow, as usual, love opens many question marks, that are dealt with as time goes by… Amazingly, this region shows exactly that. The “rose” on the lower left is framed by two big question marks (see image below). This image has been inverted (East to West) as if seen through the eyepiece of a telescope equipped with a diagonal prism, in order to get a better view of the “question marks”. 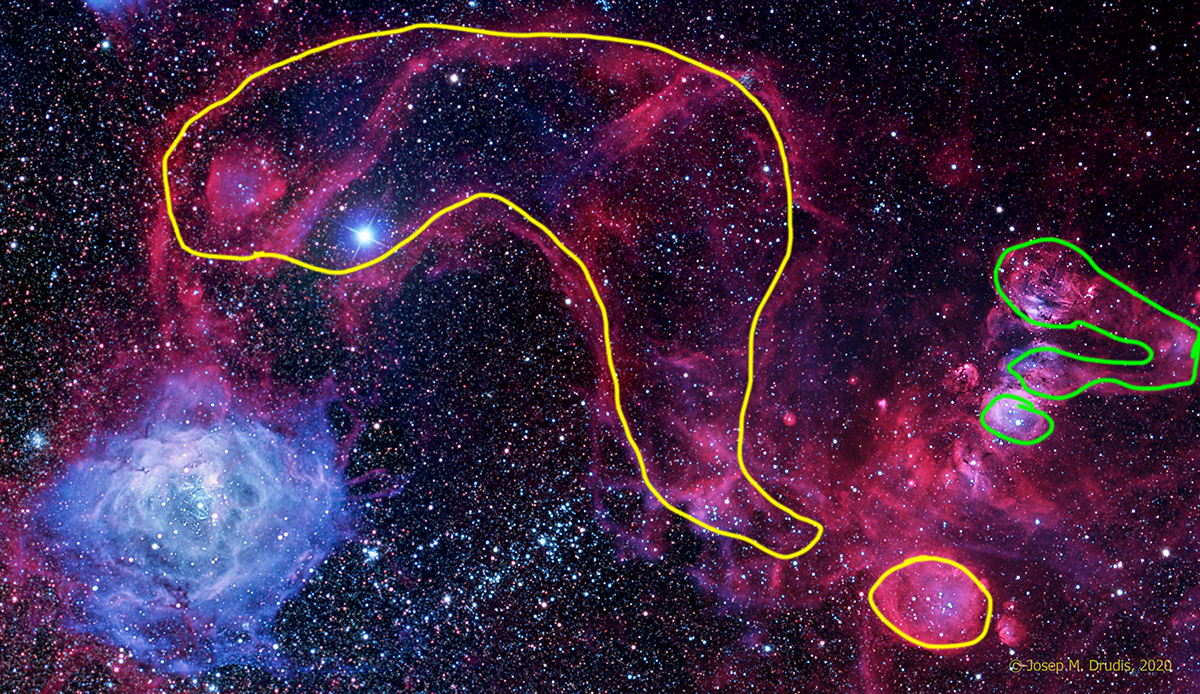