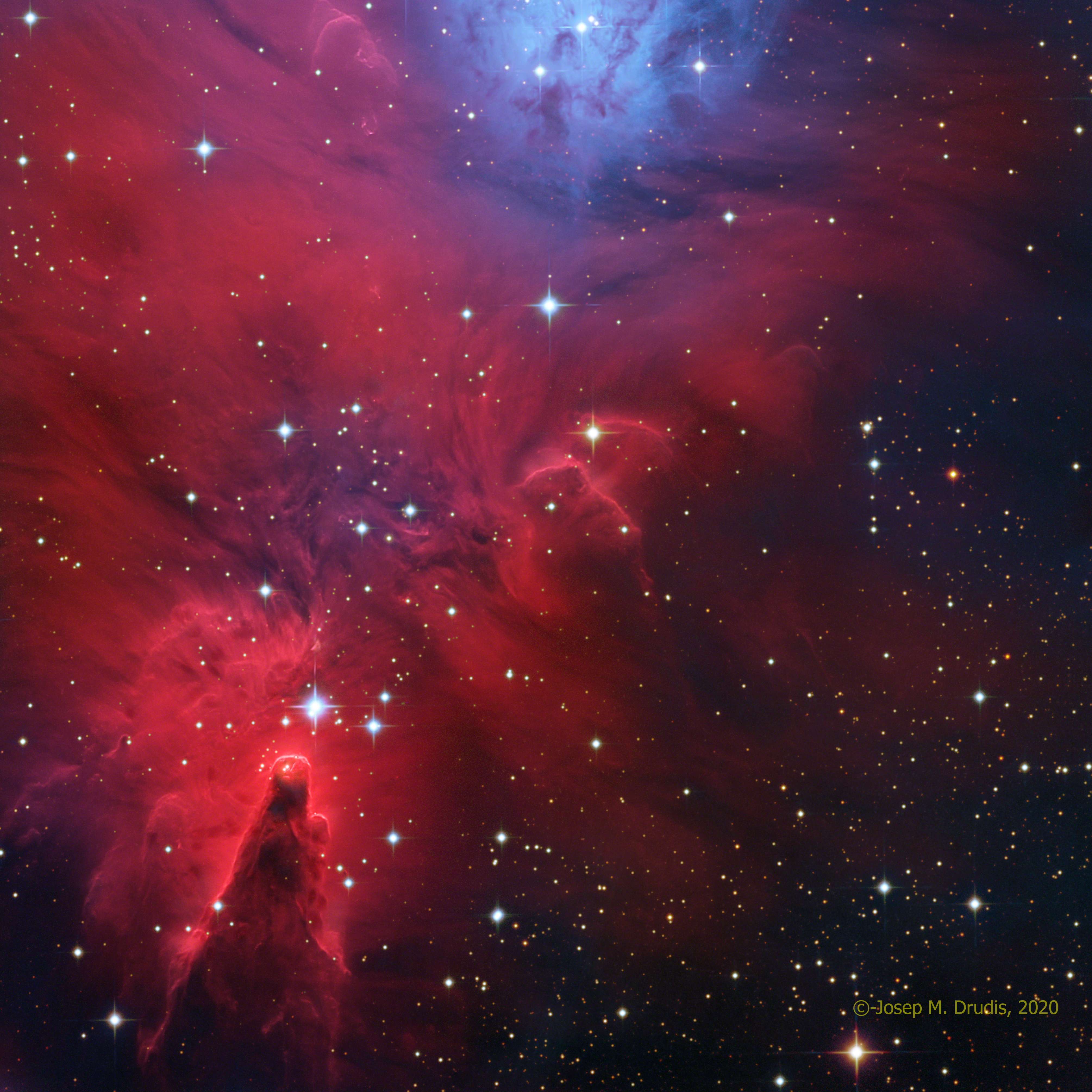 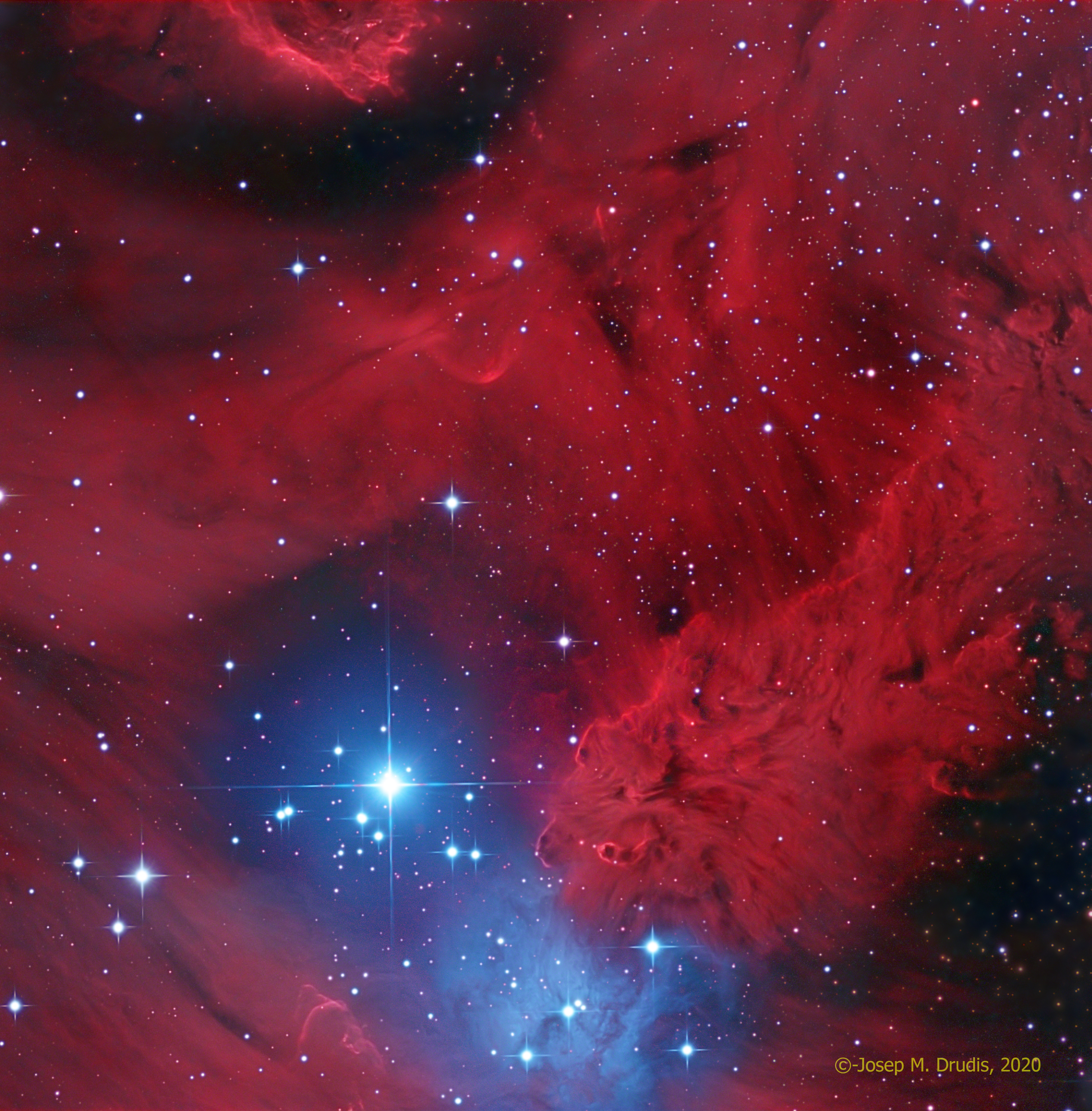 Click on any of the images for a full resolution version

These images show NGC 2264, a young open cluster (lower half of the second image) formed in a Hydrogen cloud that still surrounds it, whose emission is fueled by the multiple O and B hot giants belonging to the cluster. The cluster’s brightest star, S Mon, is a massive, multiple, variable star. With at least three components, its combined mass is over 55 solar masses (29, 21 and 5.1). This cluster carves and shapes its surrounding nebulosity, like the Cone nebula (bottom left of the first image, see first image and mosaic below) or the “cave” surrounding it, just left of the Fox Fur Nebula (lower right of the second image, center right of the mosaic below).

Being this region a very active star forming area, it contains numerous Herbig Haro objects, structures that are associated with the first stages of star formation. The region in these images (see annotated images below) contain at least 31 Herbig Haro objects, 30 of which have been captured in the images. A remarkable object in the first image is IRS1 (above the Cone Nebula), which is a very active IR spot containing some young stars and it is a powerful source of MASER radiation. 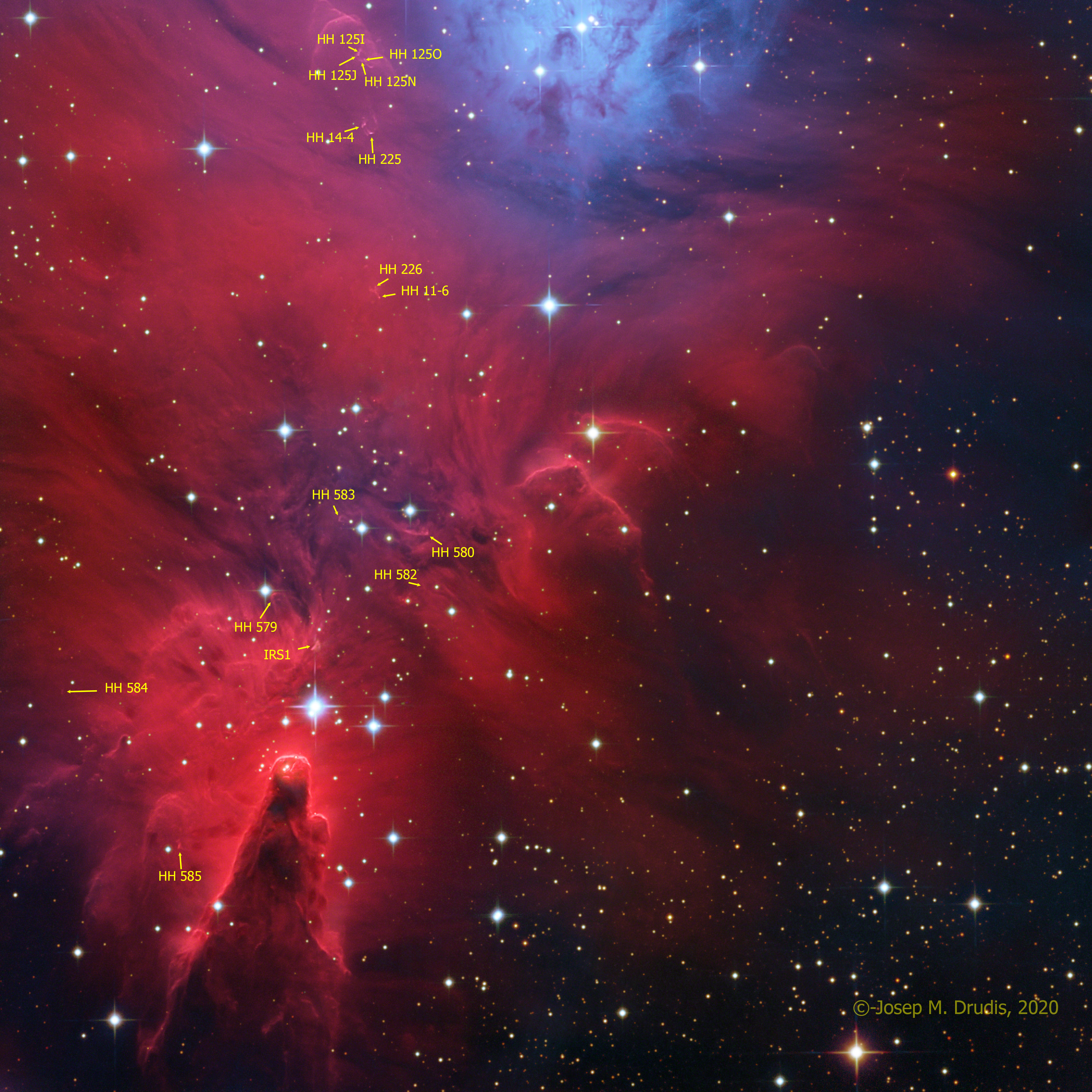 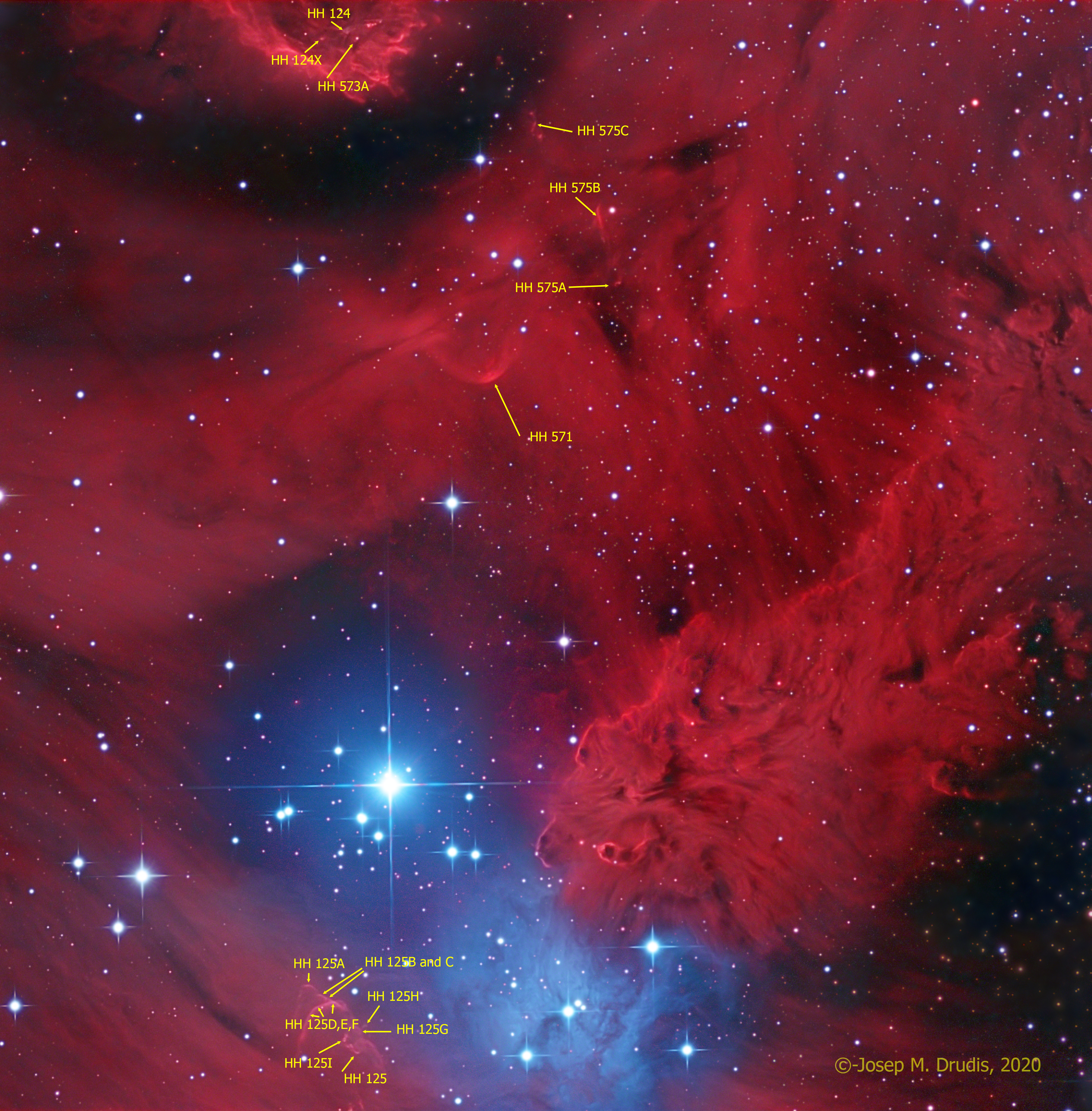 These images have been taken with narrowband filters, but the OIII emission is very weak and mostly related to the broadband reflection nebula visible at the center of the composited two tile mosaic (see below). Additional to the usual narrowband frames, long exposure time Blue frames were also taken, to capture and show the delicate structure of the reflection nebula. 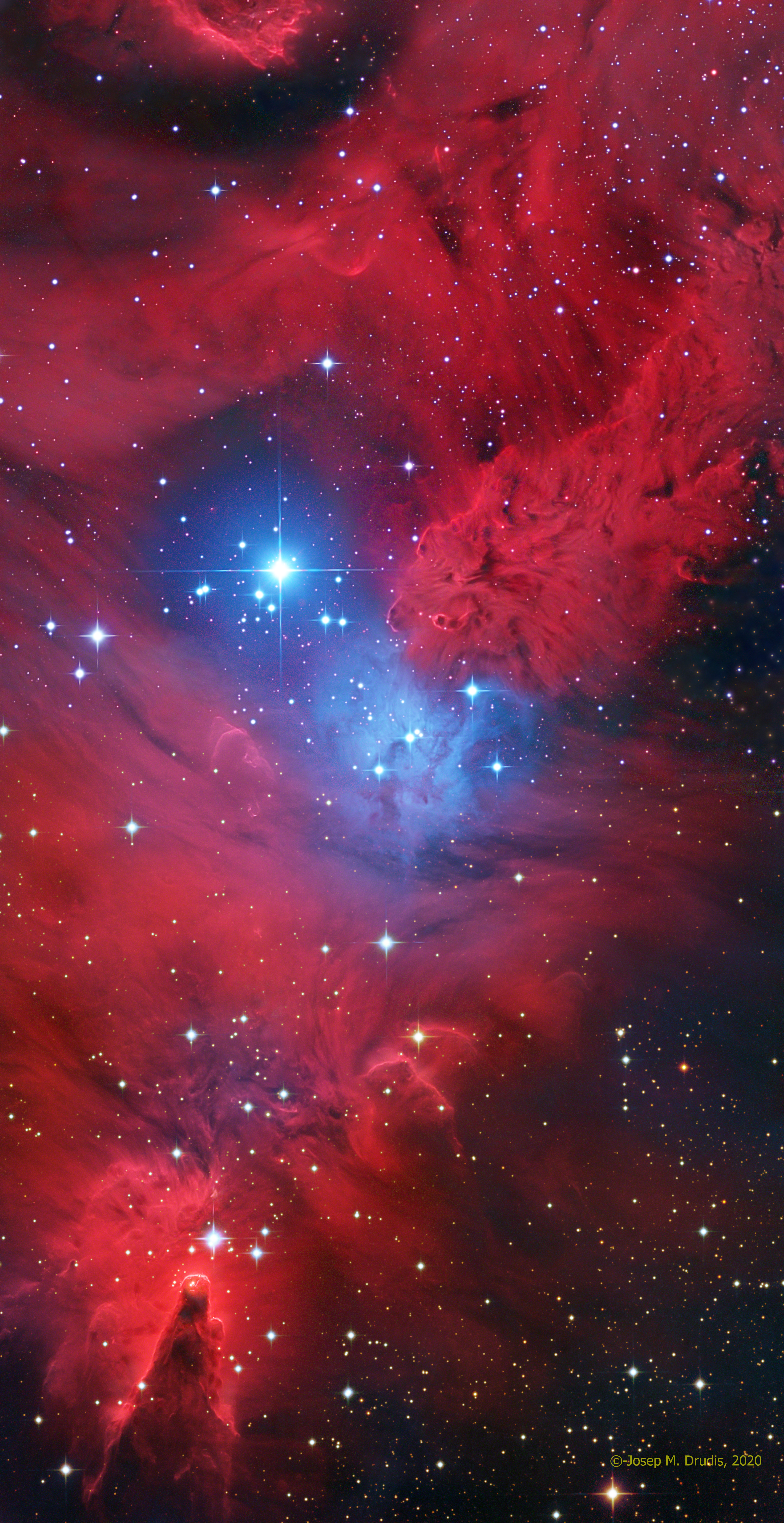