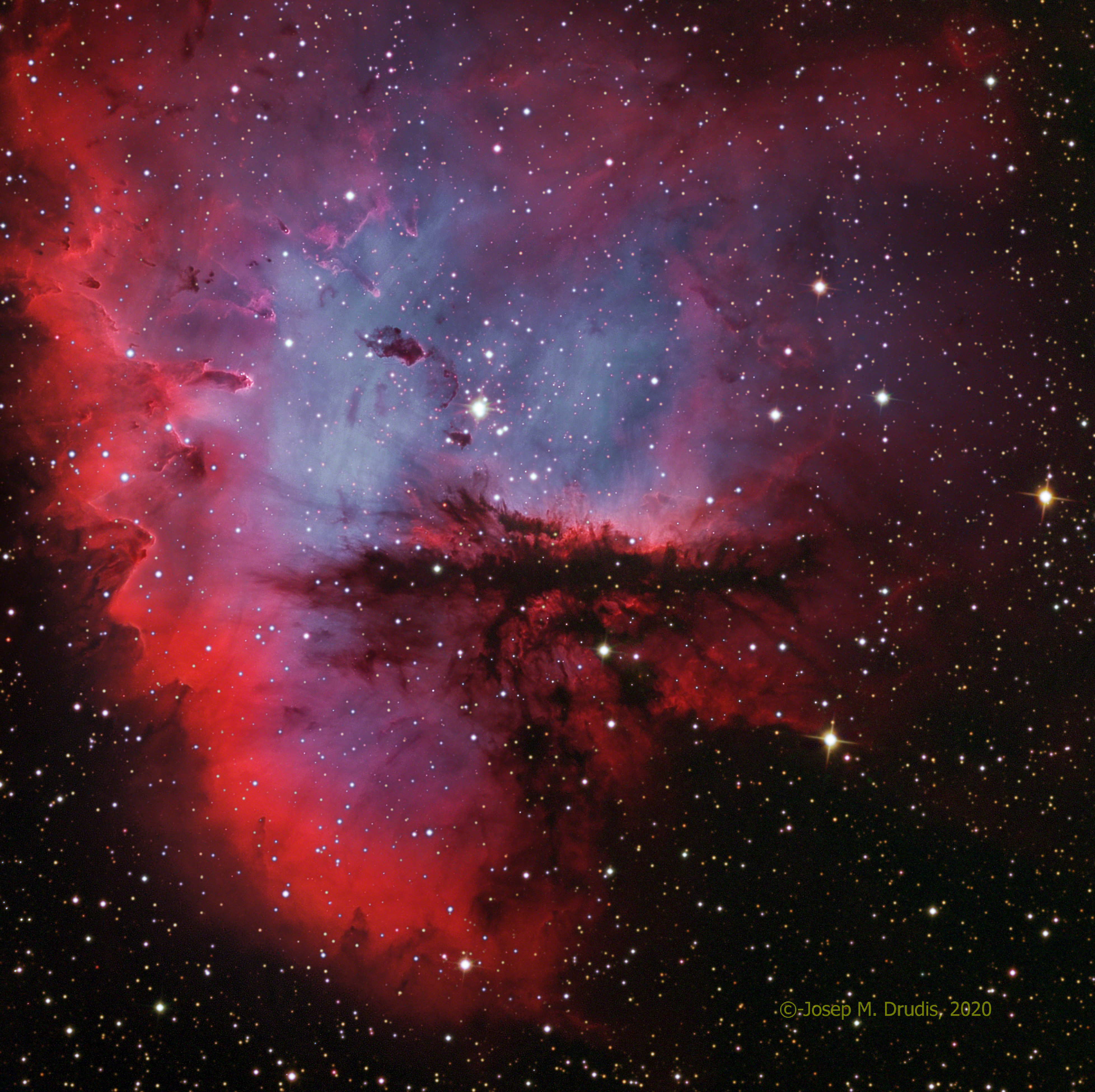 The dust/Neutral Hydrogen (HI) clouds are the place where many new stars are formed. The effect that these newborn stars have on the surrounding clouds is, mainly, twofold. Firstly, the stellar winds from the massive/hot stars pushes the gas/dust away and, where there is any denser concentration, they carve “pillars”. These pillars point towards the source of the stellar winds. The second effect is that the surrounding cloud gets heated, and the excited gas starts to glow. Oxygen glows greenish-blue, Hydrogen glows red, as well as Sulphur and Nitrogen do.

NGC 281 is no exception to this. Inside it, a young open cluster has been “recently” formed (about 3.5 million years ago) and is carving and fueling the surrounding nebula. In its interior, especially on the left, we can see the “pillars”, all of them pointing towards IC 1590 (this is also confirmed by their bright “tips”, which are the resulting bow-shocks). Actually, its brightest star, HD 5005, is a 7.8 magnitude O5.5 giant and is surrounded by its 278 additional O and B companions. Another feature is that there are many Bok globules, dark and small clouds of denser gas/dust concentrations, that are the precursors of stars-to-be-formed.

Another interesting feature is the central dark dust lane. This dark lane is interspersed with glowing Hydrogen clouds and its shape suggests that it is being carved/fueled from exactly behind the line of sight and, most probably, not HD 5005, but another massive star that might not be actually visible.