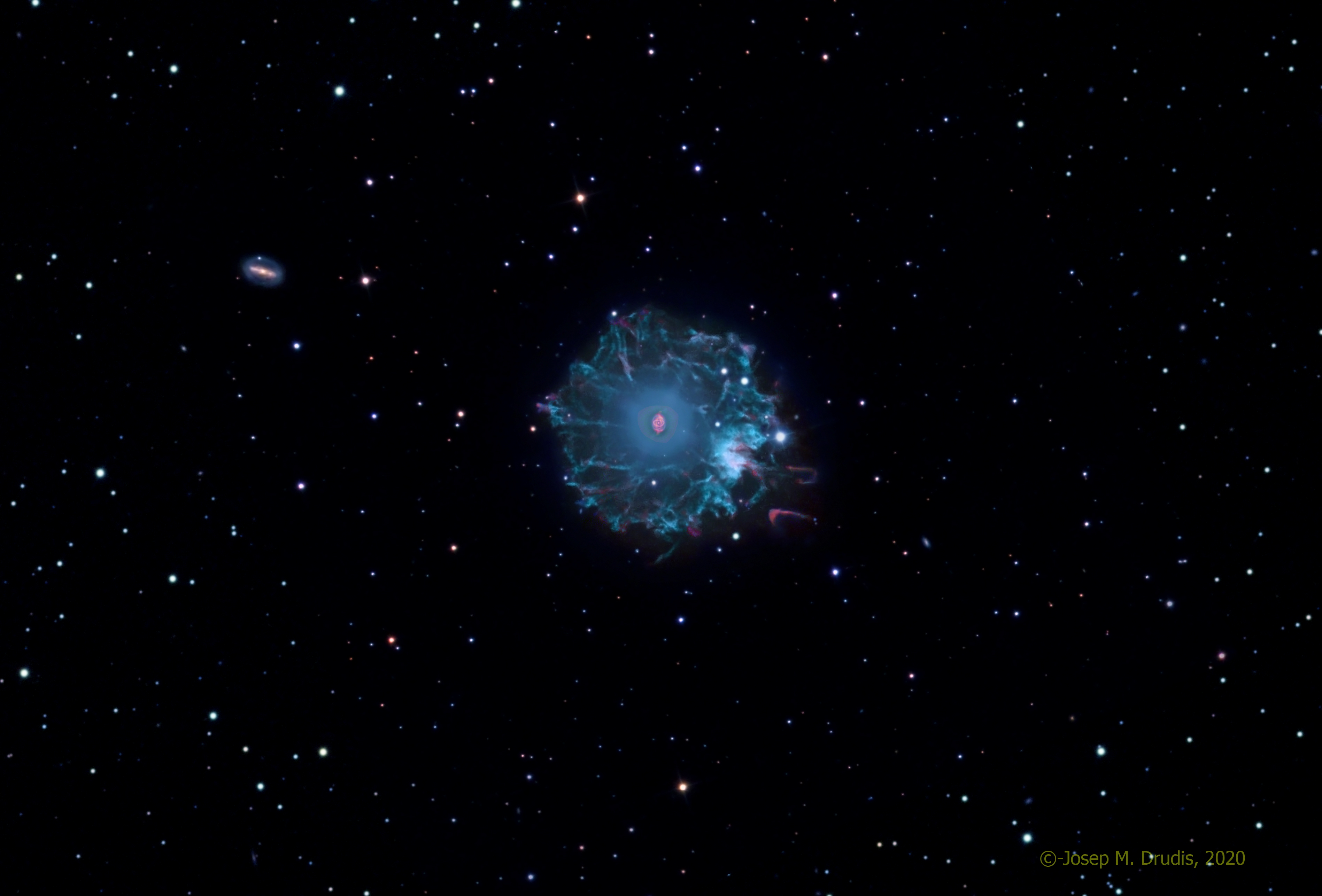 NGC 6543 is a planetary nebula located in the Northern constellation Draco. This nebula has three regions that have been thoroughly studied, especially since the launch of the Hubble Space Telescope (HST). Its core shows one of the most intricate structures ever detected in planetary nebulae. In this image, this fine structure has shown to be more apparent when imaging with a NII filter (658.4 nm) and most of the detail (core) shown in this image was obtained with this filter. Another feature is the “ringed structure” that can be spotted around the core. This structure (actually the so called “rings” are spherical bubbles) was formed by periodic mass pulsations that expelled thin spheres of gas about every 1500 years. This onion-like structure was created, according to Balick et al.,  before the core was finally formed, and contains about 1% of the mass of our Sun (or about the mass of all our planets combined) and are better seen in OIII and NII images. This image shows the structure of the core as well as four of the eleven “rings” around the core. A crop of this image, seen below, shows the core and the rings. The fine structure in the core and the external rings are much better seen in the HST image of it (see below).

The third region is the halo, here showing its greenish-blue and red colors. The nebula is accompanied by NGC 6552, a Seyfert Type 2 galaxy, located at a distance of 365 Mly. 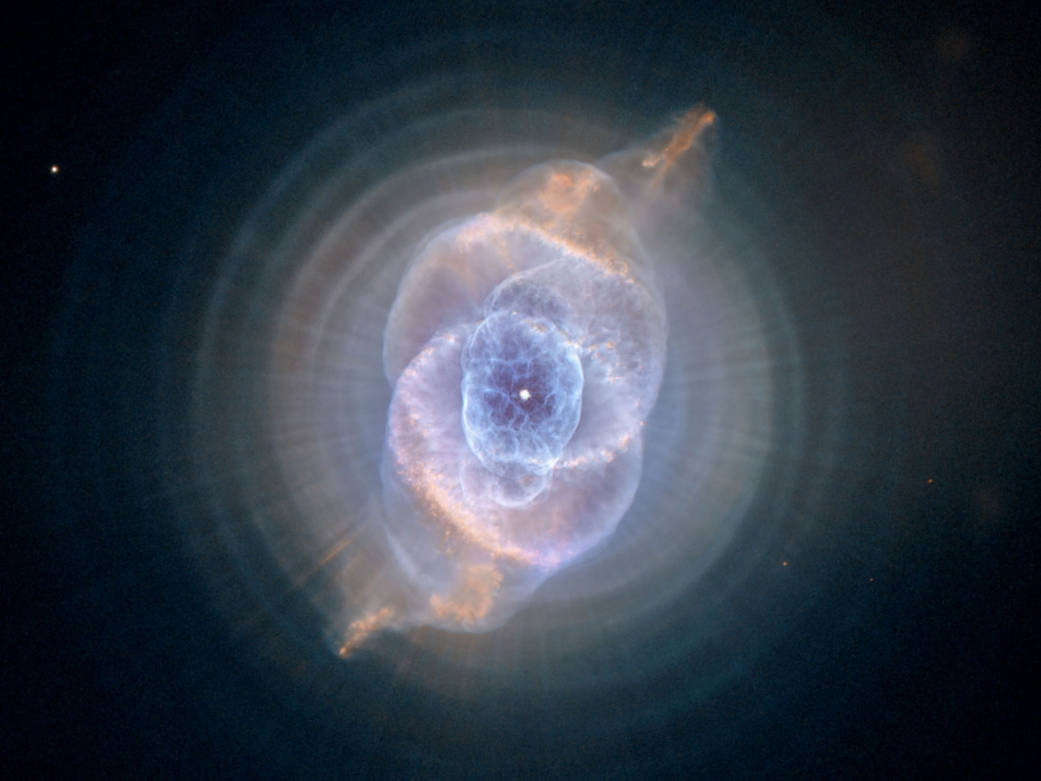 Credit: NASA, ESA, HEIC, and The 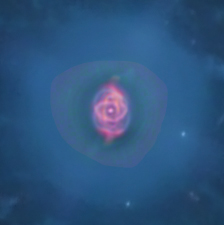