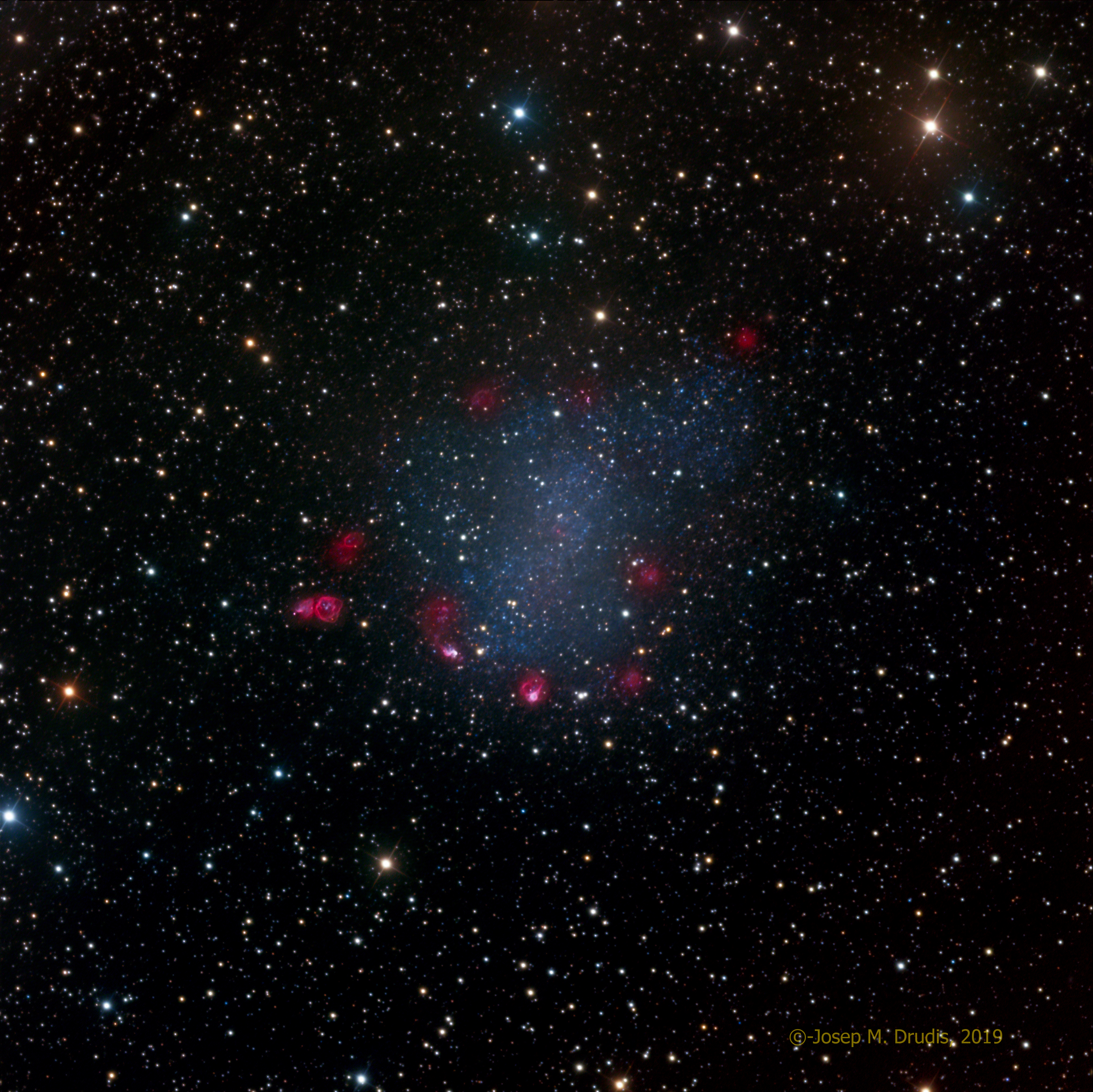 NGC 6822, called “The Barnard Galaxy” because it was discovered by E. E. Barnard (in 1884), is a small barred irregular galaxy with many similarities with the Small Magellanic Cloud. This 16×14 arcmin galaxy is located 1.6 Million light years away in the constellation Sagittarius. Its surface brightness is very low (and hence better viewed or captured with relatively low focal length telescopes or quite long exposure times). Three features stand out in this galaxy: its central bar (in this image running from lower left to upper right), its conspicuous blue OB stars and associations, as well as the easily visible red nebulae, HII regions where stars are being formed. The nebulae have been studied by several astronomers. Among others, Barnard himself in 1925, Hodge et al in 1977 and Killen and Dufour in 1982. In the annotated image below, the catalog names of the nebulae correspond to “H77” (Hodge 1977) and “KD” (Killen and Dufour). There is also a remarkably faint HII region just at the central region of the galaxy, here marked with its name: [LCM2005] HII 8. 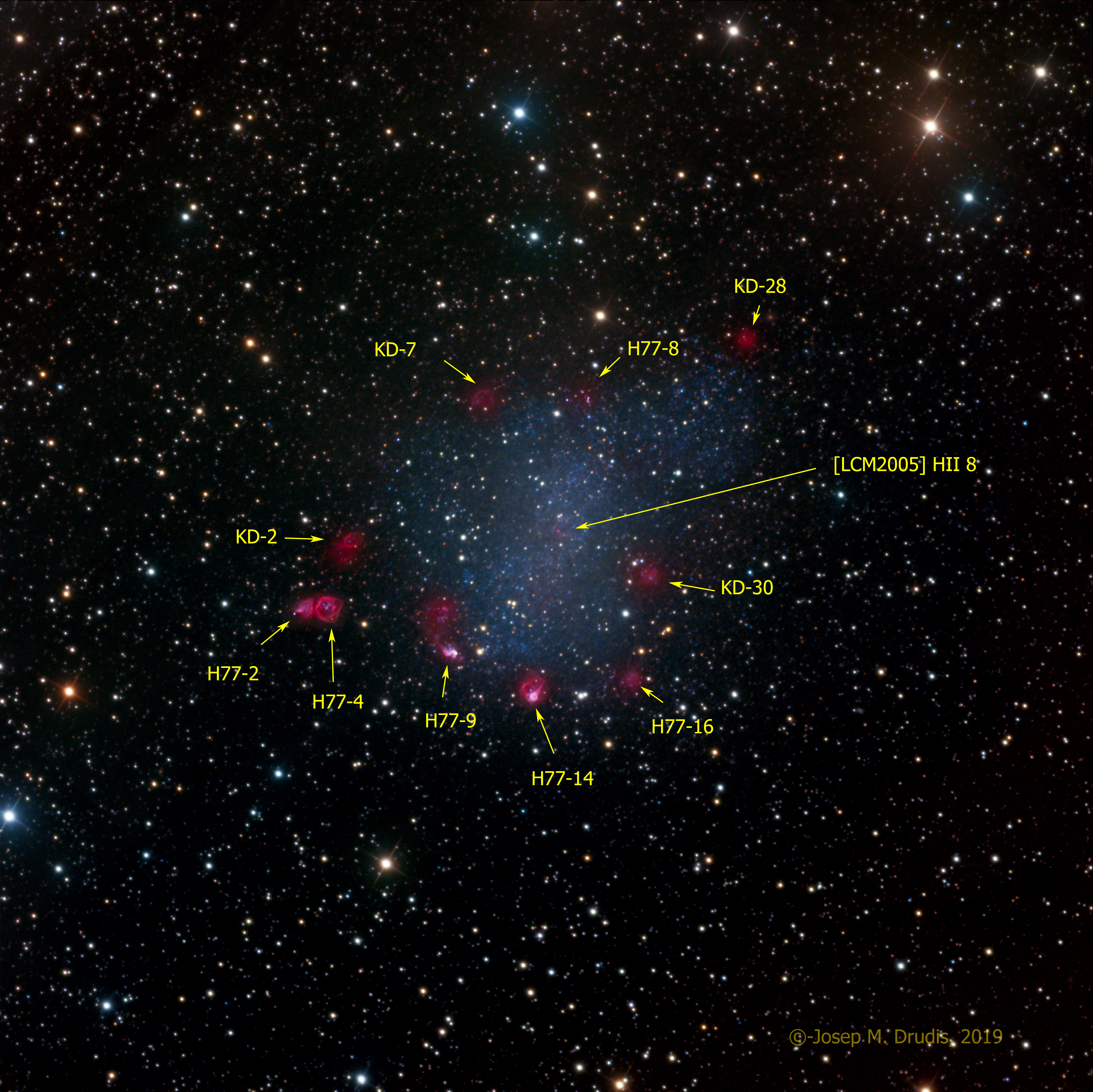