This image was selected as Astronomy Picture Of the Day (APOD) on November 25, 2019.

The name NGC 6995 was assigned to a specific region of the Eastern Veil Nebula (the Southernmost one; the Northernmost one receives the name of NGC 6992). Located about 2,100 light years away, in the constellation Cygnus, the Veil Nebula is a SuperNova Remnant (SNR) that originated with the explosion of a massive star (about 20 times that of our Sun) about 7000-8000 years ago. When it exploded, its brightness may have rivaled that of the Moon. It has two distinct regions (Eastern and Western -called NGC 6960-) and occupies a “donut” of about 3 degrees in diameter. Most of the expelled gas is located on this donut, but a very special (fainter) region is located in the central area. It is called the Williamina Fleming’s Triangular Wisp (it is also known as Pickering’s Triangle, but its discoverer was Fleming).

This image was taken with narrowband filters (3nm Ha, OIII and NII). Actually, the NII emission is quite strong, but not much different than the Ha. Usually, the NII emission shows additional parts of the nebula, when compared with 3nm Ha. In this case, the Ha emission shows more regions not present in the NII than otherwise. The image below is a heavily stretched version (negative) of the difference between Ha-NII. It shows a clear long and thin “T”-shaped wisp on the left that is not present in the NII image, as well as other brighter (dark) regions that are stronger in Ha than in NII, but present in both. 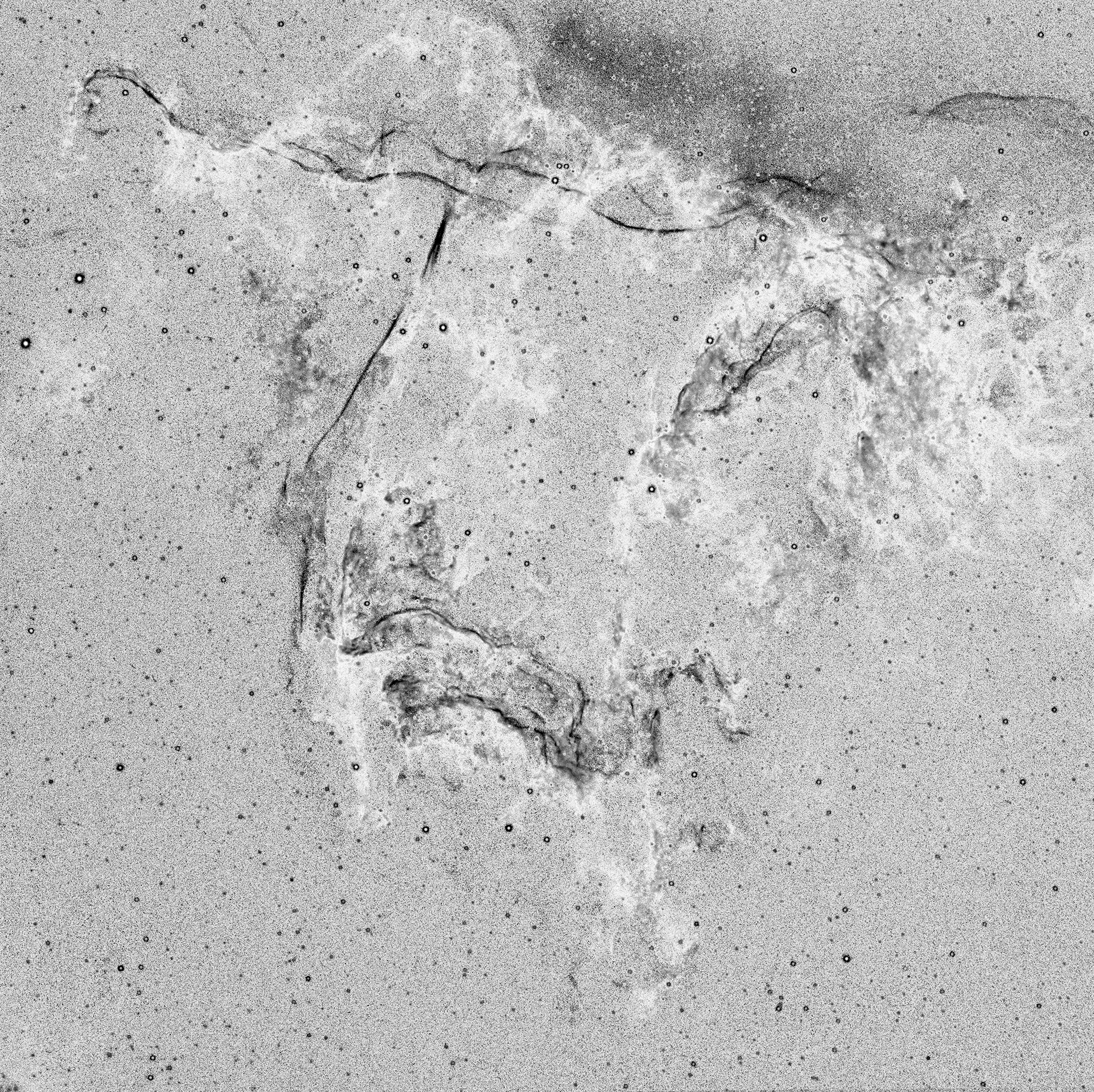