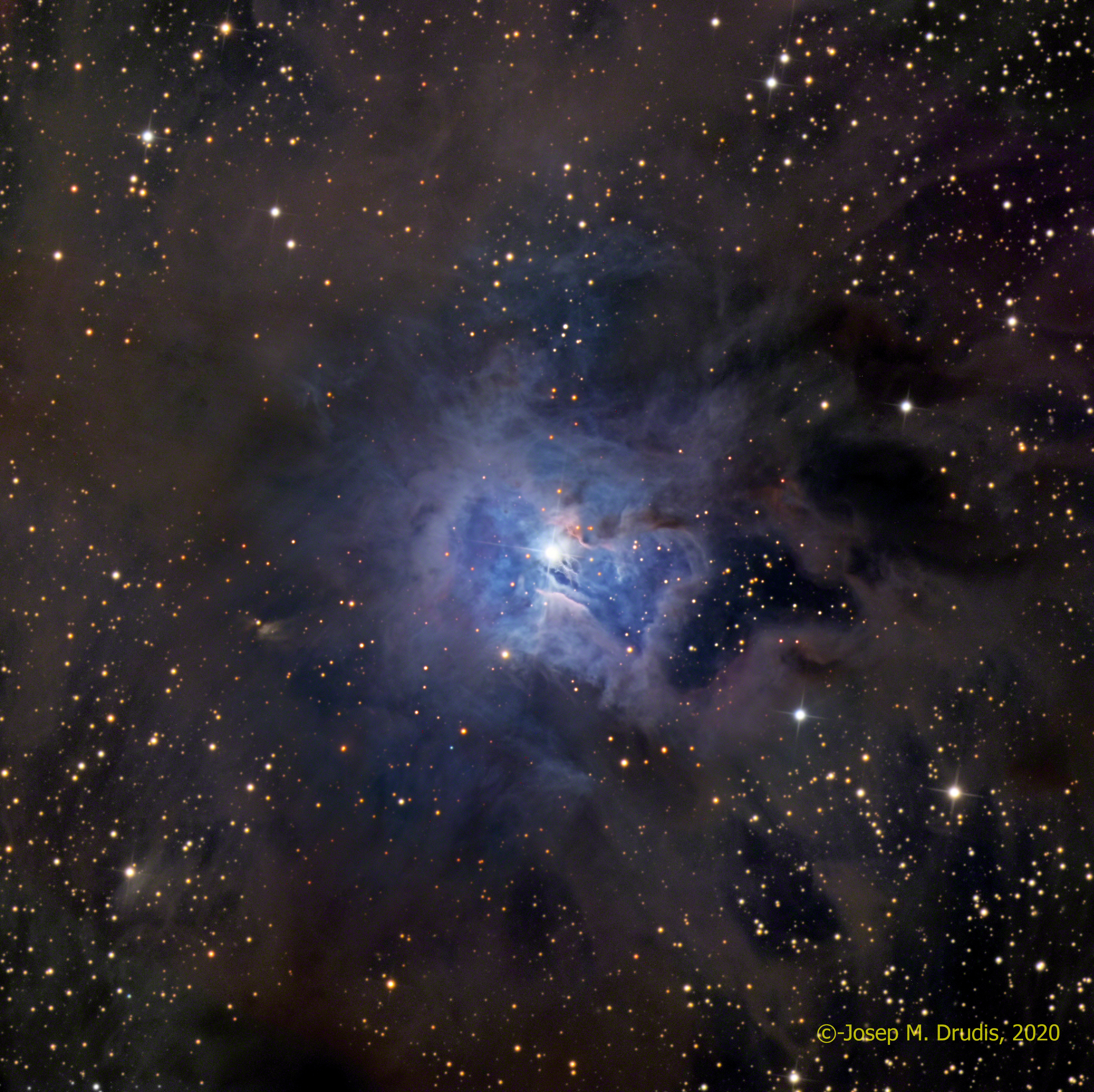 NGC 7023 is a catalogued as a reflection nebula. The central star, V380 Cep or HD 200775, is a double star (mag +7.367 and +13.4) with an orbital period of 3.7 years. It is a B3-Type, 10 solar mass pre-main sequence young star. It is this star the culprit of this nebula’s shape and colors. Actually, the star is hot enough (17000 K, surface temperature) to excite close Hydrogen atoms and put a reddish tint on the blue areas close to the star. HD 200775 was considered a variable star in the past. E. Halbedel measured its magnitude variations during four years and found none within the precision of the measurements. More recently, a very low variation (+/- 0.02 mag) has been found with a period of 10.2 days.

This nebula was thoroughly studied by Watt et al. with radio-telescopes located in the Netherlands and published a paper, in 1986. They concluded that this nebula had a bipolar structure with a hot disk around the central star and perpendicular to the axis of the lobes.

This image was taken in broadband LRGB. Images taken with a Hydrogen alpha filter were not used, as they did not provide any additional information compared to the broadband data. This region has several Herbig Haro objects, but they are located outside the field of view of this image.