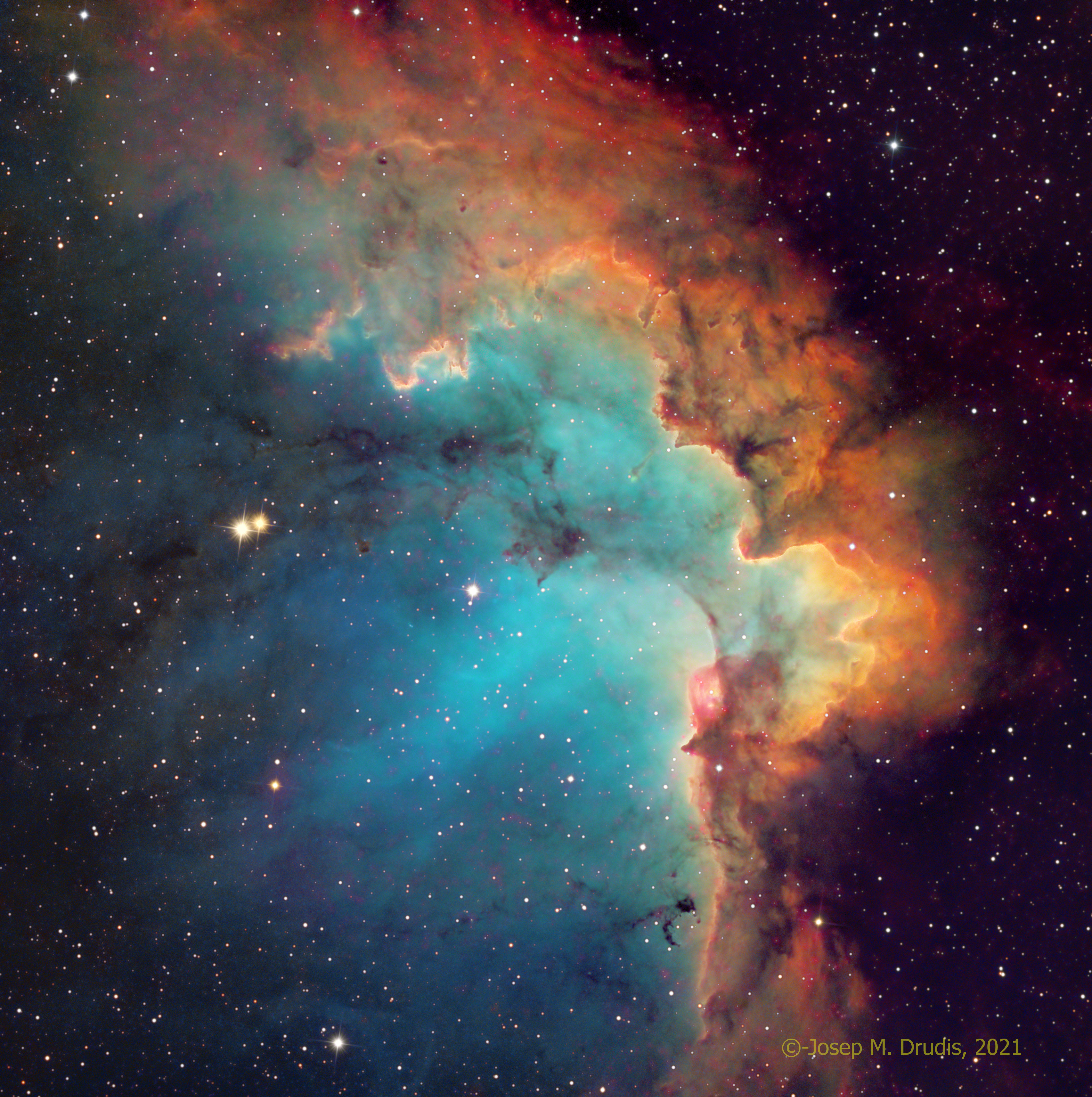 NGC 7380 is the catalog reference to an open cluster located in the constellation Cepheus, that formed from a dense gas cloud about 4 million years ago. Around it, there still remains part of the original cloud and it is illuminated (excited) by some of the bright, blue O and B stars of the cluster. This nebulosity is called Sh2-142, but usually assigned the same catalog number as the cluster, NGC 7380, or its colloquial name, the Wizard Nebula. The nebula is mostly excited by one of the cluster’s stars, HD 215835, an 8.85 magnitude eclipsing binary, also known as DH Cephei. This is the bright star closest to the rim of the nebula. The cluster itself has a large proportion of variable stars, mostly classified as slowly pulsating B stars, β-Cep or even as δ-Scuti stars. Some researchers consider that they might belong to a new class of variables.

This image was taken with narrowband filters (Ha, OIII, SII) and short RGB images for the stars. The upper image has been color mapped in an unusual way, with dual color assignations, in order to better differentiate the emissions of the different gases. The lower image was mapped to “natural” colors. 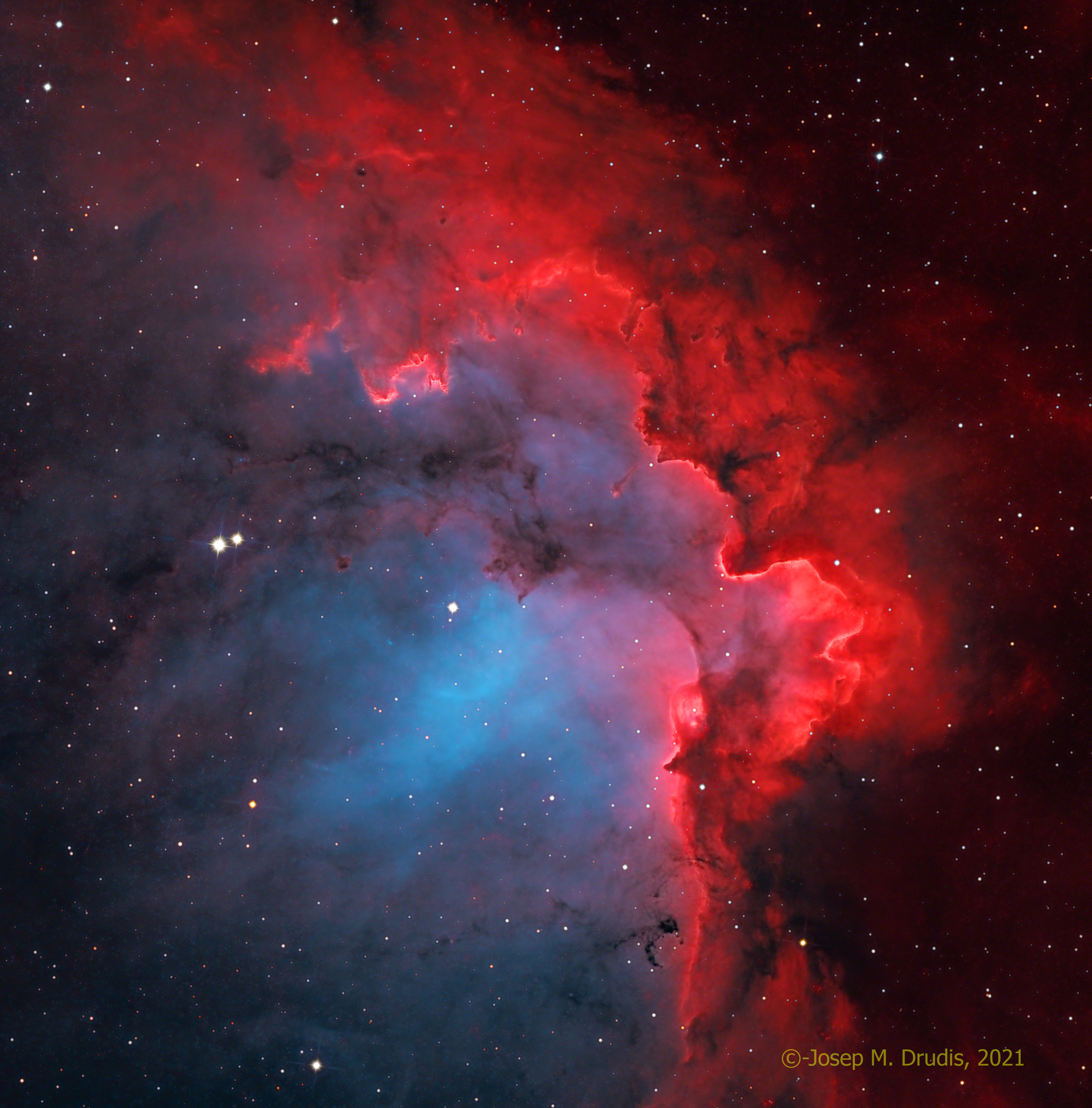