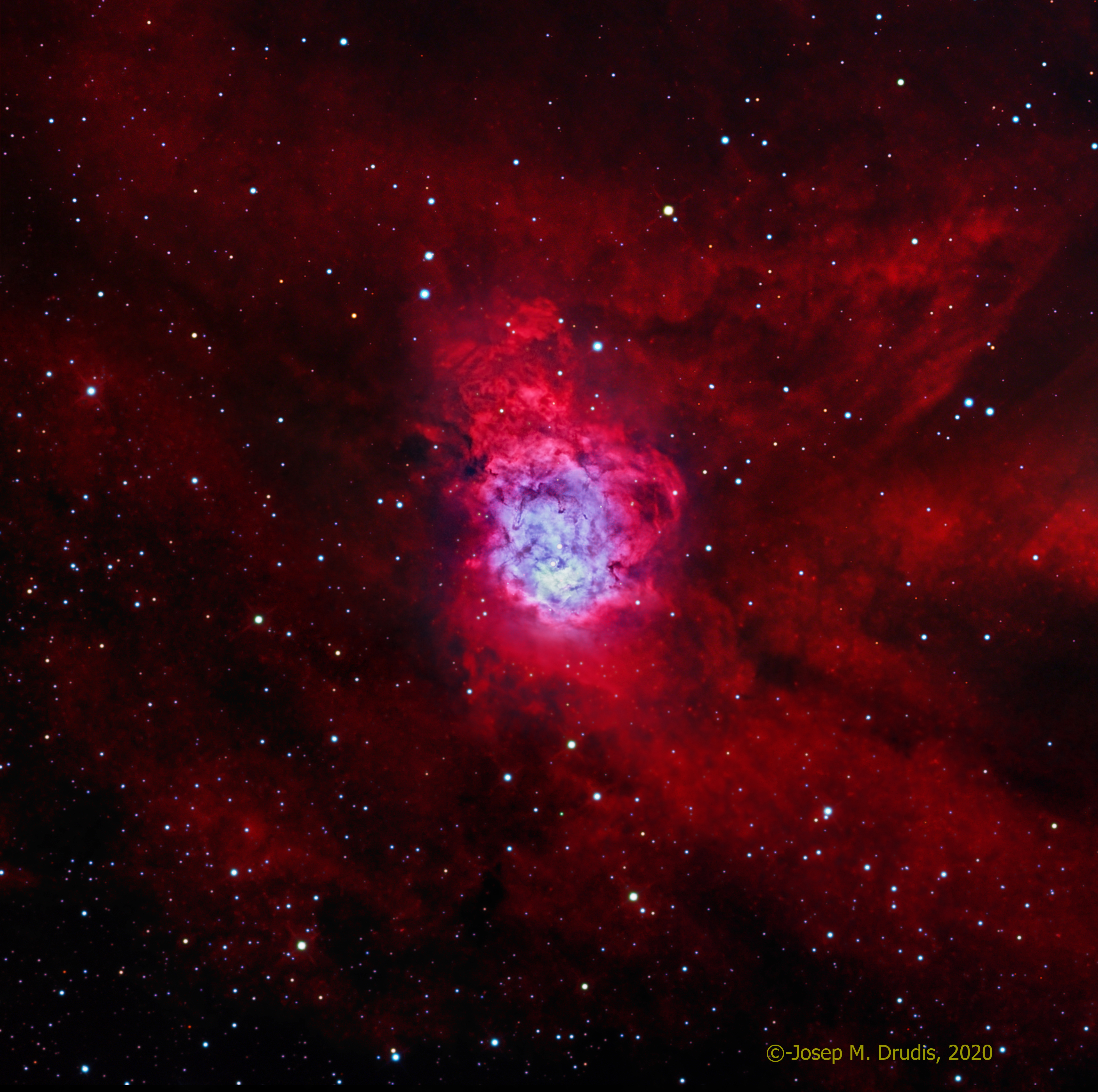 NGC 7538 is an often overlooked nebula due to its proximity to the more famous NGC 7635, the Bubble Nebula. This area is a region where numerous stars are being born and, therefore, it is crowded with YSOs (Young Stellar Objects) as well as with protostars. Very close to the brighter part of the nebula, there is a massive protostar with a circumstellar disk (NGC 7538S, only visible at radio frequencies). Some sources assign a huge mass to this protostar (up to 300 solar masses), but closer studies (G. Sandell, 2003) have demonstrated that the mass of the future star is about 10 solar masses and, probably will end up being an O- or B-Type giant.

This image was taken with narrowband filters (H, O, S) and mapped to natural color. Besides NGC 7538, it also shows its surrounding very faint nebulosity, that also shows a fine structure.