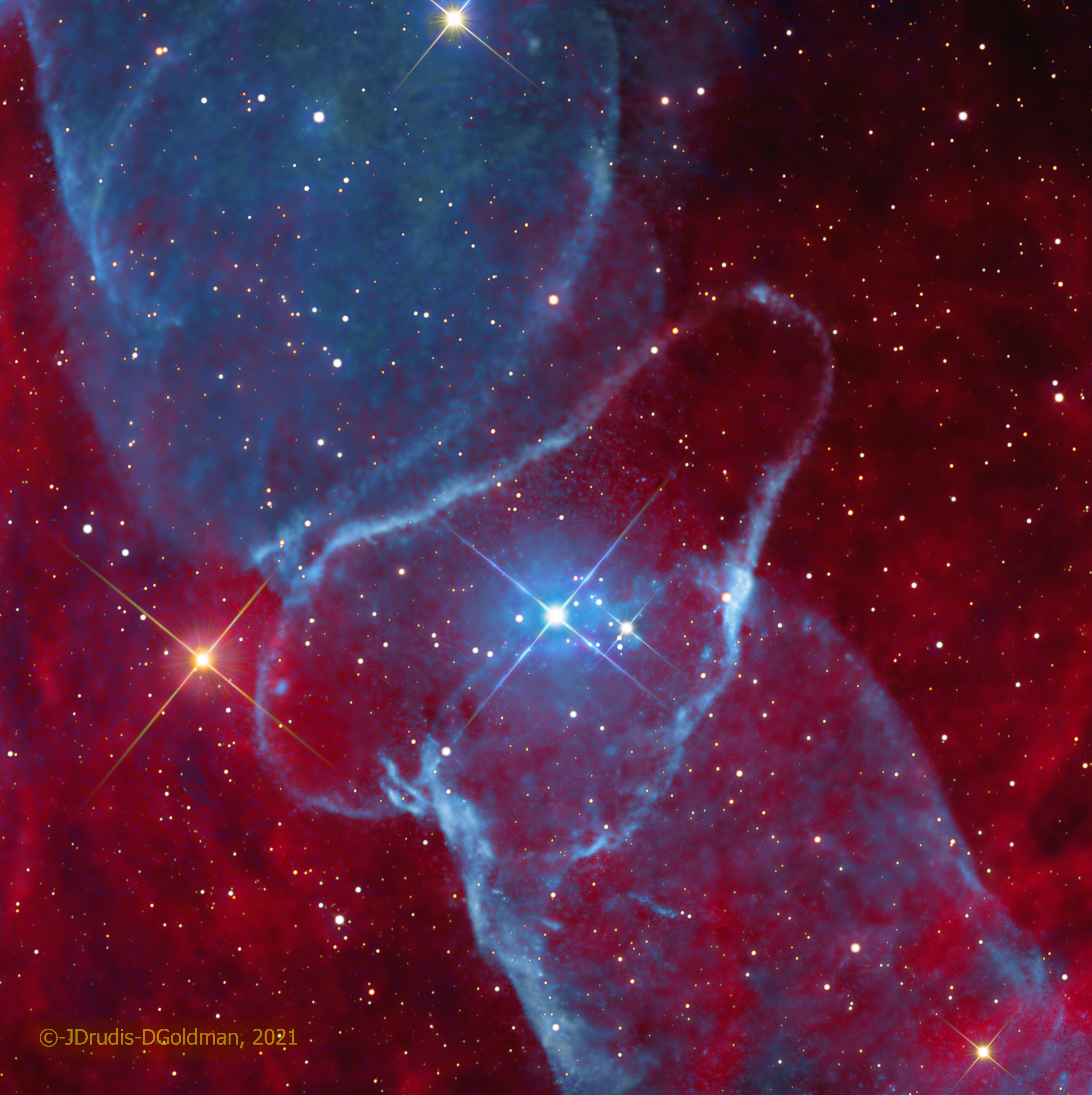 Outters 4 (Ou4) is a very faint planetary nebula located in the constellation Cepheus. It was discovered as recently as June 2011 by an amateur astronomer, Nicolas Outters. This nebula is located just in front of Sh2-129, an HII region, and is believed to belong to this system. The central star is a triple system named HR 8119 (or HD 202214). The Giant Squid Nebula has a size of over 1 degree long and about 15 arcmin wide. It was discovered mainly due to three factors: Serendipity (the nebula just happened to be in the frame of a picture of Sh1-129, the red HII region seen as background); luck (because Outters was also using long exposures with the OIII filter) and the keen eye of an amateur to glimpse a new structure and identify it as just that.

This image depicts just a fragment of it (31×31 arcmin) and was taken with narrowband filters (Halpha and OIII), but the OIII exposures were longer (60 minutes, while Halpha exposures were 40 minutes) and binned 2×2 in order to grab more signal per exposure.