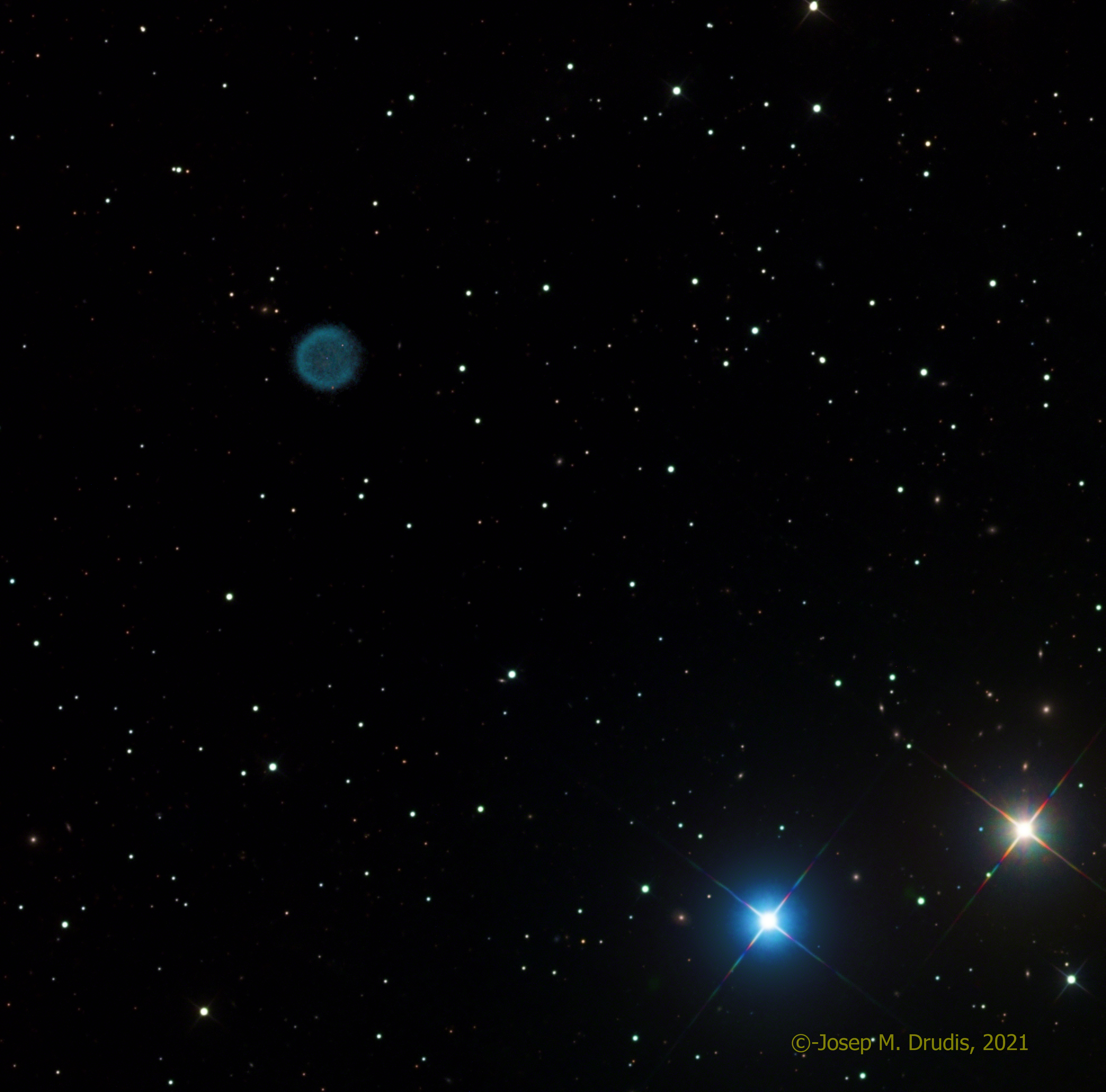 Pre 8 is a very faint planetary nebula that was discovered by the amateur astronomer Trygve Prestgard in 2016. It was found after analysing DSS plates and was confirmed shortly afterwards with two sets of spectra taken. This makes it the first definite planetary nebula to be discovered in the constellation of Pisces! In 2017, images were taken at the Kitt Peak National Observatory showing a predominantly [OIII] shell with a size of 1.6 arcminutes. Pre 8 shares its line of sight with large clouds of interstellar dust, which are absent from this image due to it being composed primarily of exposures taken with narrowband filters while broadband filters are necessary to show any dust.

This description has been written by Sakib Rasool, Manchester, UK.