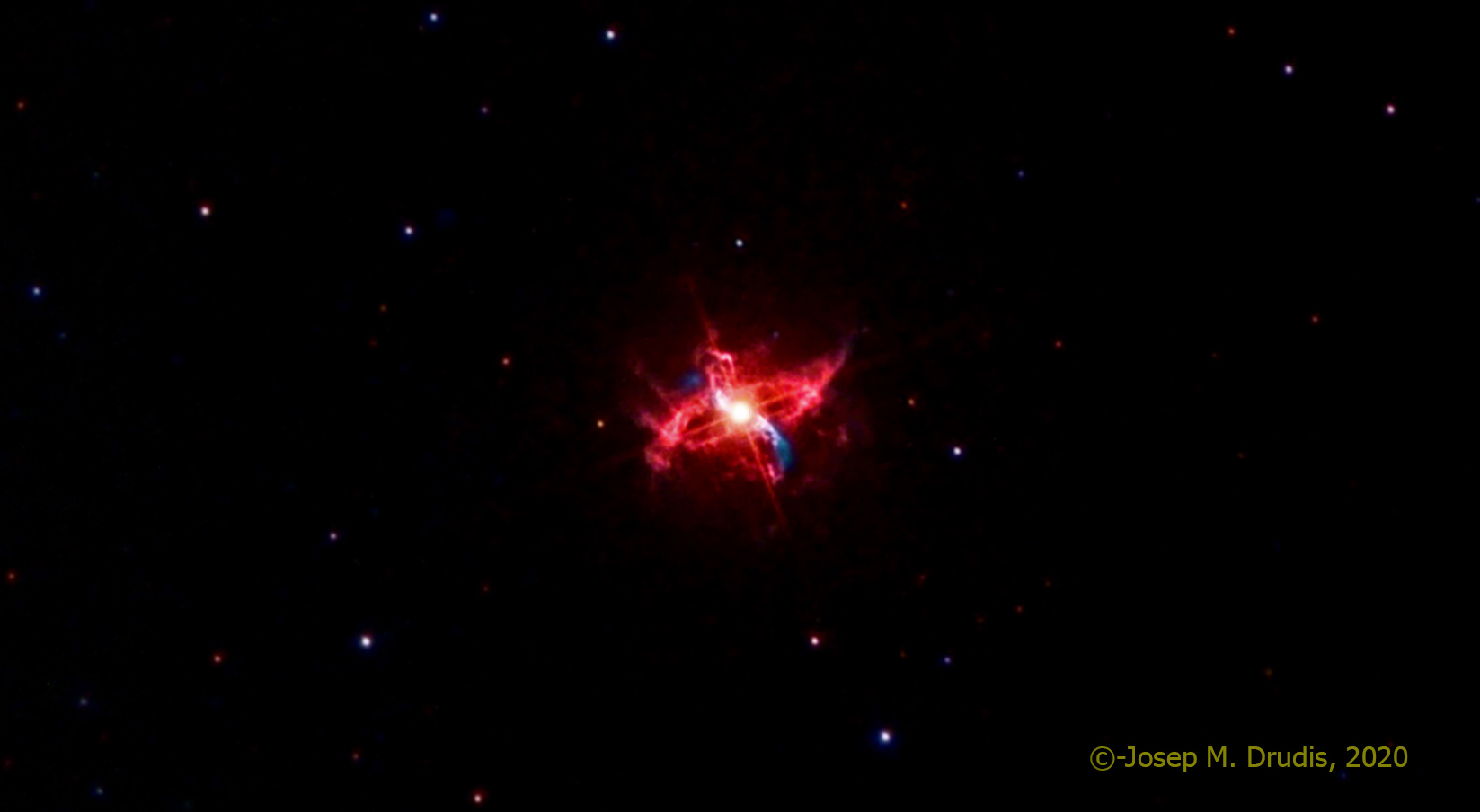 R Aquarii (R Aqr) is a double star. The primary, a Mira variable star, with a mass around 1 to 1.5 solar masses. The secondary is a white dwarf with a mass between 0.6 and 1.0 solar masses. The dynamics of this binary system is responsible for the formation of its external nebular structure, called Ced 211. The white dwarf pulls off mass from the primary Mira star and, when it collides the white dwarf surface, it is expelled back in a thermonuclear nova explosion. The resulting gas forms Ced 211. There seems to be an observation of this recurring nova. Korean astronomers recorded such a blast, believed to be R Aqr, in AD 1073.

This image has been taken with narrowband filters (Hydrogen alpha and OIII) and color mapped to natural color. The stars were captured with short exposure R, G and B frames.