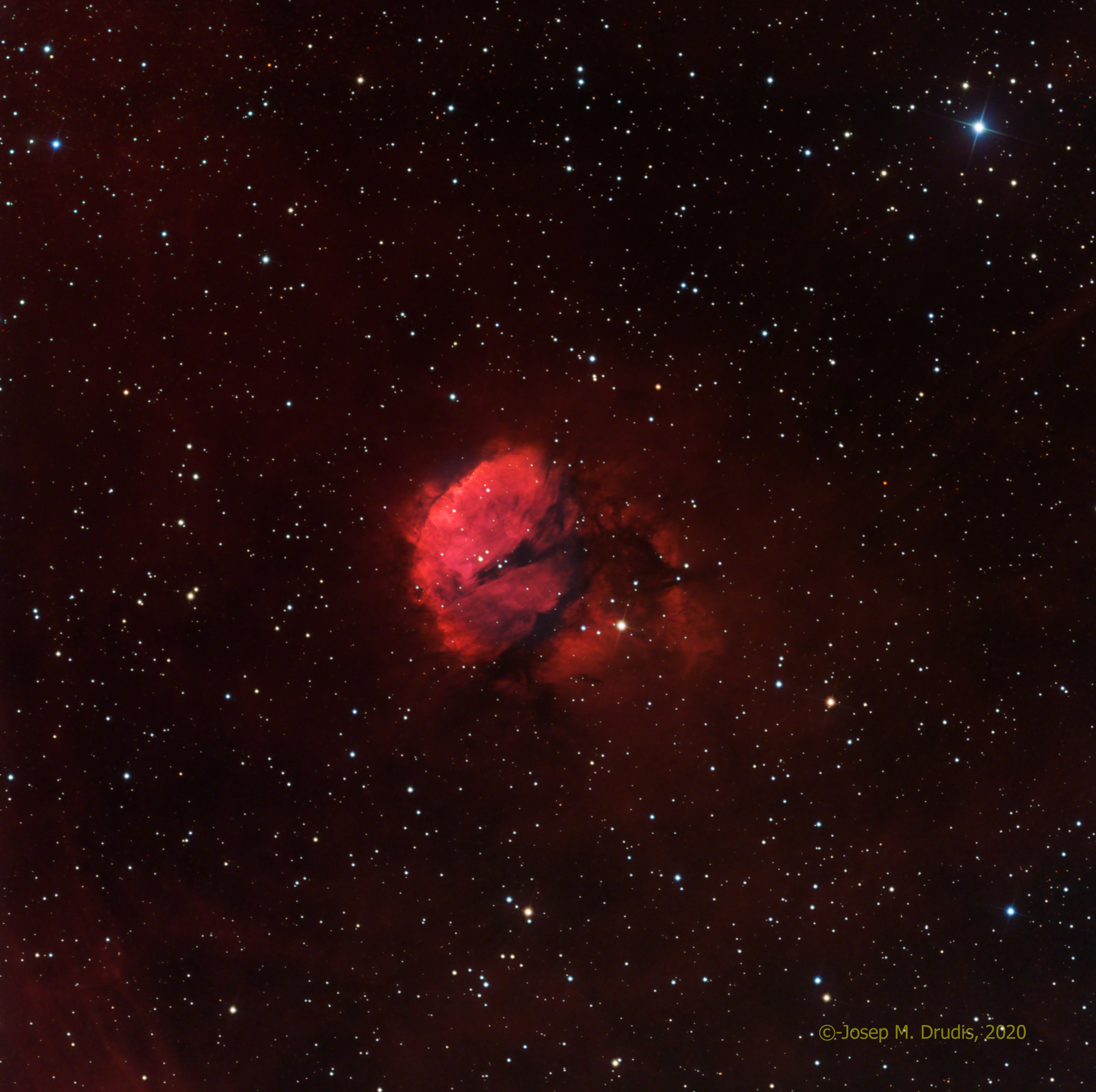 In 1960, Rodgers, Campbell and Whiteoak (RCW) published their Catalogue of Halpha emissions in the Southern Milky Way. This catalogue contains up to Halpha emitting 181 nebulae larger than 4 arcmin, as well as 82 that are smaller than 4 arcmin. One of these nebulae was RCW 120. This nebula is seldom imaged by amateurs, even though it is placed in a rather crowded place, just outside the plane of the Milky Way (as seen from our perspective) and equidistant (at 3 degrees each) from both NGC 6334 (Cat’s Paw Nebula) and IC4628 (Prawn’s Nebula). RCW 120 is an emission nebula qith some peculiarities. It is fueled by an O8V star, CD -38 11636 (see annotated version below) which is not located at the center of the bubble it ionizes. This fact might be due to cloud-cloud collisions. At the end of 2018, Marsh and Whitworth  published an article with their research on RCW 120, based on observations with the Spitzer Telescope. According to them, the surrounding clumping nebulosity seen in the background has a temperature of 10-22 K (-263 to -251 degC), while the spheric nebula has a temperature of 30 K. Of course, this difference in temperature does not account for the Halpha emission (this ionizing energy is provided by the O-star itself), but it’s profile is a definitive clue to the cloud’s shape: a sphere (in contrast with the previously speculated shape of a distorted cylinder). 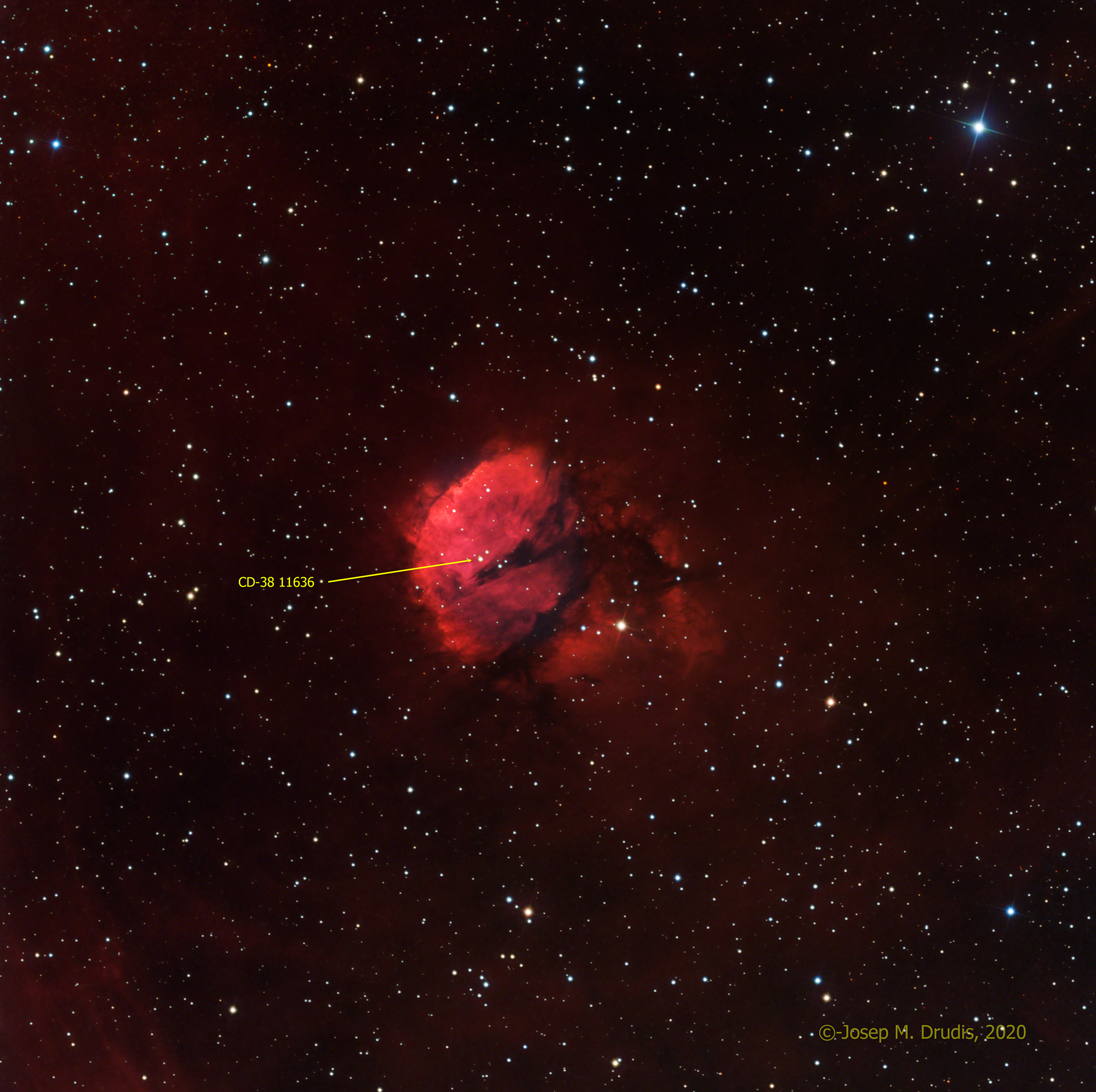 This image has been taken with narrowband filters (Ha, OIII, SII) but the signal collected in the OIII and SII filters was extremely weak, thus justifying the nebula’s intense red color. The stars were, as usual, taken with short RGB exposures.