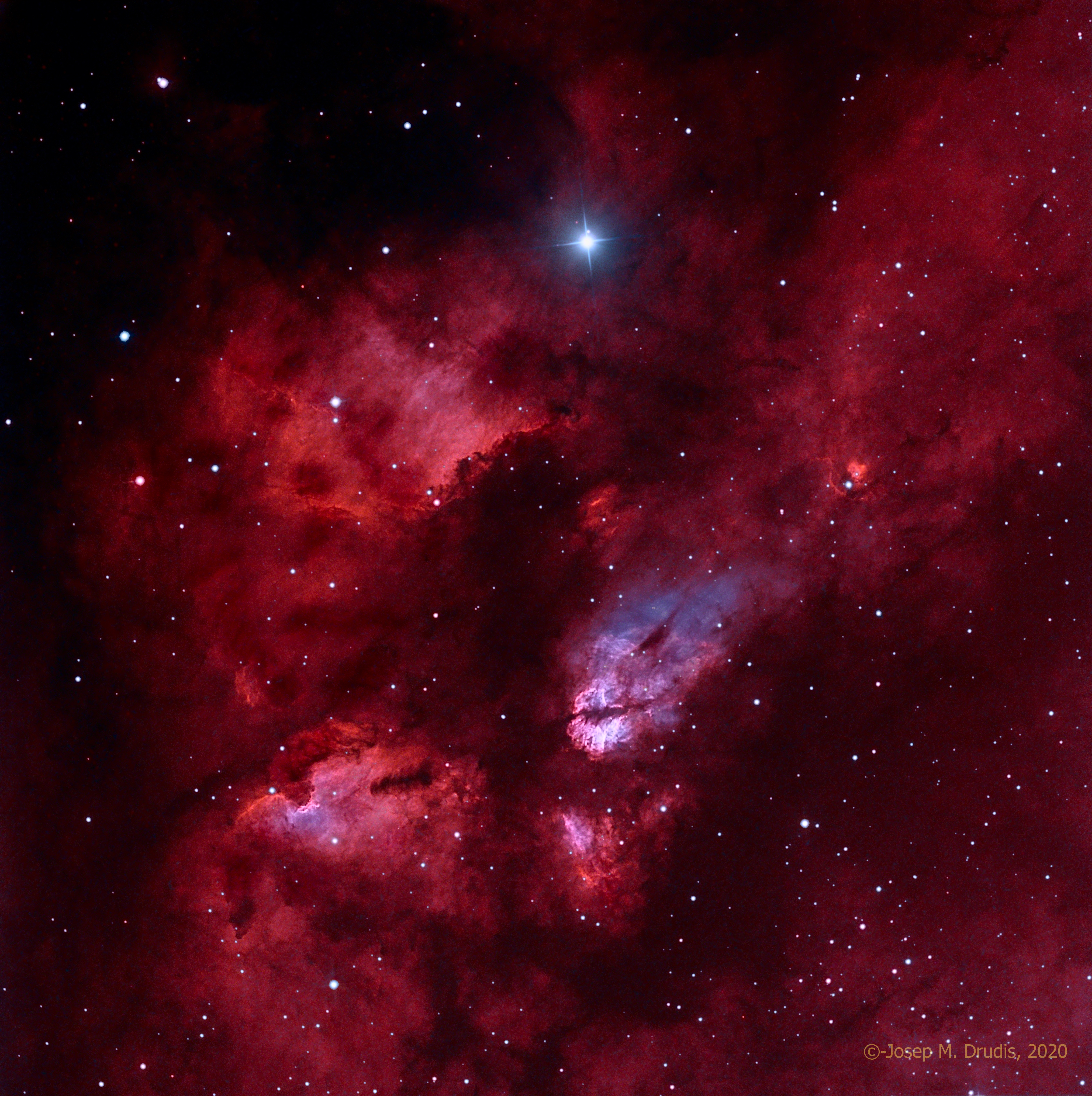 This image shows a large star forming region that has a very young (less than 1 Myears old) open cluster so deeply embedded in it that the stars are barely seen in this picture. This cluster has more than 2000 members, most of them very massive, but with also many small members: red and brown stars. This was shown in a study by Muzic et al (2017). RCW 38 consists of four lobes (RCW 38 a, b, c and d, see annotated image below) and the cluster’s most massive (and hence brightest) star is [FP74] RCW 38 IRS 2, a dim spot (especially for a O5.5V type star) on the lower left corner of RCW 38a. RCW 38 is located just South of the Vela Supernova Remnant. The image was taken with narrowband filters and mapped to natural colors. 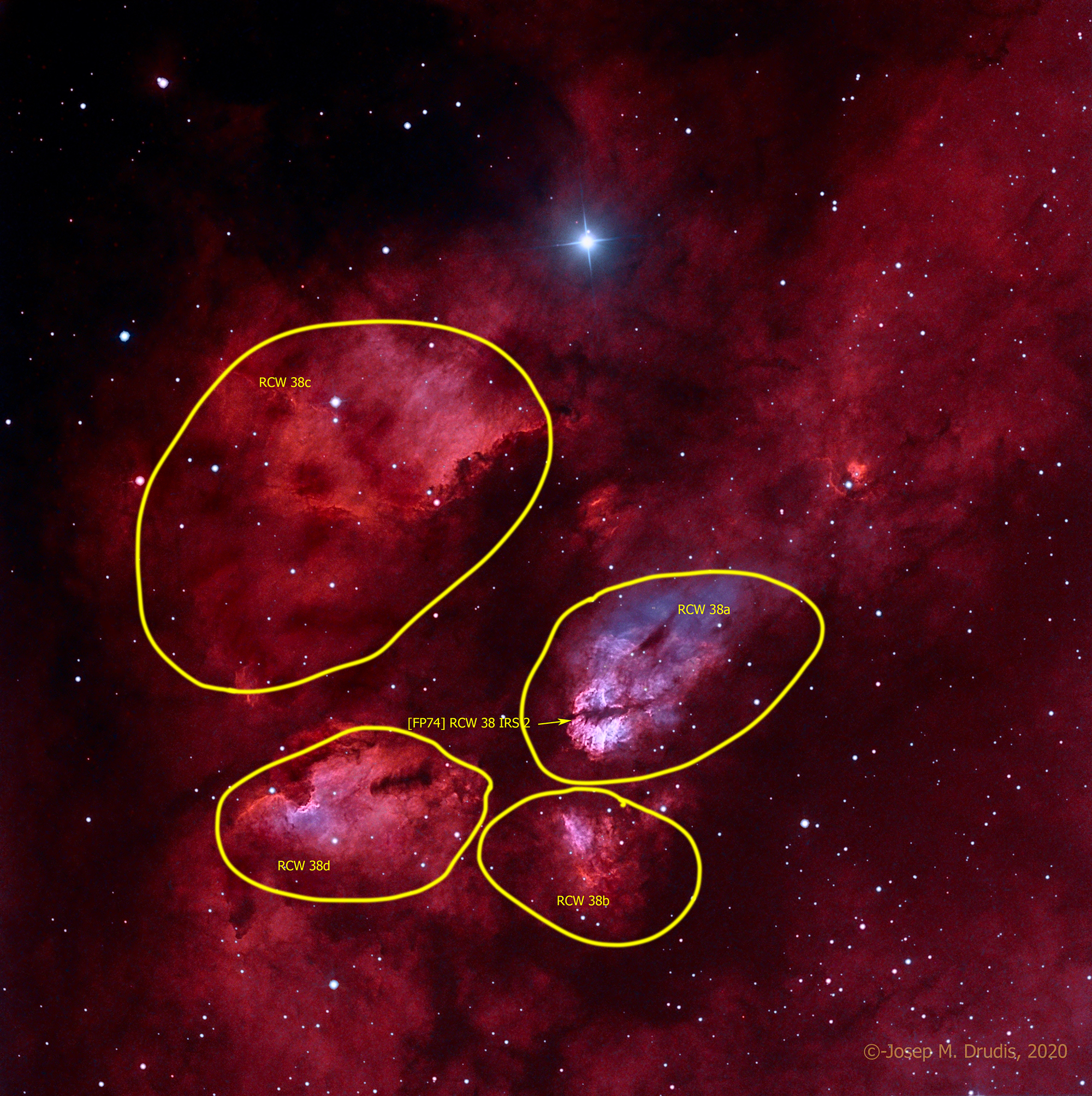