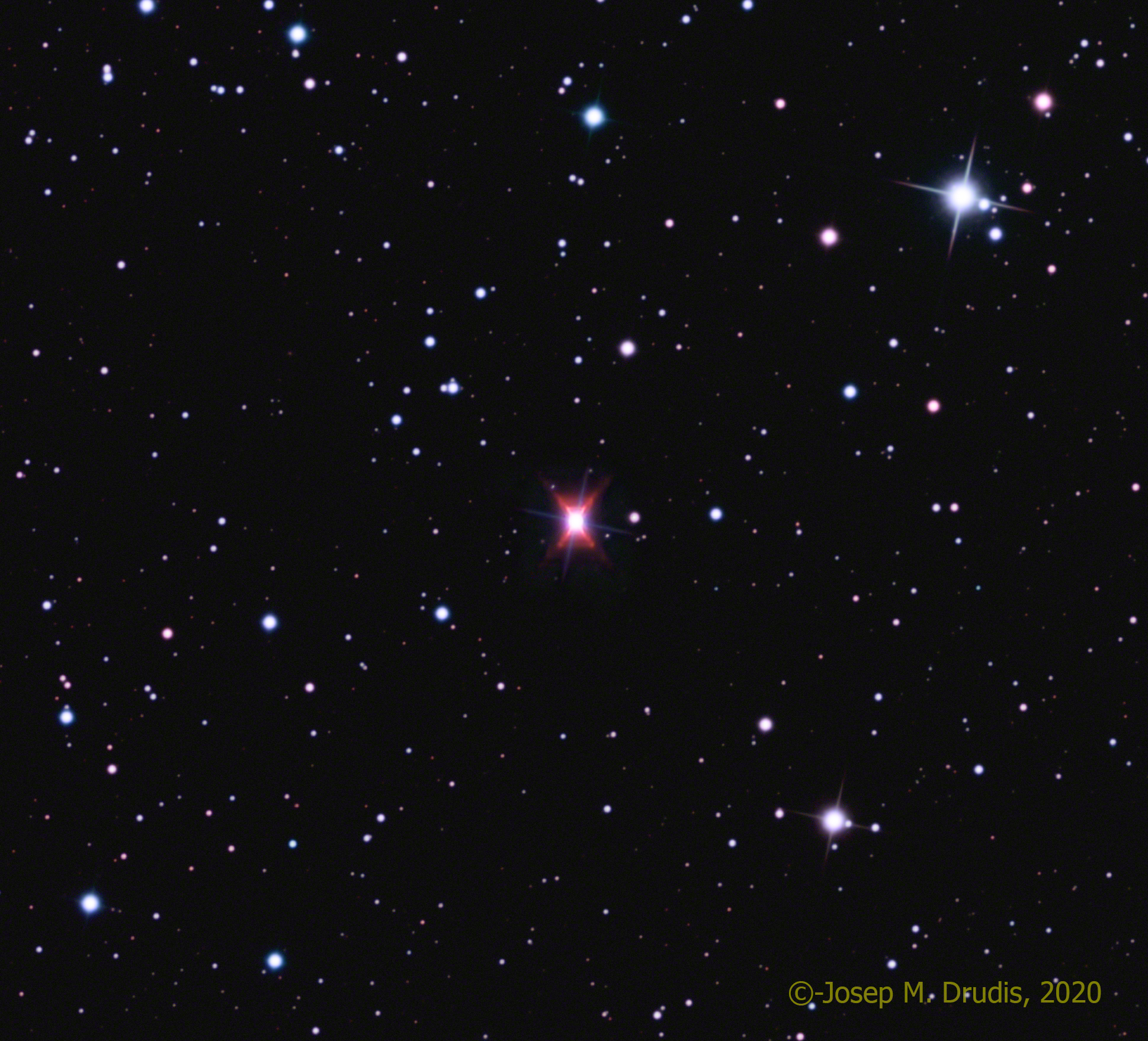 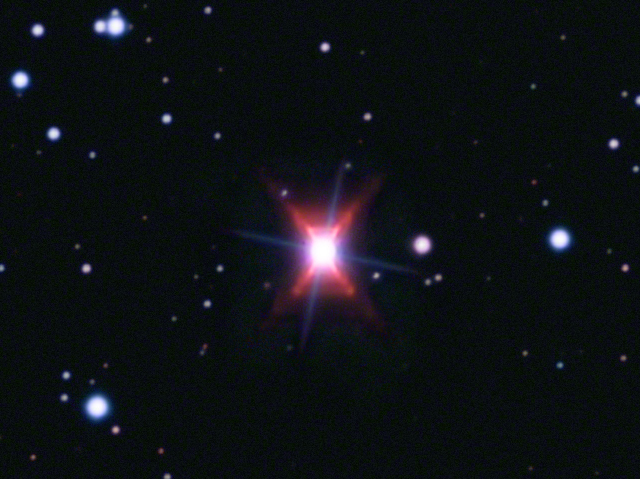 Initially, when this nebula was discovered in 1973, its structure was much of a mystery. The binary star system conforming HD 44179 involves a Sun-like star that is running out of its primary fuel and expanding its outer shells enough for the second star (orbiting the primary one every 319 days) to start to gravitationally pull some of its mass. This is a stage, that the solitary stars undergo by slowly producing a planetary nebula. This star will end up the same way, but meanwhile, the combined effect of expanding its shells and the presence of the companion star, is forming this weird structure. Actually, being this the precursor stage for a planetary nebula, it is called a “proto-planetary” nebula.

The mechanism for this formation involves the creation of a torus (doughnut-shaped) of gas around the star, that is seen edge on as well as a pair of “wine glass-shaped” cups, along which matter is flowing from the parent star. The flow of mass is not constant and happens in irregular periods of about a few hundred years. This produces the effect of “ladder rungs” that, being circles seen edge on, creates the illusion of seeing a straight “rung”.  The image below shows the explanation of the unusual “rectangular looking” features of this nebula. 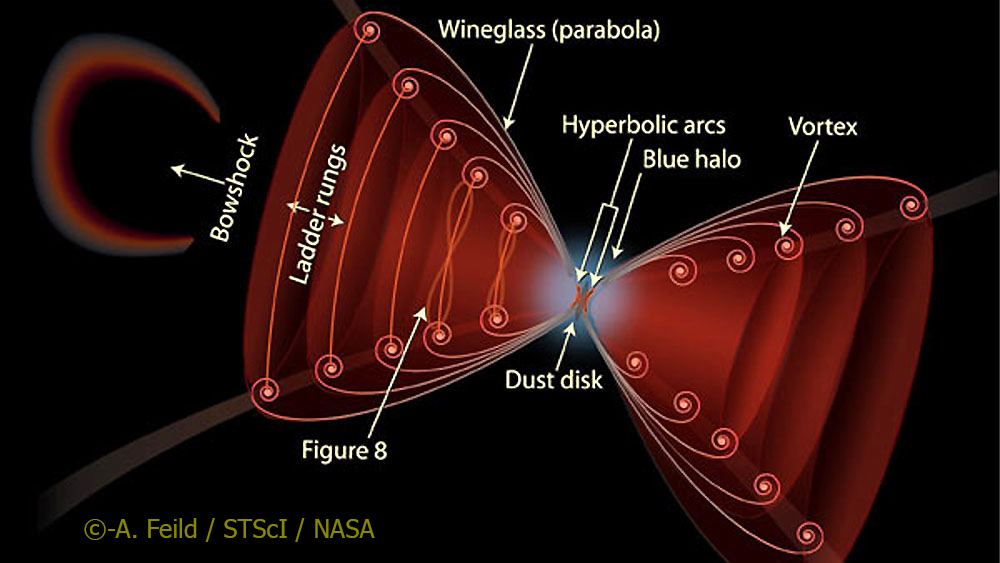 The capture of this object was not a straight forward process. Several trials about the right exposure time ended up in taking 200 second RGB images. Halpha images did not add any valuable information, just like the Luminance images. A large dithering was used in order to try to grab as much detail as possible of the “ladder-like” features. Red was used as Luminance.

This image was taken at the suggestion of Don Goldman.