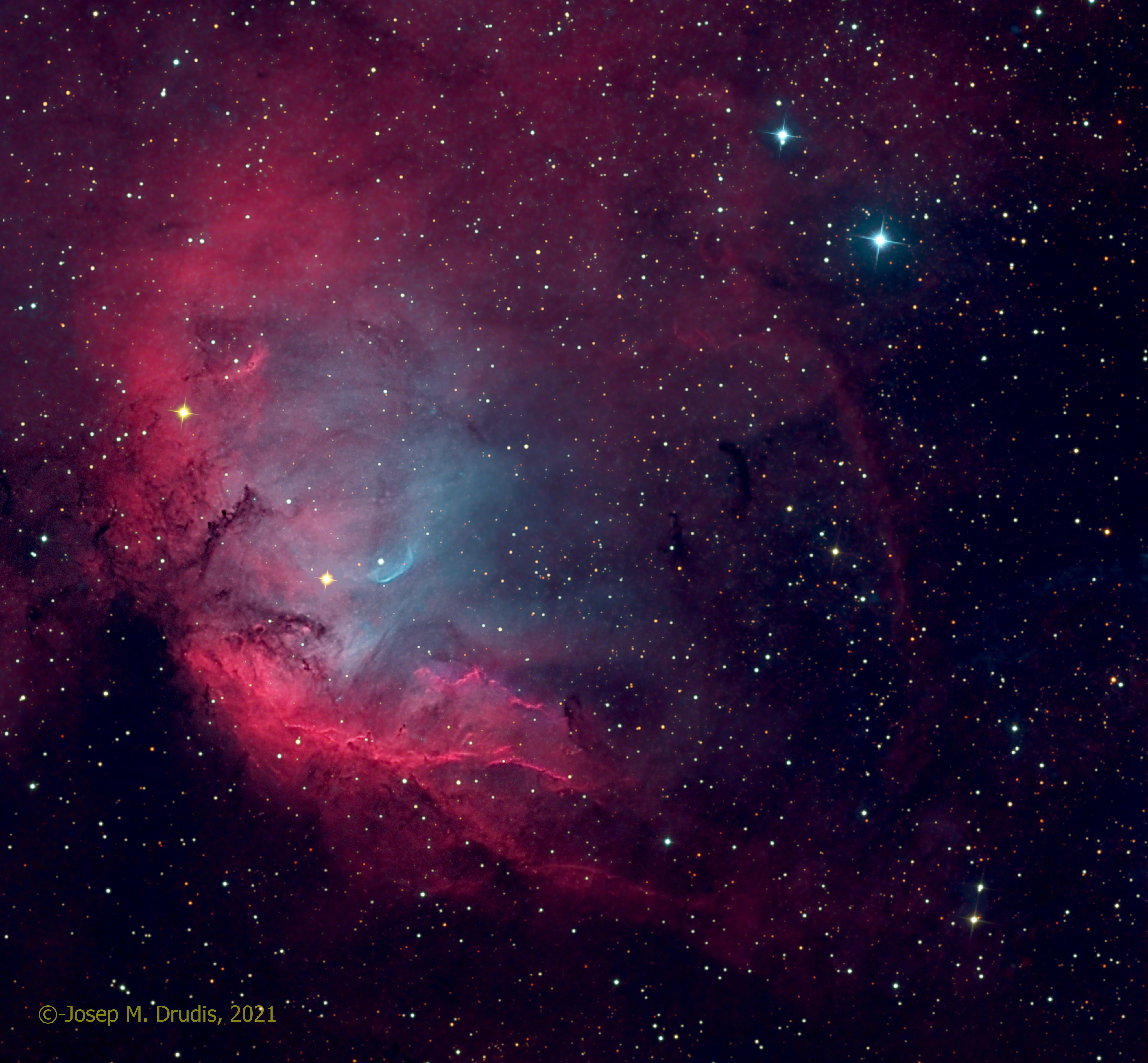 The real “star” in this image is Cygnus X-1, an X-Ray source located in the constellation Cygnus. We are fortunate that a beautiful nebula, the Tulip Nebula (Sh2-101), is in its vicinity, giving us the opportunity to add some beauty when imaging it. Cygnus X-1 (see location in the annotated version below) is an X-Ray binary system in which one of the components is the first object to have been identified as a black hole. This fact, originated lots of discussions, most notably the ones involving Stephen Hawking. Discovered at the beginning of the 1960s, in 1973, the astronomical community already proposed X-1 as containing a black hole. In 1975, Hawking and Kip Thorne placed a funny bet: Hawking defended that Cyg X-1 did not contain any black hole while Thorne thought that it indeed did contain one. If Hawking was right, Thorne had to pay him a four year subscription to the magazine Private Eye. If Thorne was right, Hawking had to pay him a one year subscription of the magazine Penthouse. At the beginning of the 1990s, Hawking conceded that Thorne was right, and paid the bet. However, Thorne did not yet accept the victory until 30 September 2011, when three crucial papers were published, all of them signed by M. Reid et al.: one calculating the distance to Cyg X-1 (1.86 +/- 0.12 kpc), a second one calculating the mass of the black hole in Cyg X-1 (14.8±1.0M⊙) and a third one determining the extreme spin of its black hole (a∗>0.95(3σ)).This was enough proof for Thorne to know that the binary companion of the O9.7 star HD 226868 was indeed a black hole. The relativistic jets emitted by the accretion disk around the black hole can be seen in the artist’s depiction shown below. These relativistic jets and the low mass of  the black hole make Cyg X-1 a microquasar. The Bow shock originated by the jets cannot be seen in this image (outside the frame), but some images show it, like Don Goldman’s image. 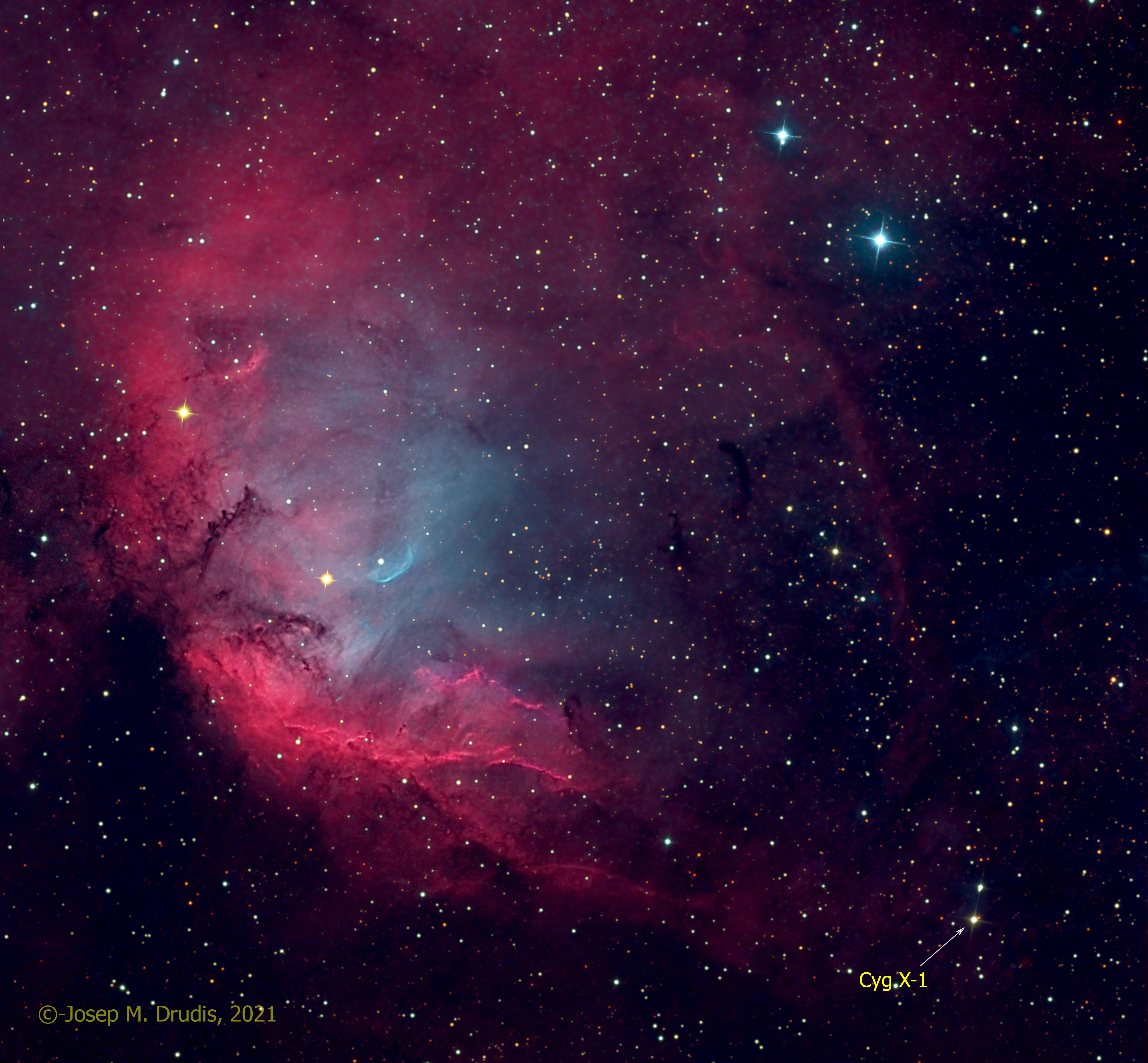 The Tulip nebula is an emission nebula. This image was taken with narrowband filters (Ha, OIII and SII). 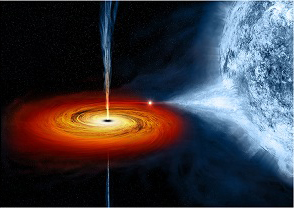