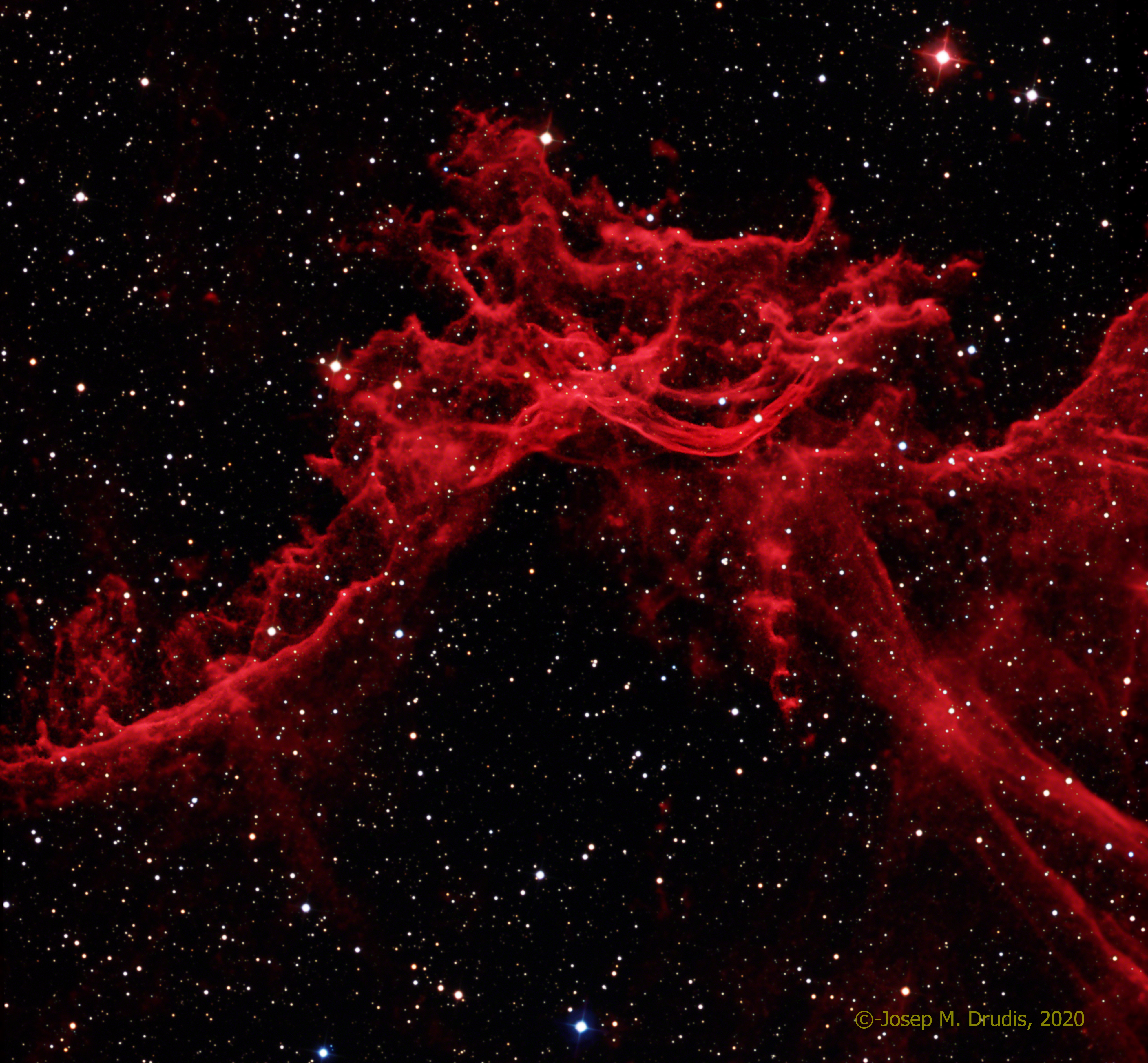 Sh2-114 is an unusual emission nebula. Located in the outskirts of the Cygnus Cloud, about 8 degrees South East of NGC 7000 and 10 degrees North east of the Veil Nebula, the faint Sh2-114 shows an intricate structure, most probably formed due to the interaction of strong stellar winds together with the existing magnetic fields in this region. This image was taken through narrowband filters. The OIII signal proved to be extremely faint, hence the red-mainly color. North is to the left. The designation Sh2-114 refers to the central brightest part (12×6 arcmin), but the nebula extends more than 1.5 full degrees in the sky.