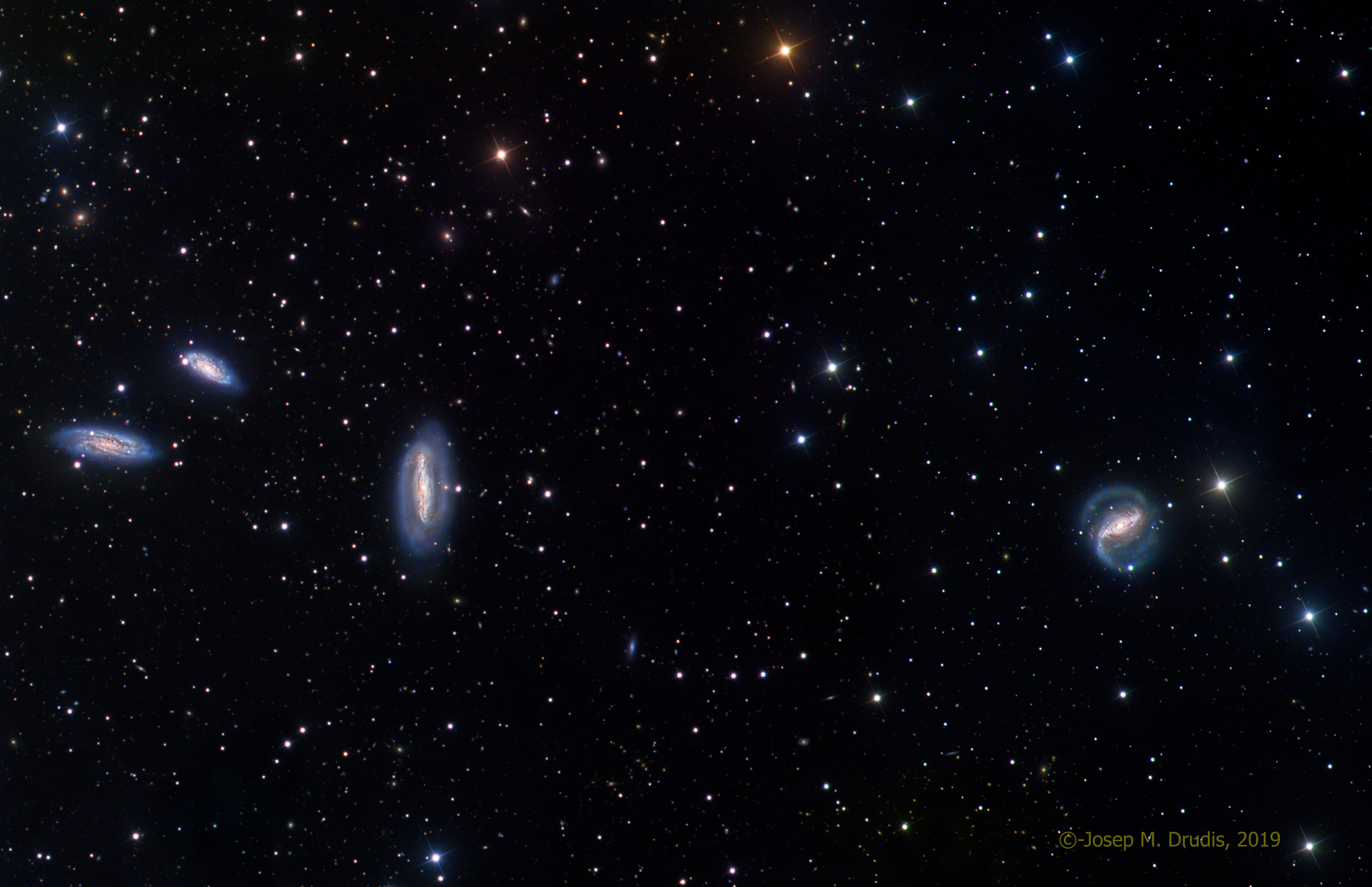 The four galaxies in this two panel mosaic, with a disposition that reminds us of the Constellation Sagitta, conforms the so called Grus quartet. They are identified as (from left to right) NGC 7599, NGC 7590, NGC 7582 and NGC 7552. In the background, dozens of far away galaxies can be spotted. Probably, the most conspicuous group is Abell 1111, on the upper left corner, just under the 11.36 magnitude blue star CD-42 16271. NGC 7582 and NGC 7552 have an HI bridge between them, a proof that they have been interacting with each other. Both are Seyfert galaxies and have supermassive black holes in their core. In both cases, their black holes have a mass around 20 Million solar masses, as determined by B. Davis et al. in 2014.