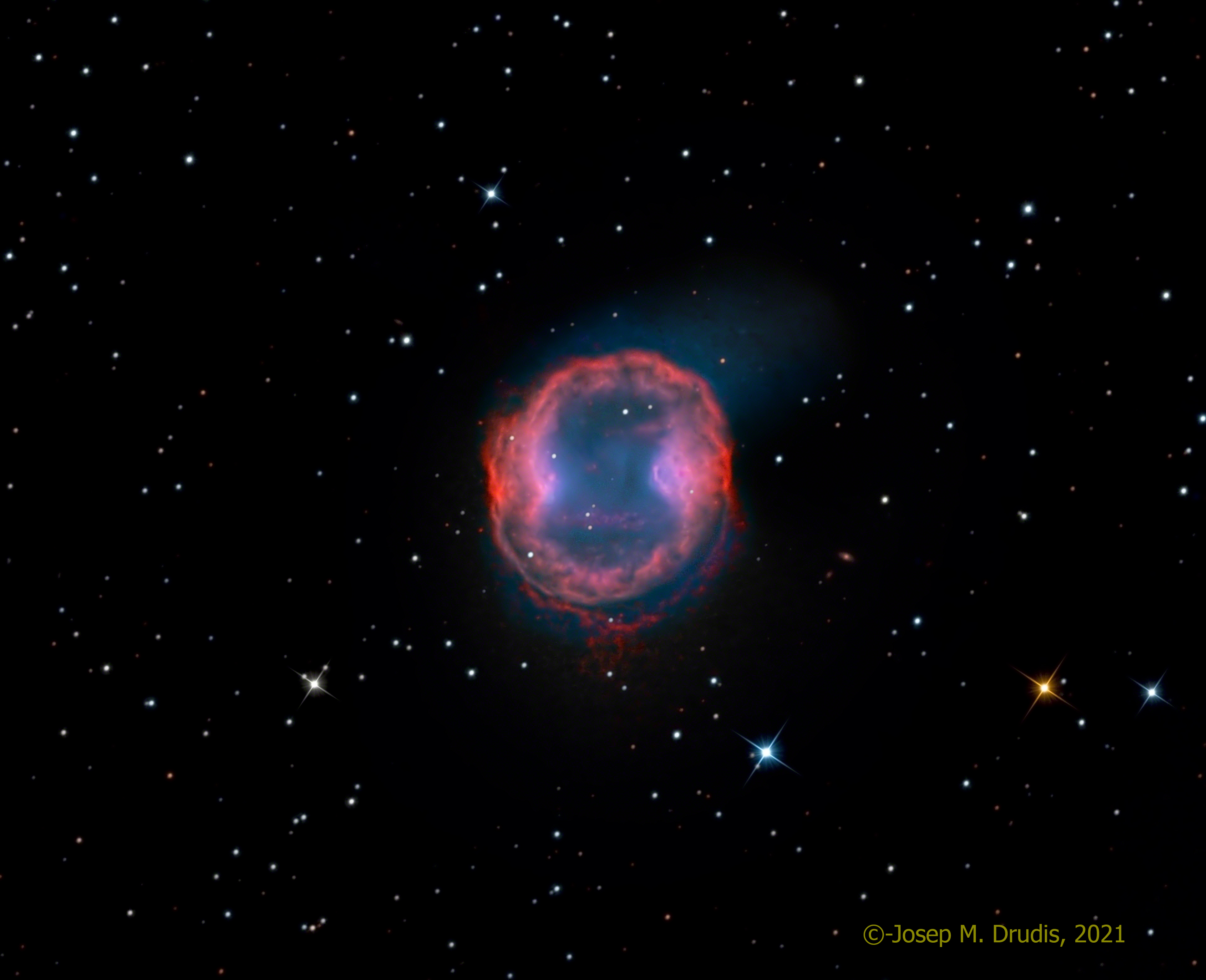 PK 164+31.1 is a very faint planetary nebula located at a distance of 1600 light years in the constellation Lynx. The curious shape and definite inner fine structure have been studied and in 2000, Reimers et al. determined that the shape of this kind of planetaries was dependent on the velocity of the mass ejection and the rotation angle of the central Star. An additional factor also helped shape this nebula as we see it now: its central star, a white dwarf, has a companion. This nebula was discovered in 1939 and it has a surface brightness of 18.6 mag/arcsec2. Just for comparison, M97, the faintest planetary in the Messier catalog, has a surface brightness of 12.3 mag/arcsec2, more than six magnitudes brighter. This image was taken with narrowband filters (Ha, NII and OIII).  The NII frames, showing differentiated signal compared to Halpha, were used to better discern the fine structure in the inner regions of the “ring”. The OIII emission extends beyond the brighter reddish ring, above and below it. The total accumulated exposure was over 37 hours.