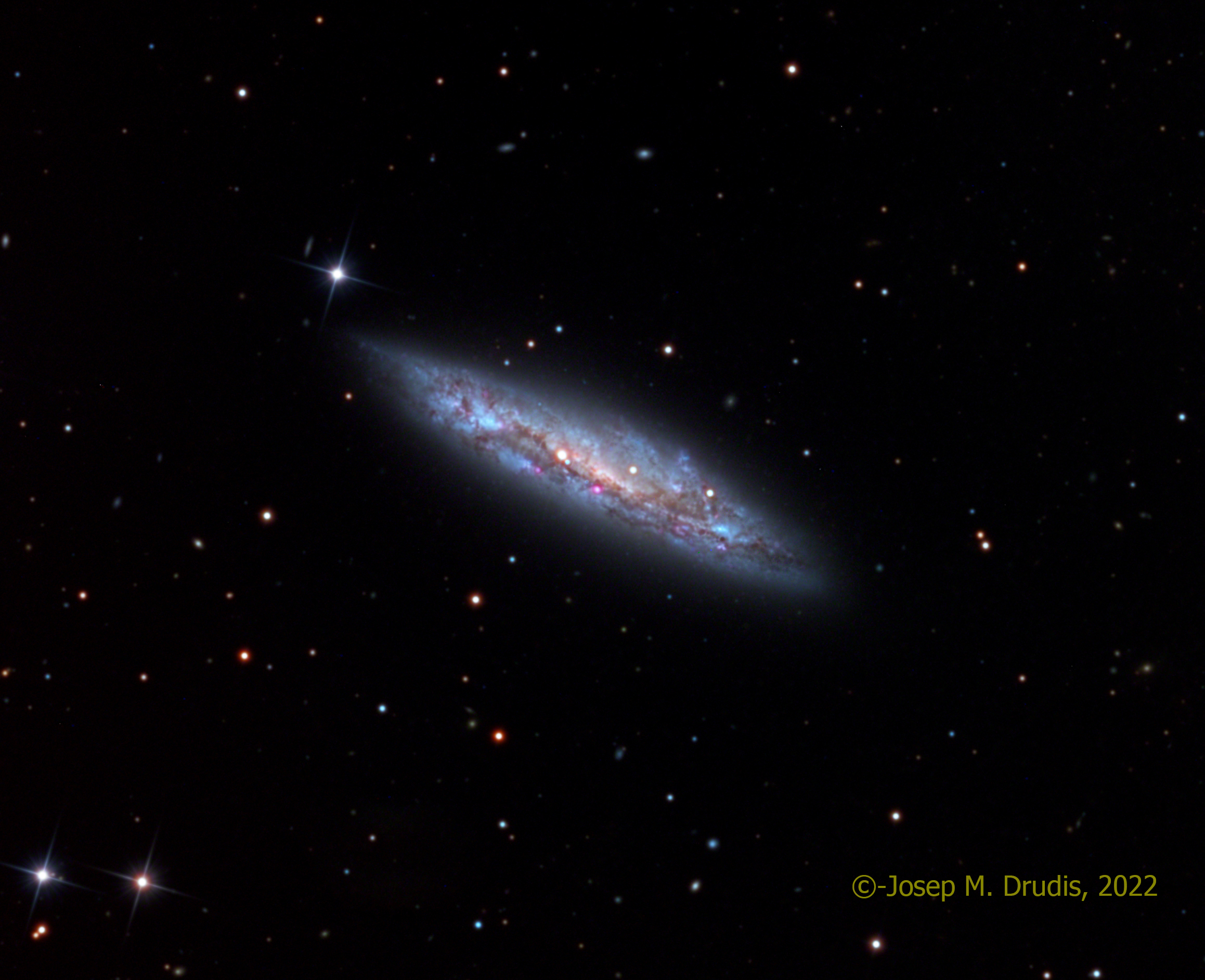 Messier 108 (M108) is a barred spiral galaxy located 46 million light years away, in the constellation Ursa Major. This galaxy has a bright core but no apparent bulge. It is seen nearly edge on (its plane is tilted 75 degrees with our line of sight). Its dust lanes are easily visible in this image, as well as some HII regions. This galaxy is (angularly) very close to another Messier object: M97. It has a central black hole with an estimated mass of 24 million solar masses (about eight times the one in the center of the Milky Way).