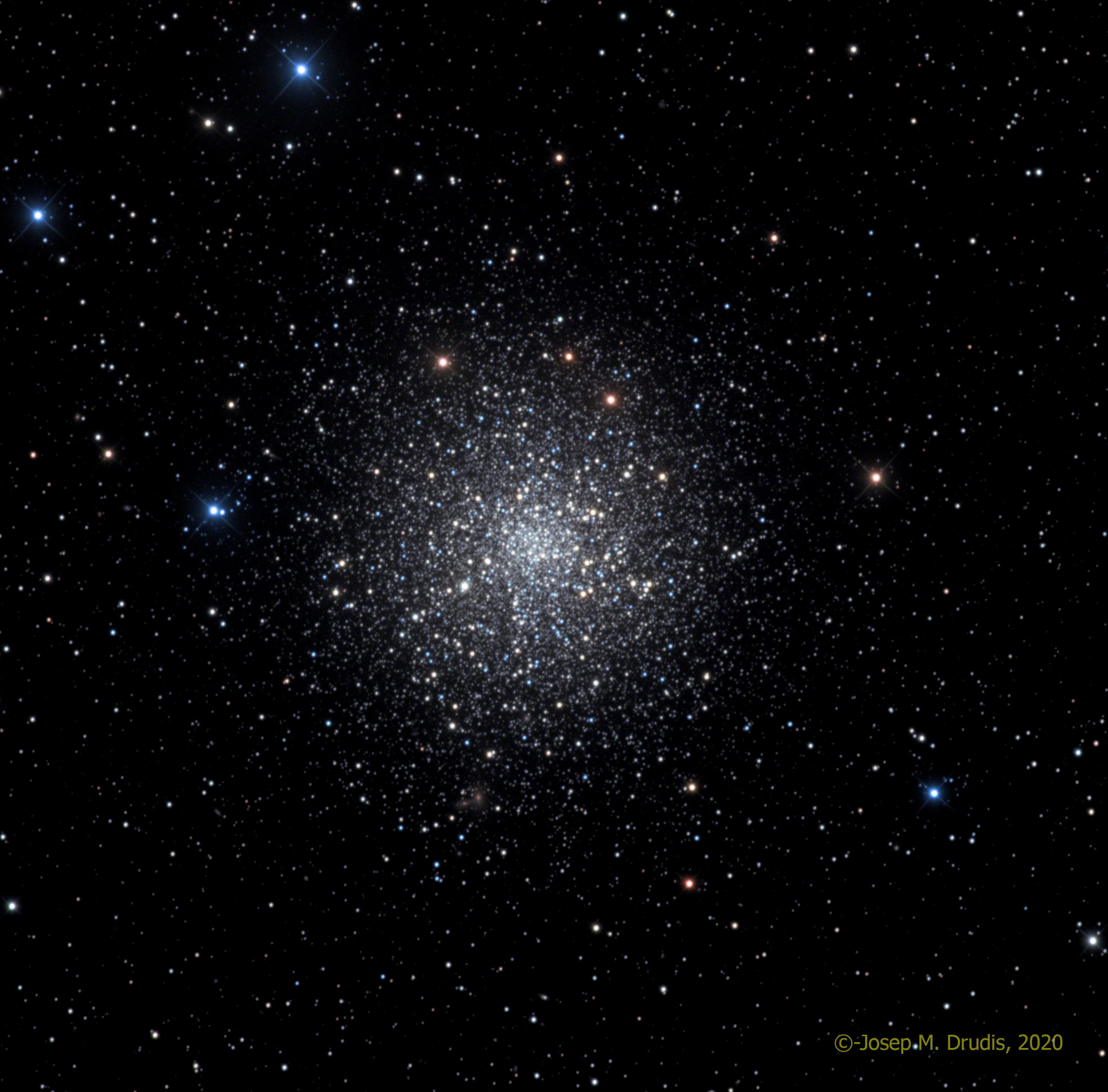 Messier 12 is one of the 29 globular clusters in the Messier catalog. This cluster lies at about 15,700 ly from us in the constellation Ophiuchus. It is considered to be a loosely concentrated cluster, and it is much less compact than its neighbor, M10. Even so, M12 has about 200,000 stars and, in 2006, De Marchi et al. published a study of this cluster. They found that the low mass stars were missing. They concluded that, most probably, the orbit of M12 crossed denser regions of the Milky Way and this gravitational pull stripped away the around 1 Million low mass stars that this cluster may have had before. This means that nearly no red M-class stars can be found in it. A remarkable feature of this cluster is that many far-away galaxies show up in the background. The largest (2MASX J16470200-0202314) is located just below-left of the cluster in this image.