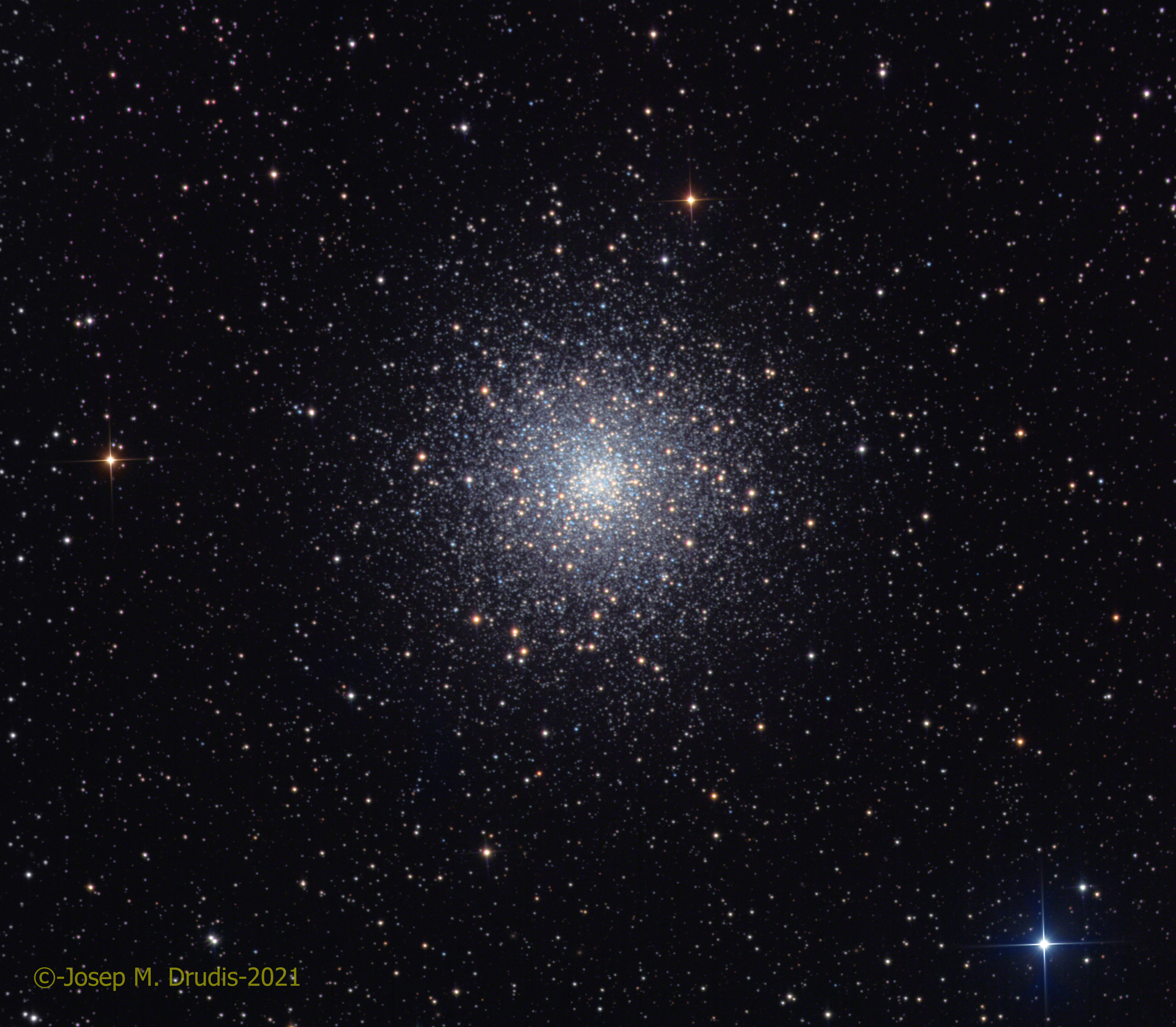 Messier 10 is a bright globular cluster located 15,000 light years away, in the constellation Ophiuchus. It is close (2,000 light years away) from Messier 12 and it is more compact than its “neighbor”. M10 contains about 100,000 stars and it is moderately metal-poor. Its metallicity is about 3.5% that of our Sun (seven times larger than M92’s metallicity). This higher metallicity can be due to two different factors. One is the appearance of elements produced by Type II supernovae and the second is the capture of neutrons through the so called “s-process” (slow-neutron-capture process) in massive stars, the protons being provided from the star’s plasma. The core is rich in binary stars (14% of the stars in it) which accounts for the high number of blue stragglers, usually formed from binary stars.