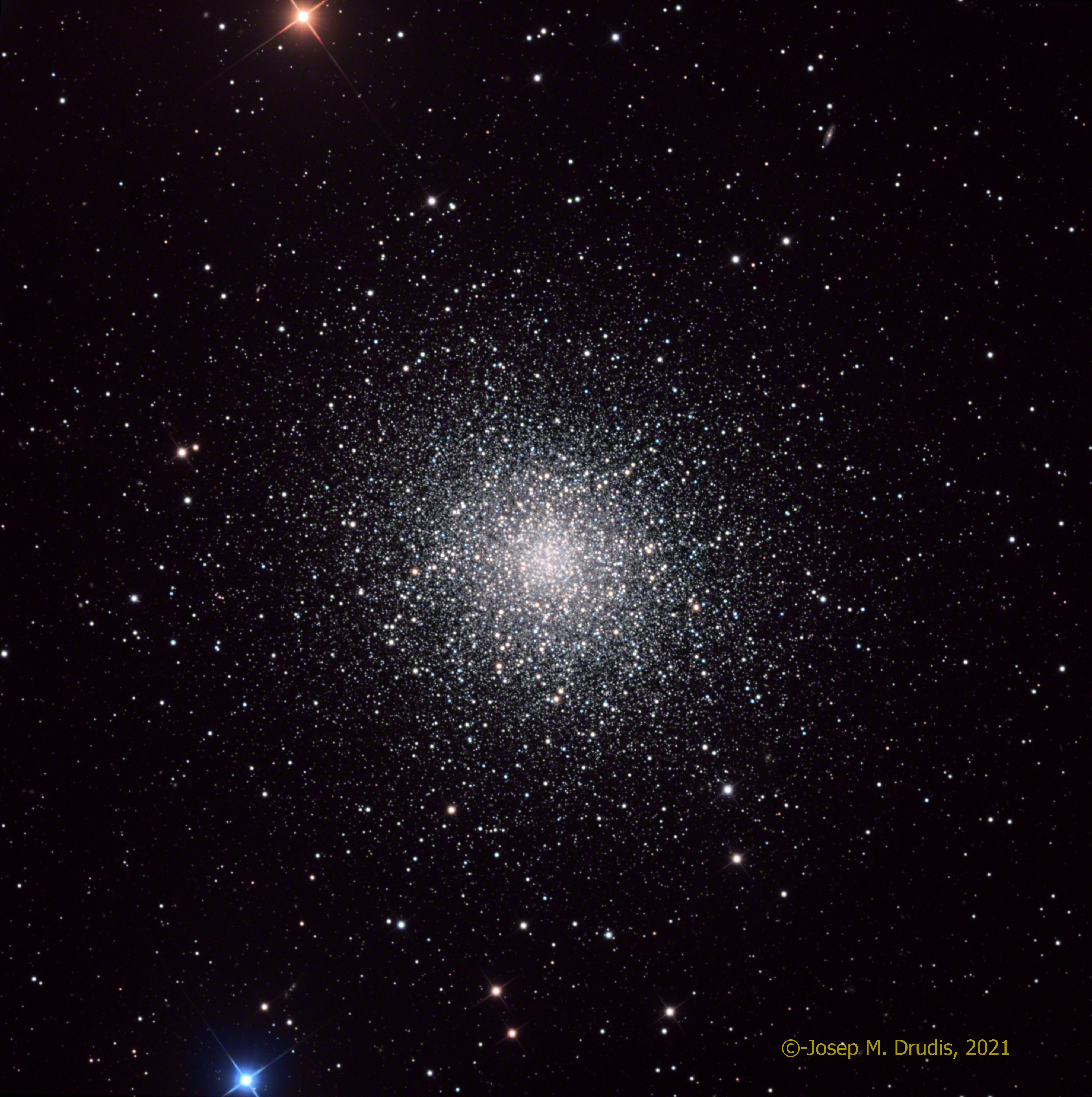 Messier 13 is a conspicuous globular cluster located about 22,200 light years away in the constellation Hercules. Even being the most famous globular visible from the Northern Hemisphere, M13 is not the biggest one. Messier 22 is smaller in mass (80,000 stars), but larger in apparent size because it is much closer. Messier 3 has a bigger mass (500,000 stars), but with the same apparent size because it is farther away. M13 has about 300,000 stars. One of them, named Barnard 29 (a spectral type B2 star), has been the subject of debate. First thought to be a “captured” star, it seems now clear that it was originated within M13 and has been often classified as a first-generation star. This star, whose location can be seen in the annotated image below, has a surface temperature of 21,400 K and a brightness about three times that of our Sun. 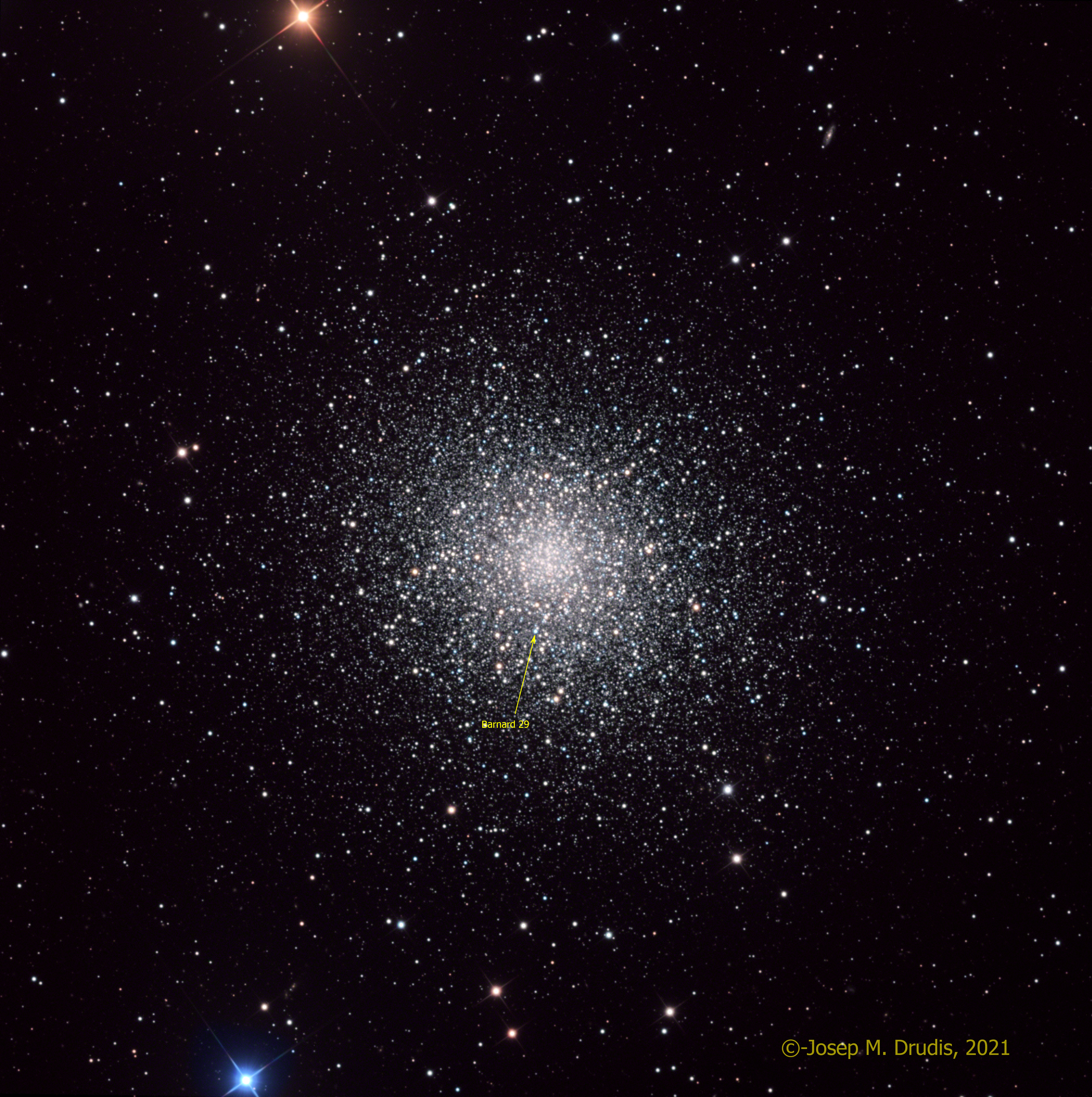