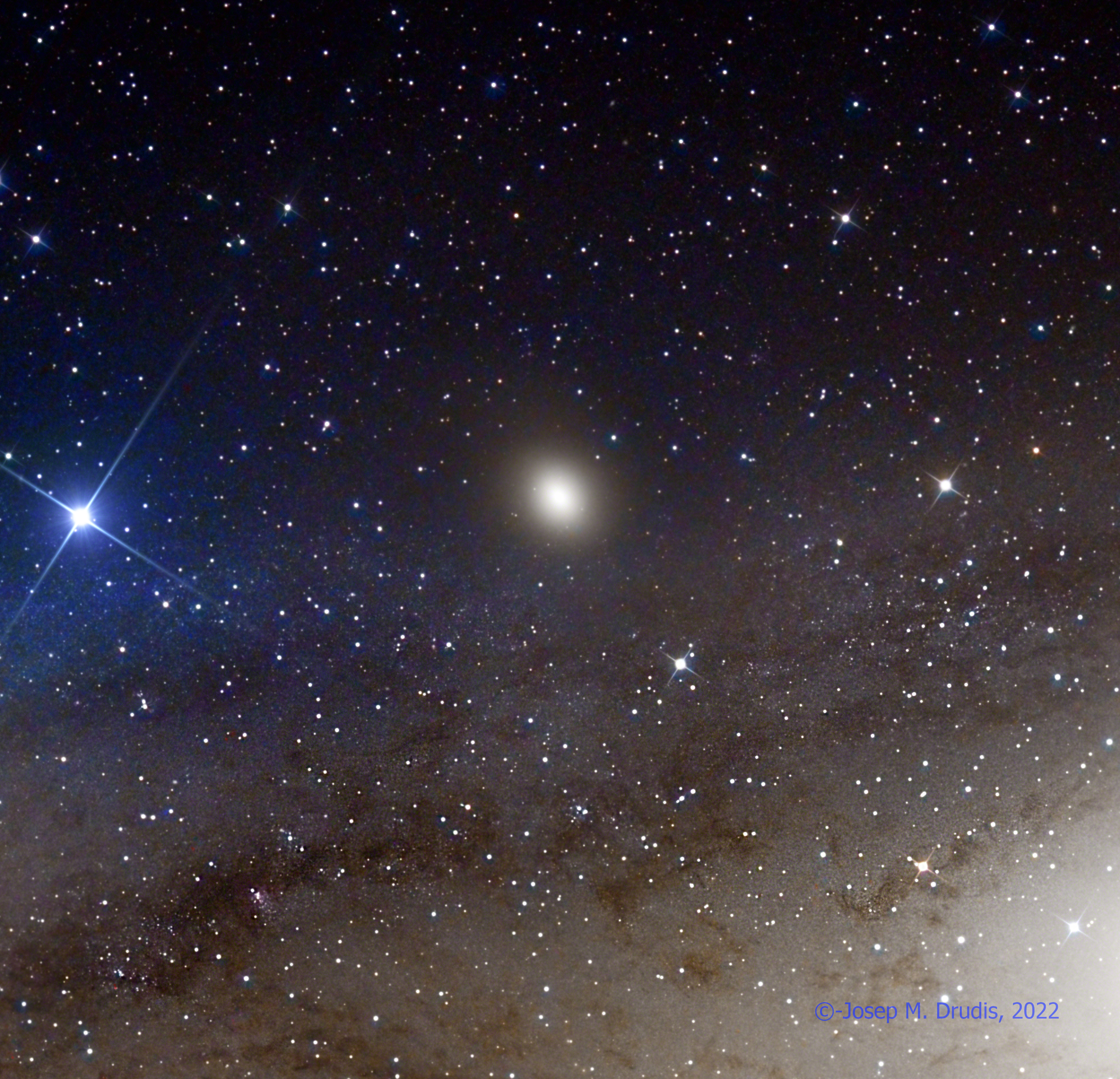 Messier 32 (NGC 221), also known as Le Gentil (named after its discoverer, but a rarely used nickname for this galaxy), is a dwarf elliptical galaxy, satellite of our neighbor M31, the Andromeda Galaxy. It has  a size of about 6500×5000 light years and the density of the stars increases dramatically close to the center. This makes M32 a member of the infrequent class “Compact Ellipticals”. In 1998, images from the Hubble Telescope resolved numerous blue stars near the center of M32. These are not like the classical O or B stars, but old stars that ran out of hydrogen and are burning helium, emitting in the UV part of the spectrum.