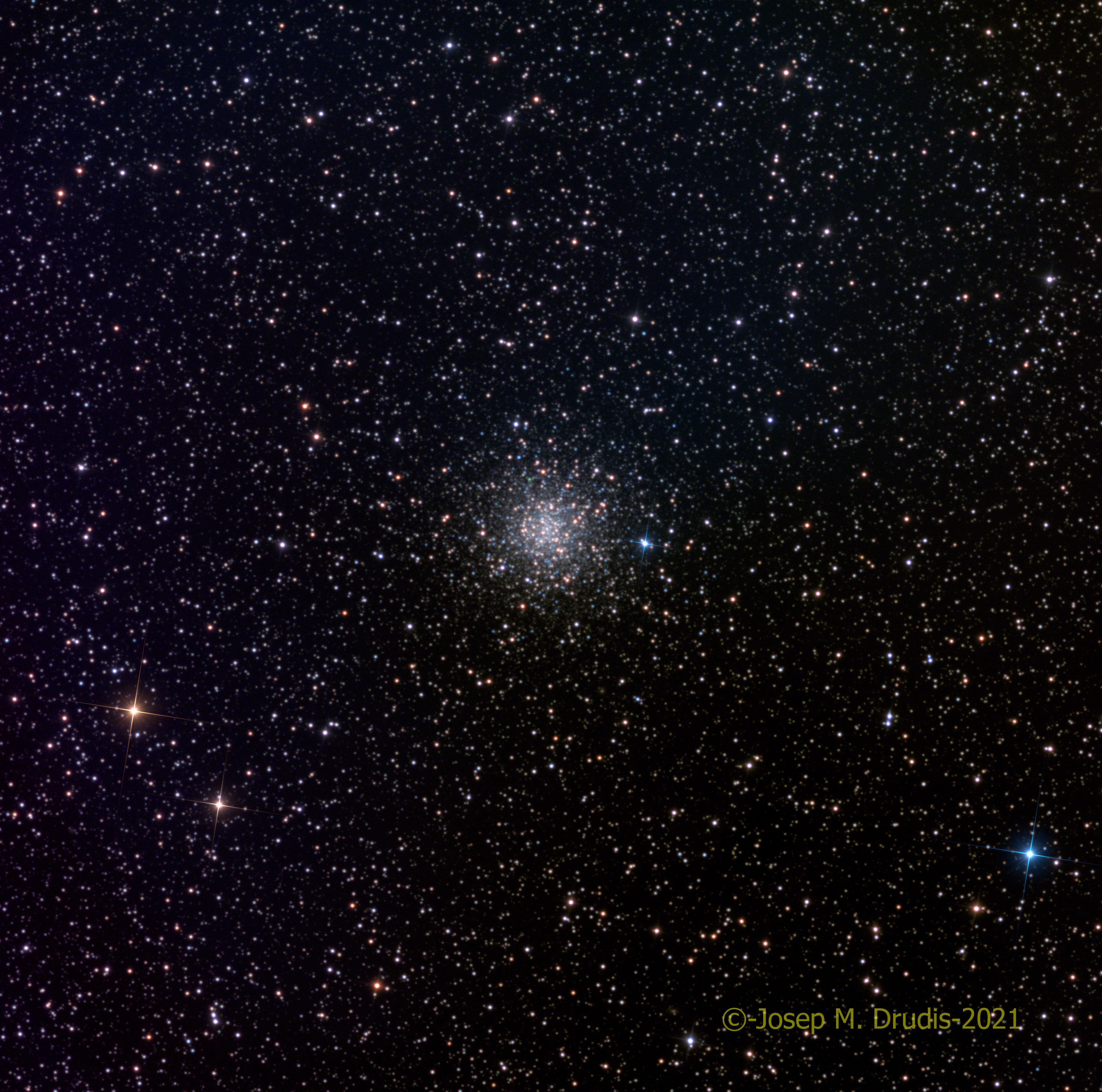 Messier 56 is a globular star cluster located 33,000 light years away, in the constellation Lyra, not far away from the only other Messier object in this constellation, M57. It has a magnitude of 8.3 and contains about 80,000 stars having a total combined mass of 230,000 solar masses. This cluster presents two peculiarities: the first one is its possible origin. One of the leading theories, about this matter, says that M56 is the remainder of a small galaxy (or huge globular) that was “absorbed” by the Milky Way. This is the known origin of another globular in our galaxy: Omega Centauri (NGC 5139). The second peculiarity (probably as a consequence of the previous one) is that M56 follows a retrograde orbit around the galactic center.