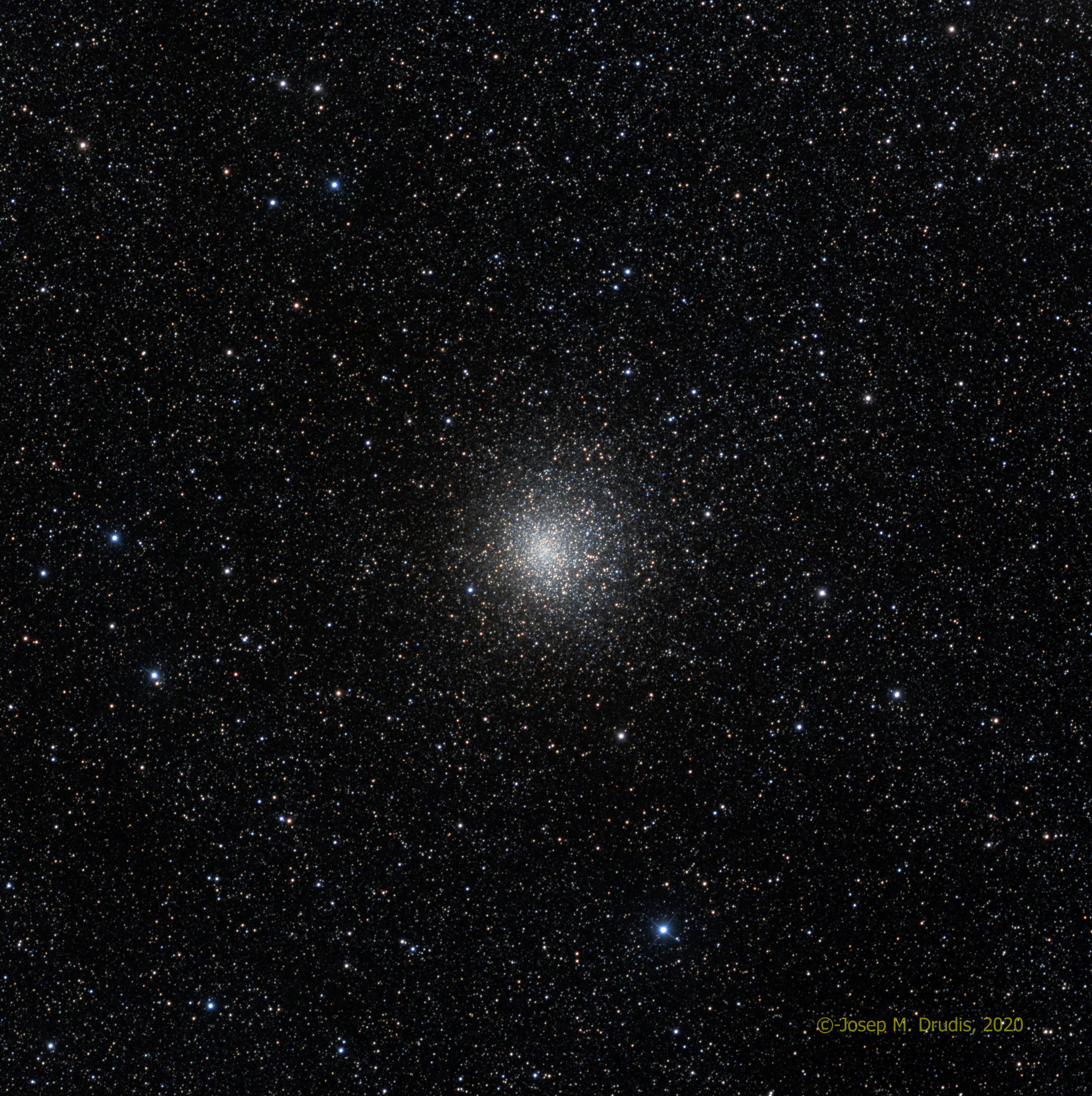 Messier 62, M62 for short, is a quite compact globular cluster. It underwent core collapse like M70, M15, M30 and M79. It is located in the constellation Ophiuchus, 22,000 light years from us, but only 7,000 ly from the center of the Milky Way. This cluster has multiple X-ray binaries, many of which contain millisecond pulsars. Just a few years ago (2013), a stellar mass black hole was discovered in M62. The existence of this kind of black holes is the result of stellar mergers, in the crowded and compact cluster, that ultimately lead to black holes.