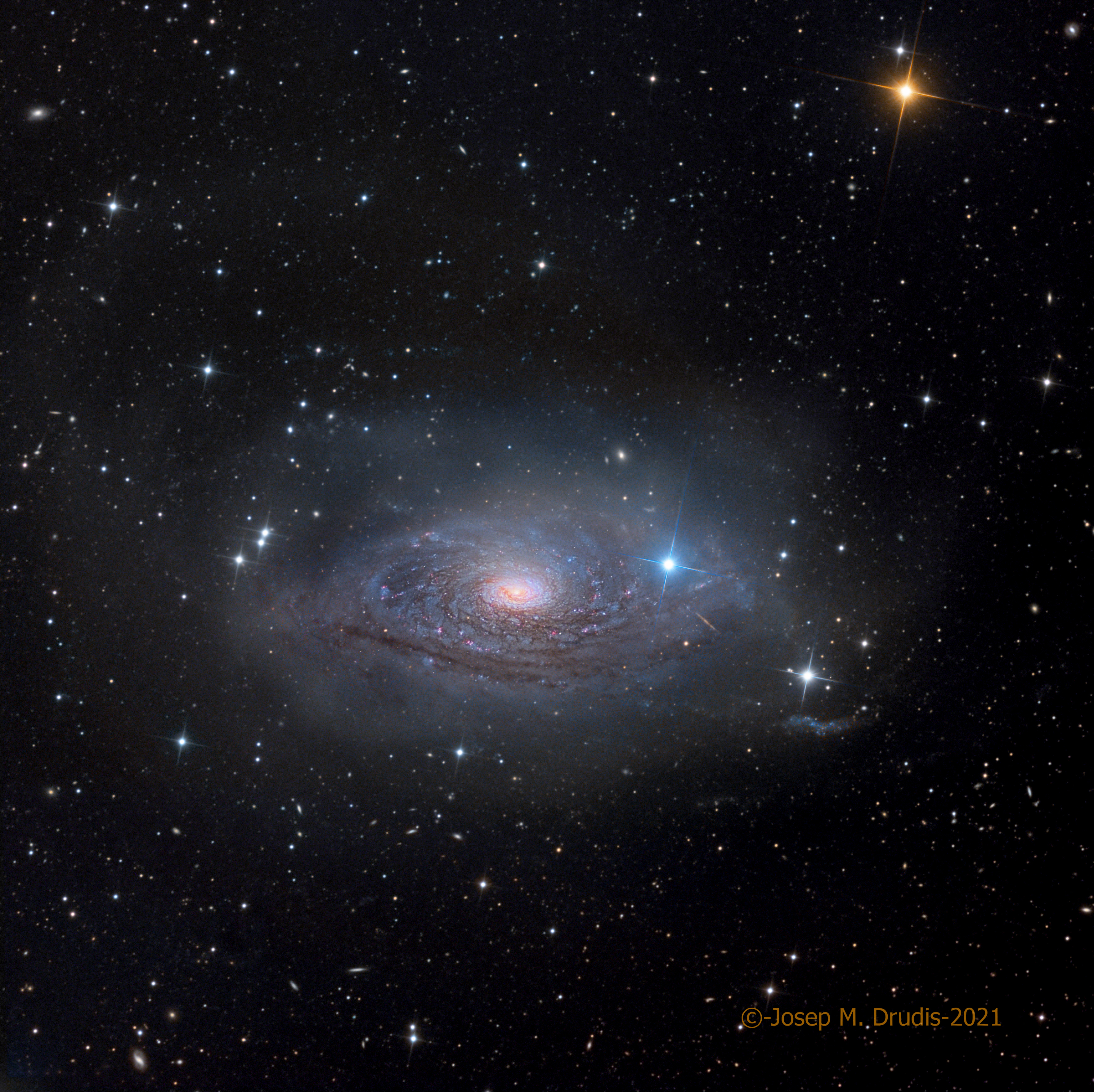 Messier 63 (M63) is a Type-SAbc “flocculent” spiral galaxy. Flocculent galaxies are spirals that do not show definite arms. They do show a spiral structure, but the “arms” have many ramifications and fade as they wind to the outer regions of the galaxy. Two more examples of galaxies that show the same property are NGC 253 and NGC 3521. This property, however, is true for the visible light. This galaxy shows two clear arms that go all the way to the outer regions, but only in the infra-red light. M63 is a galaxy with an active nucleus and is classified as LINER (Low-Ionization Nuclear Emission-line Region). The presence (or not) of a supermassive black hole (SMBH) in its center is still under discussion, with a potential SMBH with 800 million solar masses as candidate.

As it can be seen in the image, M63 is surrounded by a star stream that was discovered in 2011 as the result of a ProAm collaboration. This star stream was originated by the collision or accretion of a smaller galaxy with M63. It can be better seen in the negative image below (the galaxy itself has been superimposed in color for a better representation). 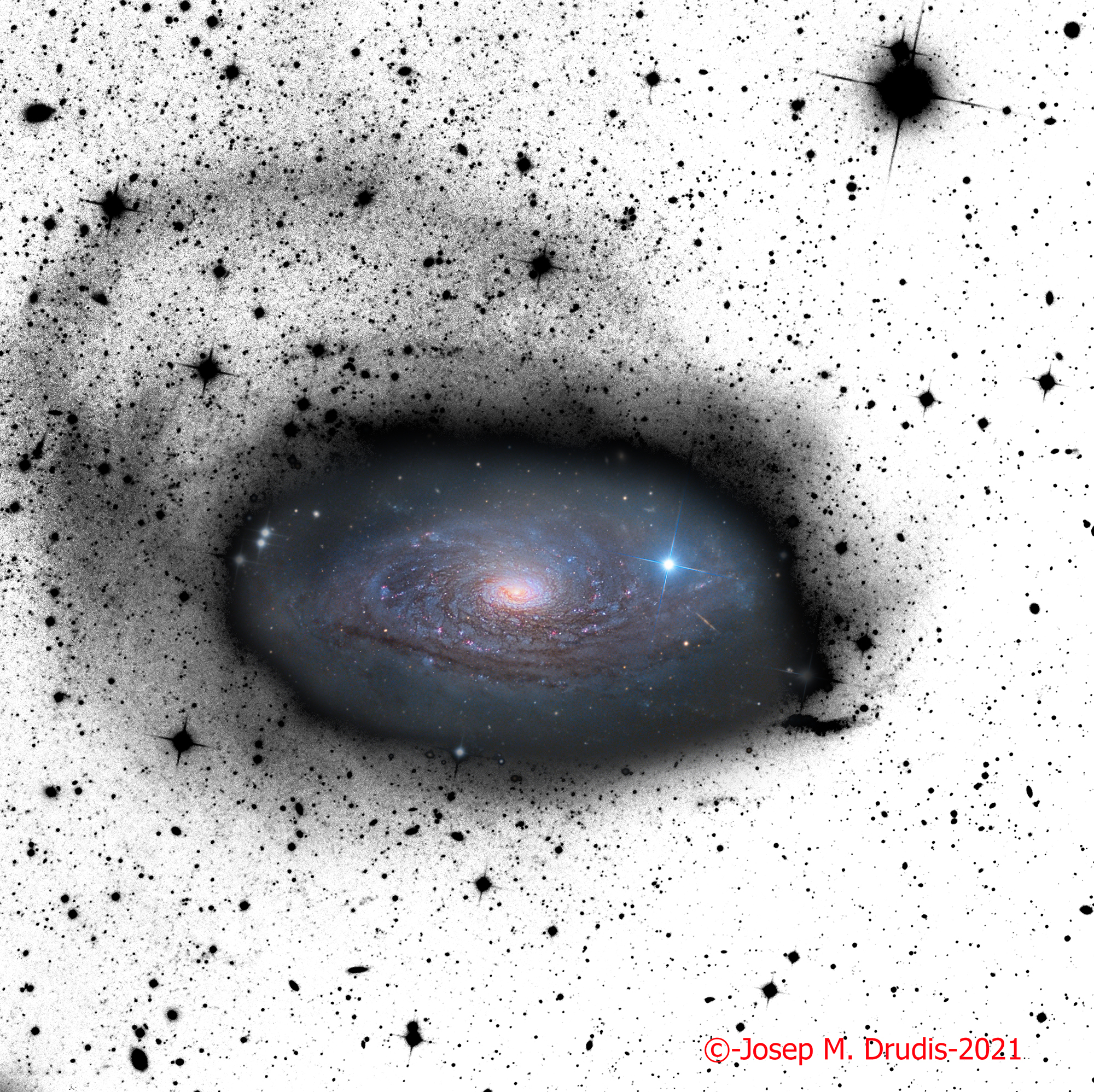