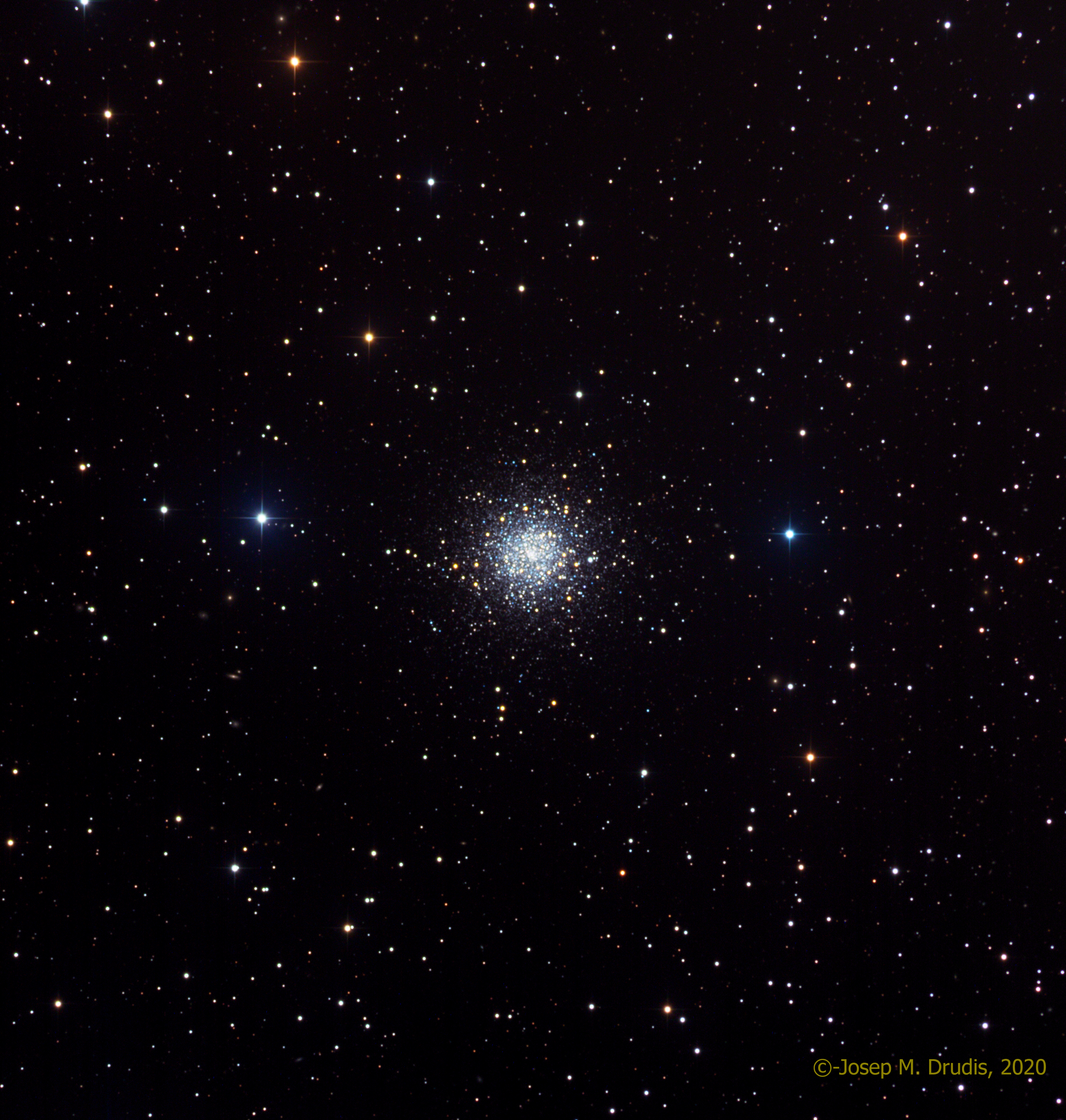 The origin of M79 is still a matter of discussion. The currently prevailing theory is that this cluster belonged once to a close by dwarf galaxy (the Canis Major Dwarf Galaxy) that is being shredded by the Milky Way due to their current gravitational interaction. As a result of this unequal interaction, M79 would have come to orbit the Milky Way center. But this is still unclear and the theory that it was originated in the Milky Way has not yet been excluded. Messier 54 remains, thus, the only currently extra-galactic globular cluster in the Messier catalog. There are three other globulars that are believed to have the same origin: NGC 1851, NGC 2298 and NGC 2808. None of them were included in the Messier catalog.

M79 has a notable number of “Blue Stragglers” (blue stars that have a second life because of the interaction with other, close stars and gas from the smaller one is pulled off by the larger one, thus this one becoming more massive and then shining in blue).