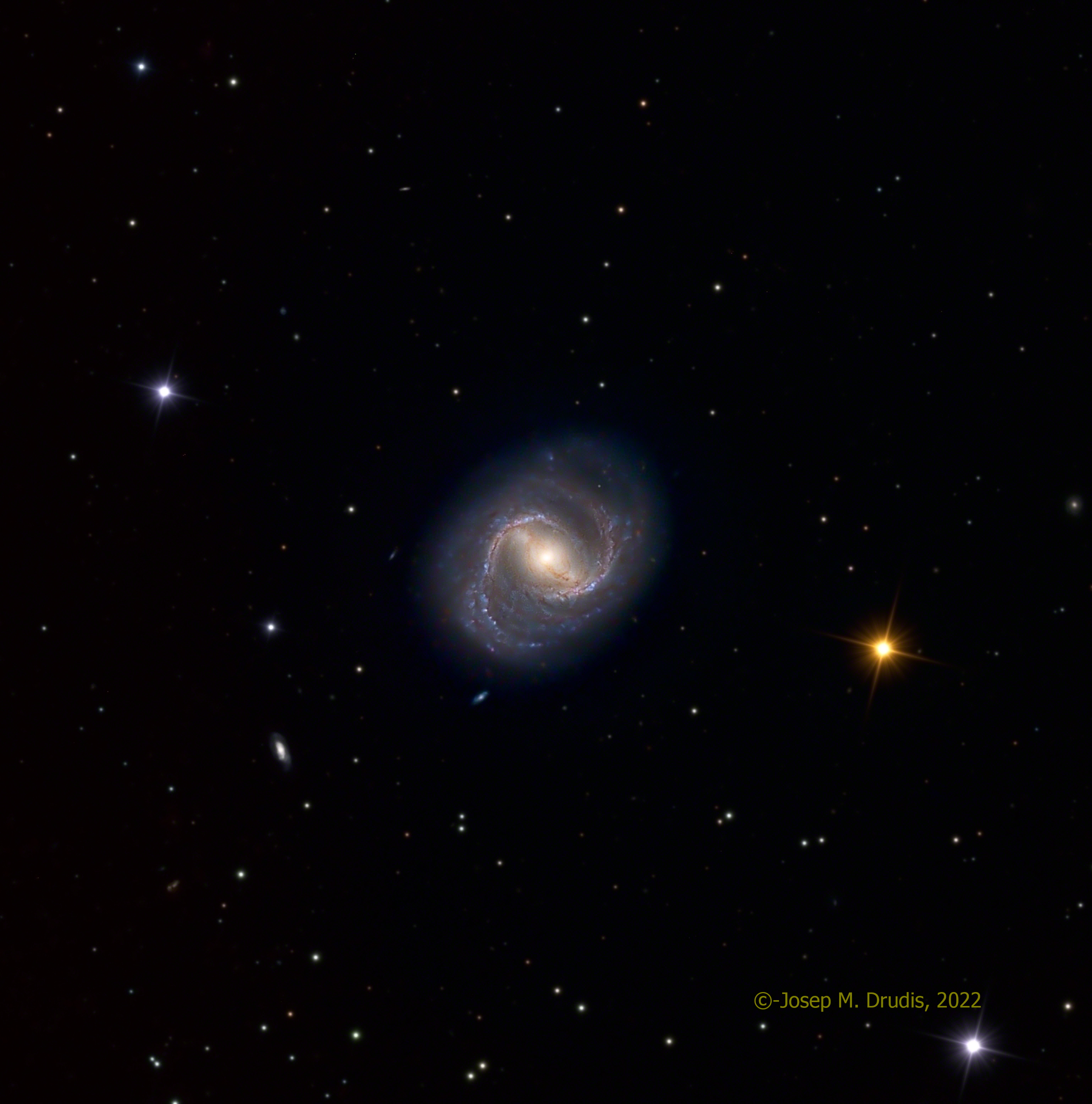 Messier 91, NGC 4548, is a very faint barred spiral galaxy located 63 million light years away in the constellation Coma Berenices. It is considered to be an “anemic” galaxy, because of the very low rate of star formation. The reason behind this fact is that M91 is very poor in neutral Hydrogen gas (HI) as a consequence of the so called “ram-pressure” that strips the existing gas in the galaxy as it moves through the galactic medium. This is the same phenomenon that happens to M90. Messier 91 was one of the “missing” Messier objects for a long time. It was in 1969 that an amateur astronomer, W. C. Williams, noticed that Messier had made a mistake when logging M91’s coordinates: he noted the differences in RA and Dec with M89, but when writing the final coordinates, he used M58 as a reference. Once corrected the error, M91 was easily identified with NGC 4548.