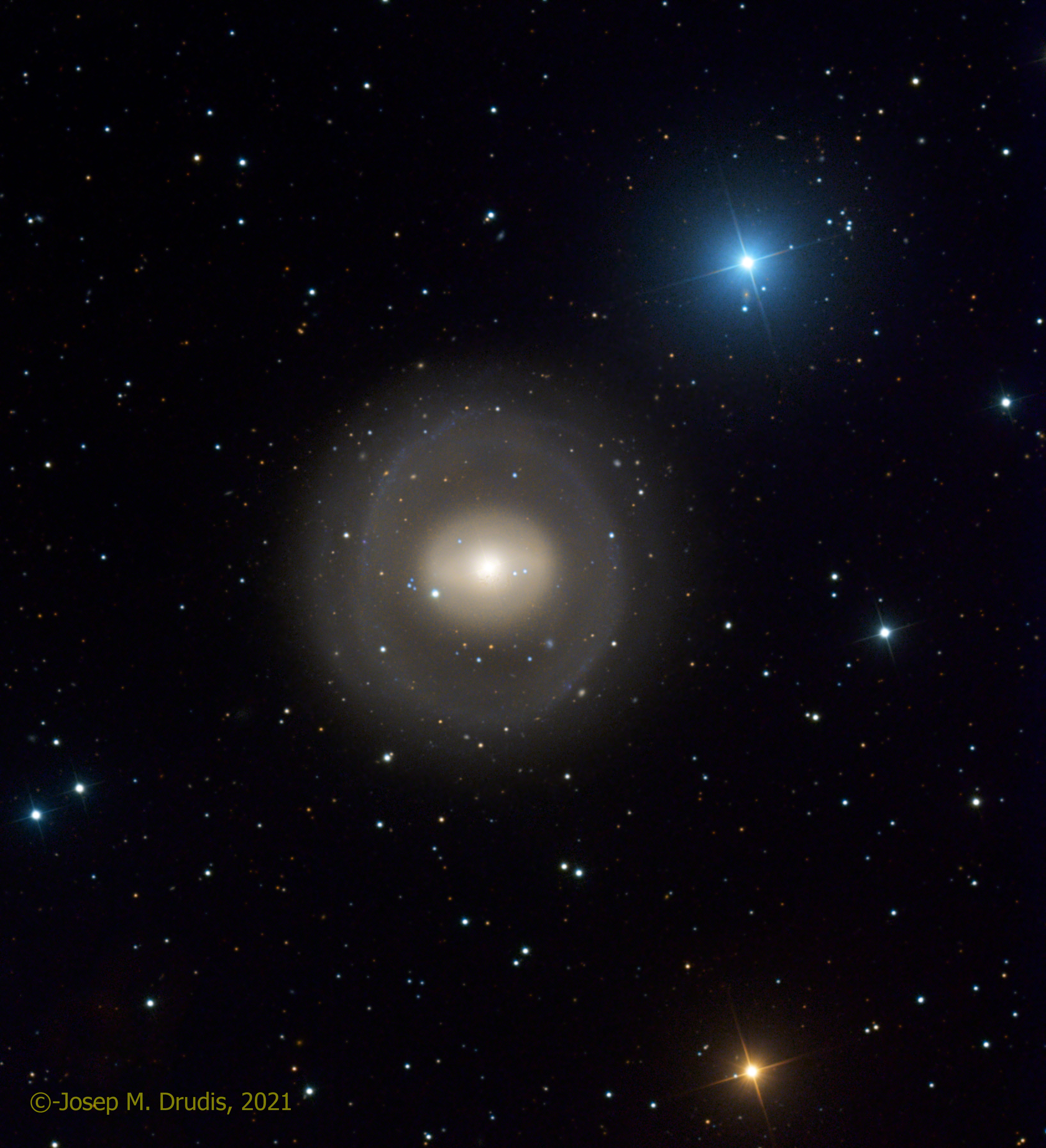 NGC 1291, located about 33 million light years from us, is a so-called “transitional” galaxy. It had been, very often, considered a galaxy in an intermediate stage between the young spirals and the old elliptical galaxies, where most galaxies end up. This fact was confirmed by GALEX in 2007. As examples of this, in the image below, NGC 1291 is considered to be as an intermediate of NGC 300  and NGC 1316. 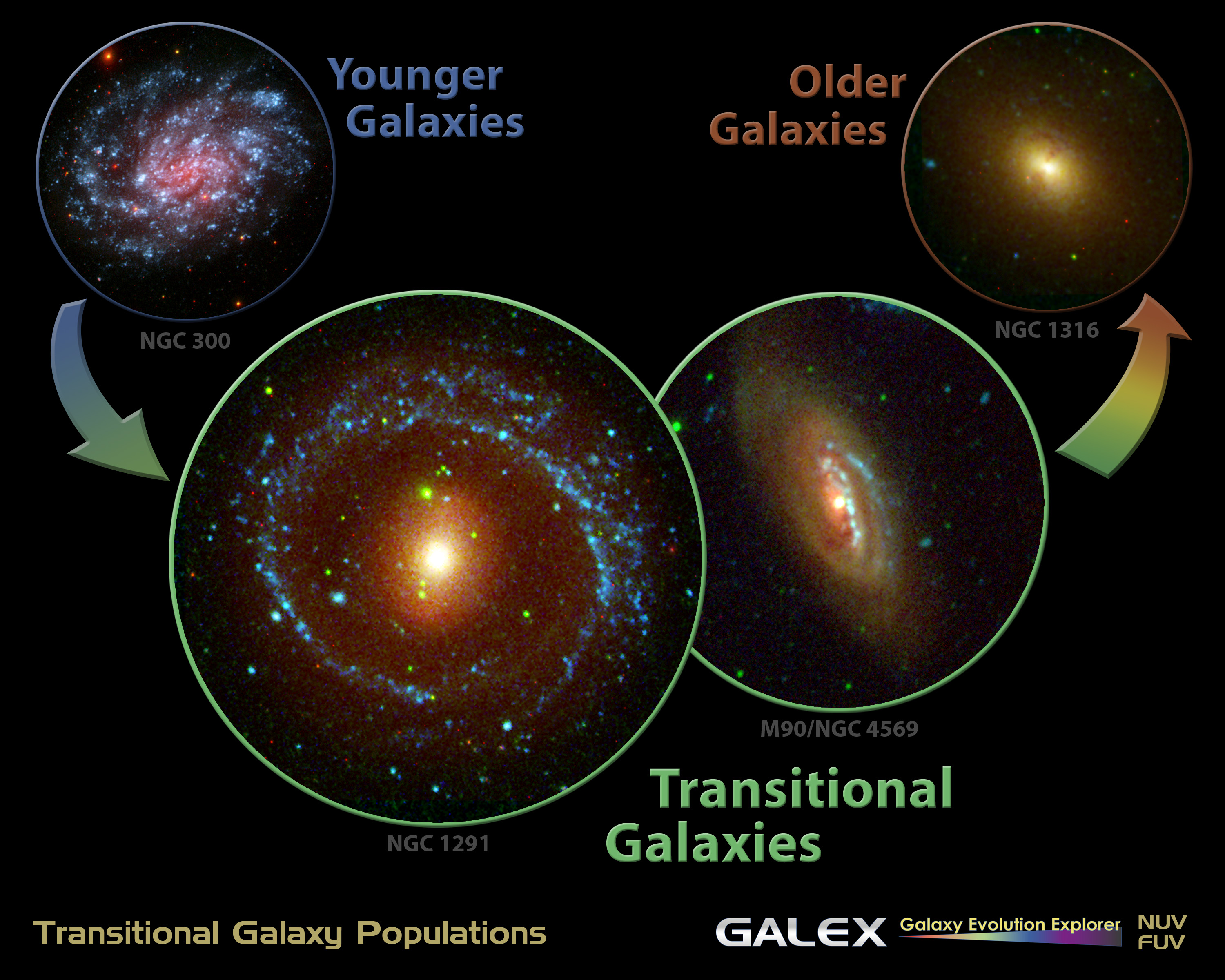 This image, that was taken with broad band filters (LRGB), shows that this galaxy has still a residual bluish arm around the central core.