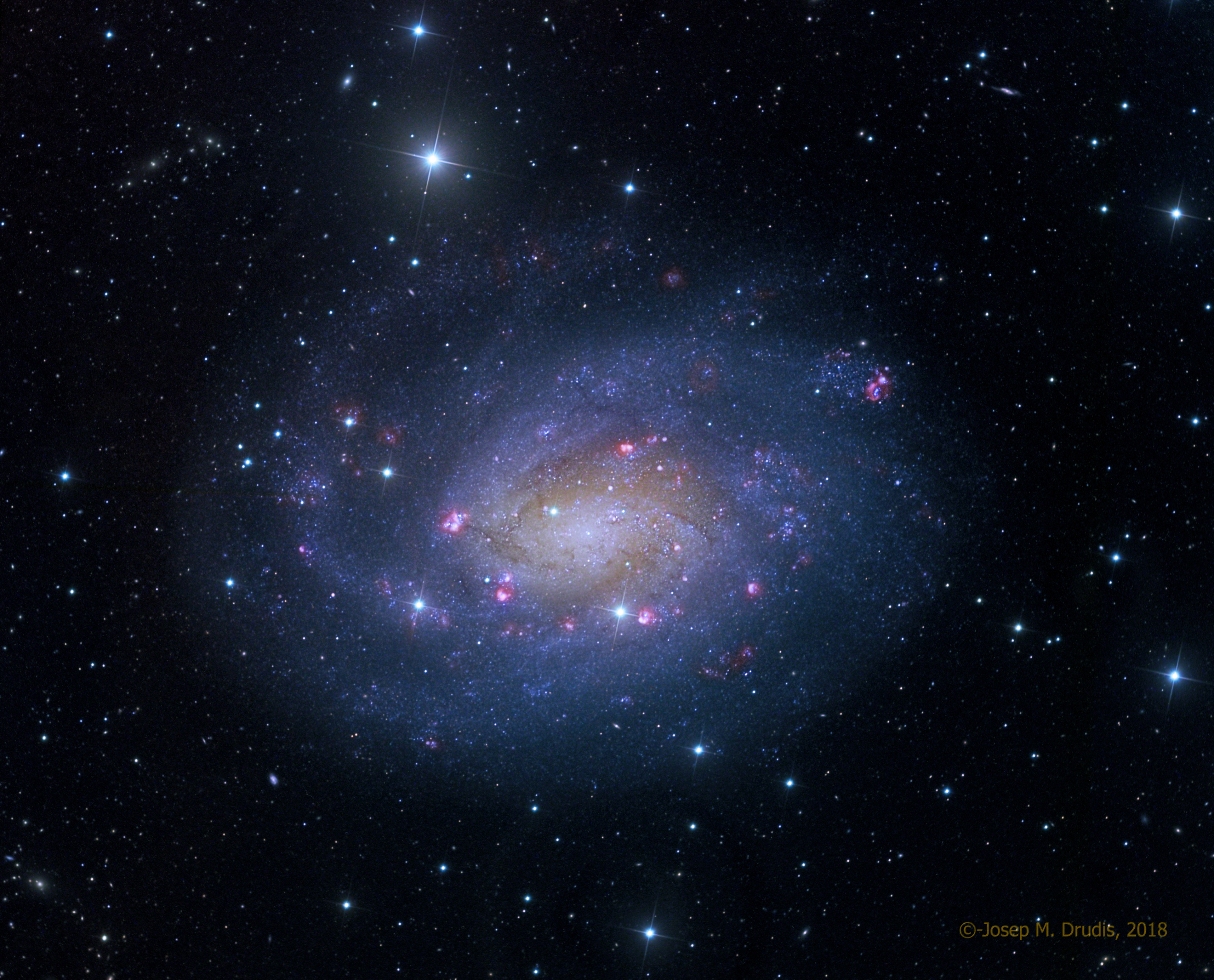 NGC 300 has always been considered an extremely “normal” galaxy, as opposed to galaxies that show some peculiarities (like M51 -the Whirlpool Galaxy-, M82 -the Cigar Galaxy- or many others). This is behind the fact that this galaxy does not have any nickname. Anyhow, this “normality” allows for generic research on the nature and behavior of its components, not needing for any corrections. Most people advocate to call NGC 300 “the Southern M33”, due to its many visual and structural similarities as well as its angle relative to our point of view (45º).

This galaxy had been considered included in the Sculptor Group for many years. According to recent distance estimates, by Van de Steene et al. in 2006, made with the Planetary Nebula Luminosity Function, both NGC 300 and NGC 55 form a bonded pair, located at 6.5 Million light years. This places them in the foreground and at about two thirds of the current distance to the Sculptor Group (10 Mly).

This image has been taken with the classic LRGB filters and adding up Ha signal, to better show the presence of the many HII, star forming, regions that are conspicuous in its arms. Actually, these clouds are better seen in infrared, and they have been perfectly shown in this image of the Spitzer Telescope. In 2010, a supernova outburst (named SN2010da) in NGC 300 was reported. Deeper research has shown that instead of being a supernova, it had been an outburst of an Ultra Luminous X-ray source (most probably a Luminous Blue Variable) now called NGC300 ULX1. This is a binary massive B star, whose X-ray emission is pulsating and the period of this pulsation is rapidly changing to shorter periods, hinting to quick mass transfer to the more massive star.

In this image, it is possible to count dozens of background distant galaxies (most of them far enough to show a measurable redshift). At least ten galaxies are seen through the external arms of the galaxy.