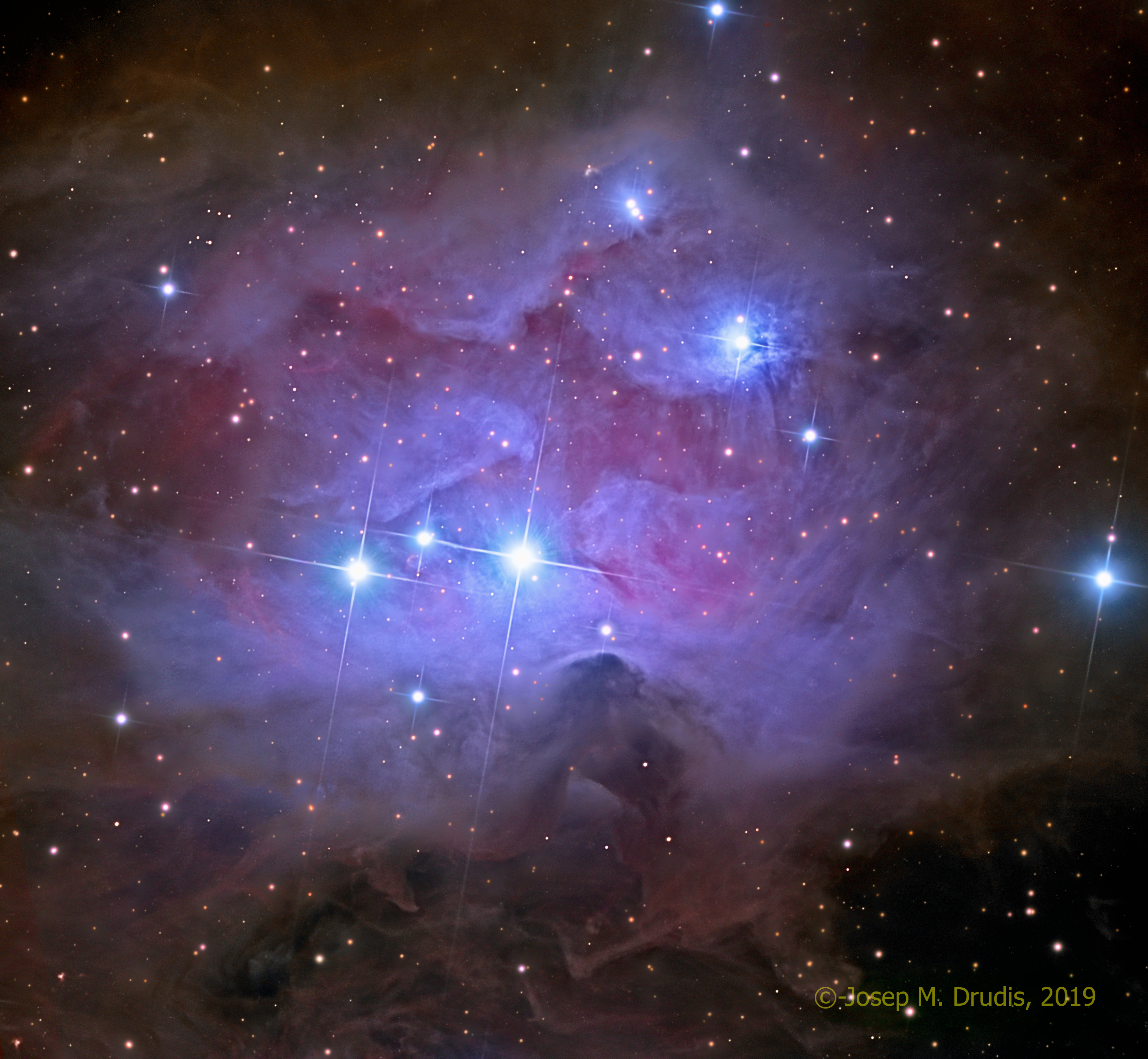 The Orion Molecular Cloud area is very rich in bright, young stars (alone or in open clusters) as well as nebulae (emission and reflection). In the area shown in this image, located just North of M42, the Orion Nebula, three reflection nebulae, NGC 1977, 1975 and 1973, can be seen. NGC 1977 is the region surrounding HD 37018 (42 Ori, the brightest star near the center of the image), a B1V blue star located at around 900 light years.

In this region, also colder, dust rich gas is also present and it can be glimpsed as dark nebulosities. This nebulosity, being an important star-forming area, is also teeming with YSOs and Herbig-Haro objects. Actually, this area is still being object of numerous research projects. As recently as end of 2018, JS Kim et al., a research team of the Steward Observatory, Tucson, Arizona, published the discovery of seven new proplyds in NGC 1977.