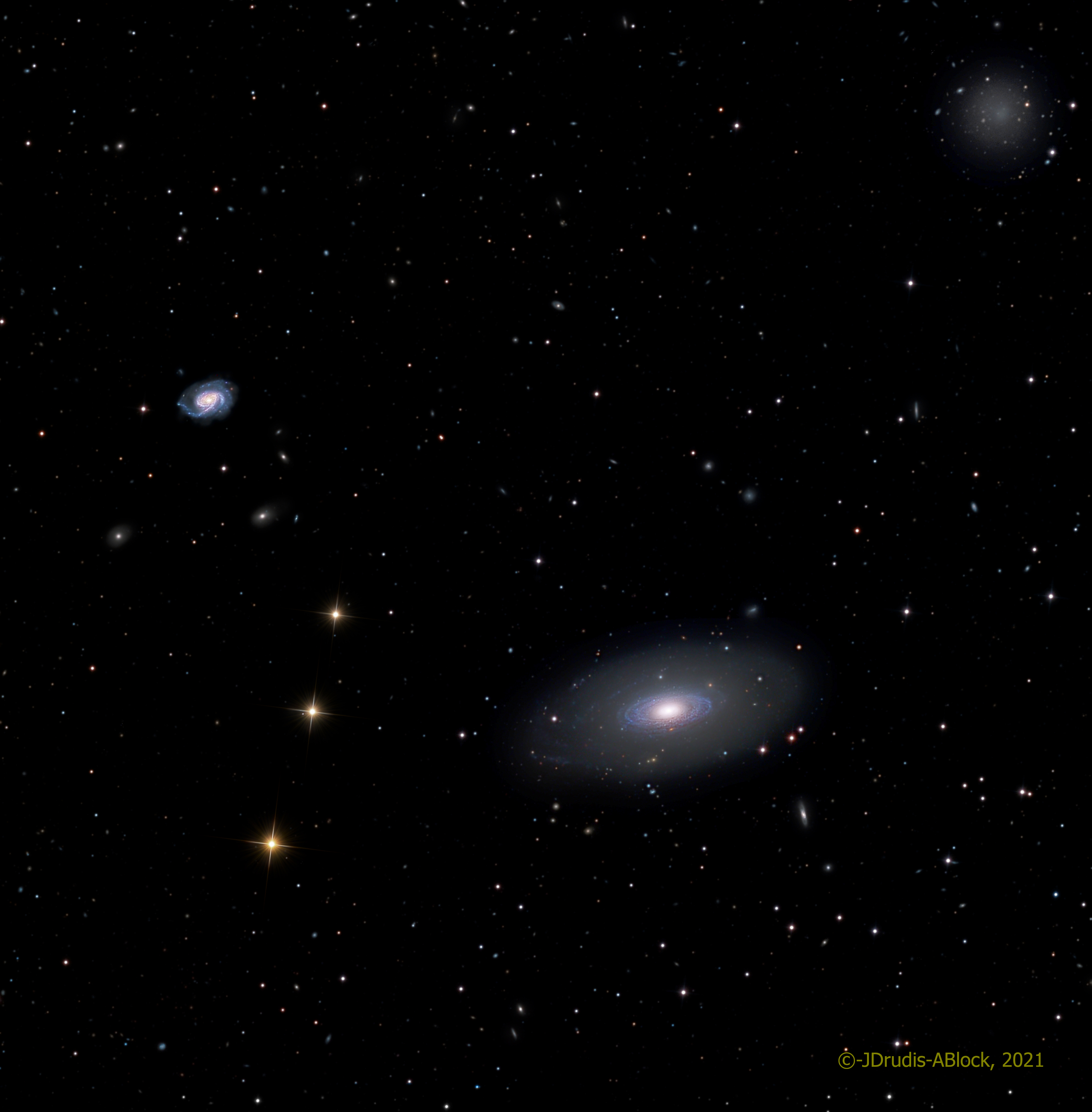 NGC 3898 (lower right) is a SA(s)ab-Type spiral galaxy located about 63 Million light years away in the constellation Ursa Major. This galaxy has been classified as LINER (Low-Ionization Nuclear Emission-line Region), galaxies that show emission lines from neutral or ionized with just one positive charge. About one third of galaxies within the closest 120 Million light years belong to this class. They are pretty common among galaxies that show notable bulges and tight spiral arms. Some other examples of this kind of galaxies are the well known M104 (the Sombrero galaxy)  or M51 (the Whirlpool Galaxy). One specific characteristic of this galaxy is that, differently from other similar galaxies, the ionized gas rotates more slowly than predicted by orbital dynamics (Pignatelli et al., 2001). This behavior seems to require the presence of a massive dark matter halo. The galaxy on the upper left is NGC 3888, a SBc-Type galaxy twice as far as NGC 3898. This image shows, as a bonus, the very faint LSB (Low Surface Brightness) galaxy [HKK2009] dJ1150+5546, a Local Group galaxy mostly studied in radio frequencies (Hutchmeier et al., 2009), in the upper right corner. See at the bottom of the page an annotated image. Additionally, this image records more than one hundred background galaxies.

This image was taken with broad band filters (LRGB), following a suggestion of Adam Block. 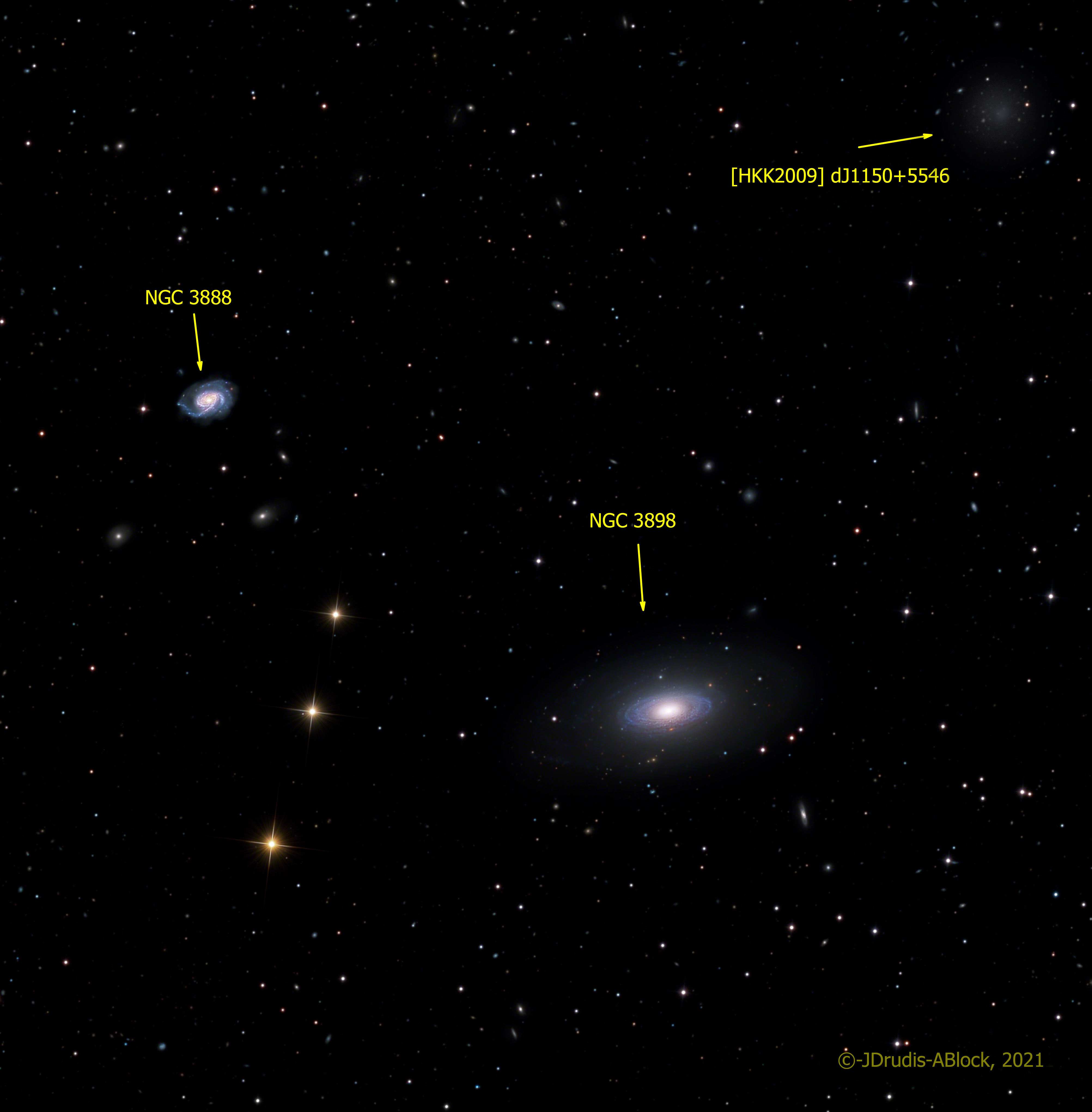