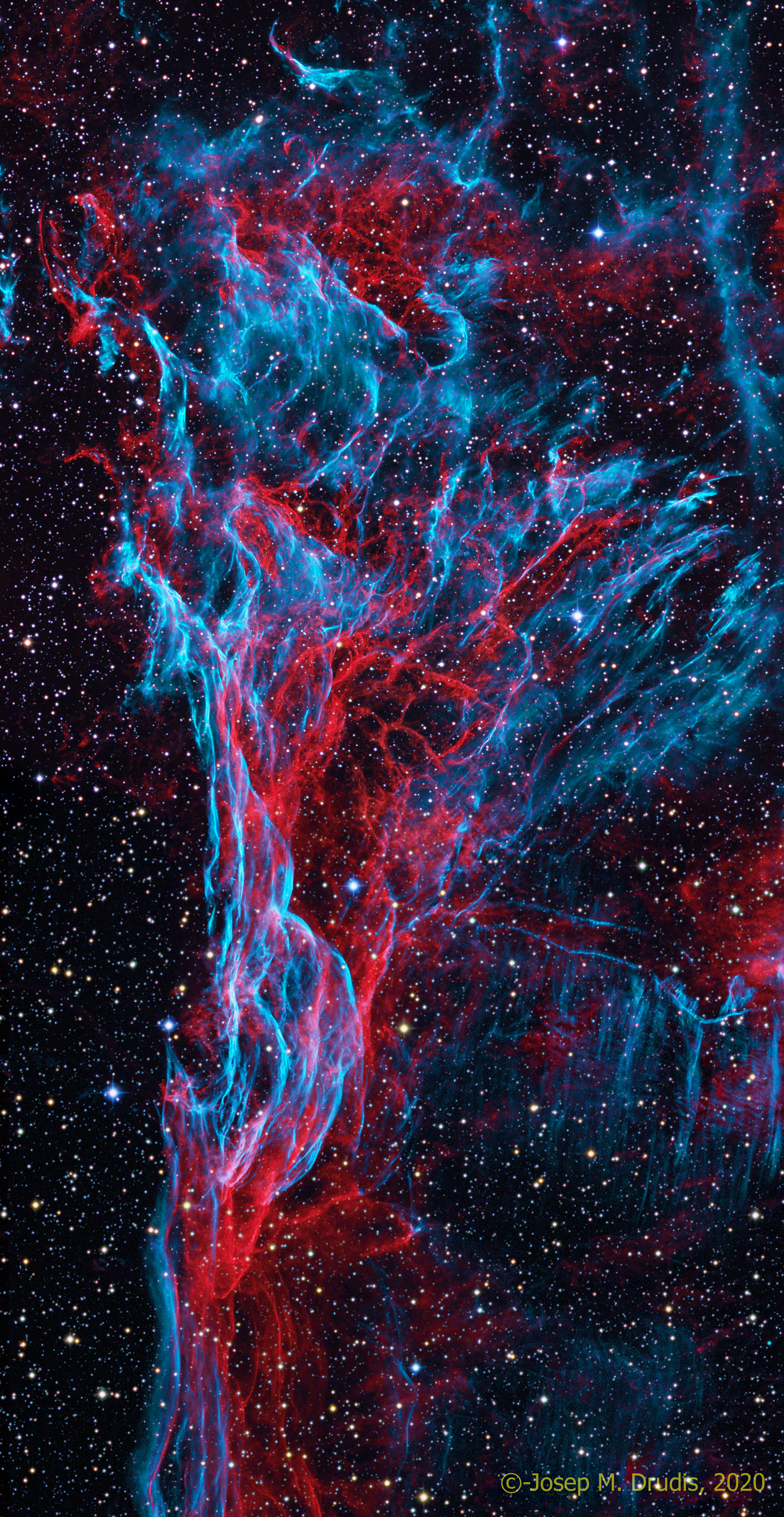 This faint fragment of the Veil Nebula has no specific NGC number. Very commonly, it is linked to the numbers NGC 6974 or NGC 6979, but these two numbers correspond to a close, brighter area outside this image, just to the upper left (East). The nebula in this image is usually known as “Pickering’s Triangle” (named after the Director of the Harvard College Observatory, where Fleming worked). The real discoverer was Williamina Fleming, while studying images of this region of the sky in 1904. Pickering’s name was linked to the discovery, as it was usual during that time. Probably, this corrected name will prevail in the future as, increasingly, many publications use it instead of the old one.

Located about 2,100 light years away, in the constellation Cygnus, the Veil Nebula is a SuperNova Remnant (SNR) that originated with the explosion of a massive star (about 20 times that of our Sun) about 7000-8000 years ago. When it exploded, its brightness may have rivaled that of the Moon. It has two distinct regions (Eastern and Western) and occupies a “donut” of about 3 degrees in diameter. Most of the expelled gas is located on this donut, but this very special (fainter than the two Eastern and Western regions) region is located in the central area.

An image of the Bat Nebula, another fragment of this same Veil Nebula, can be seen here.