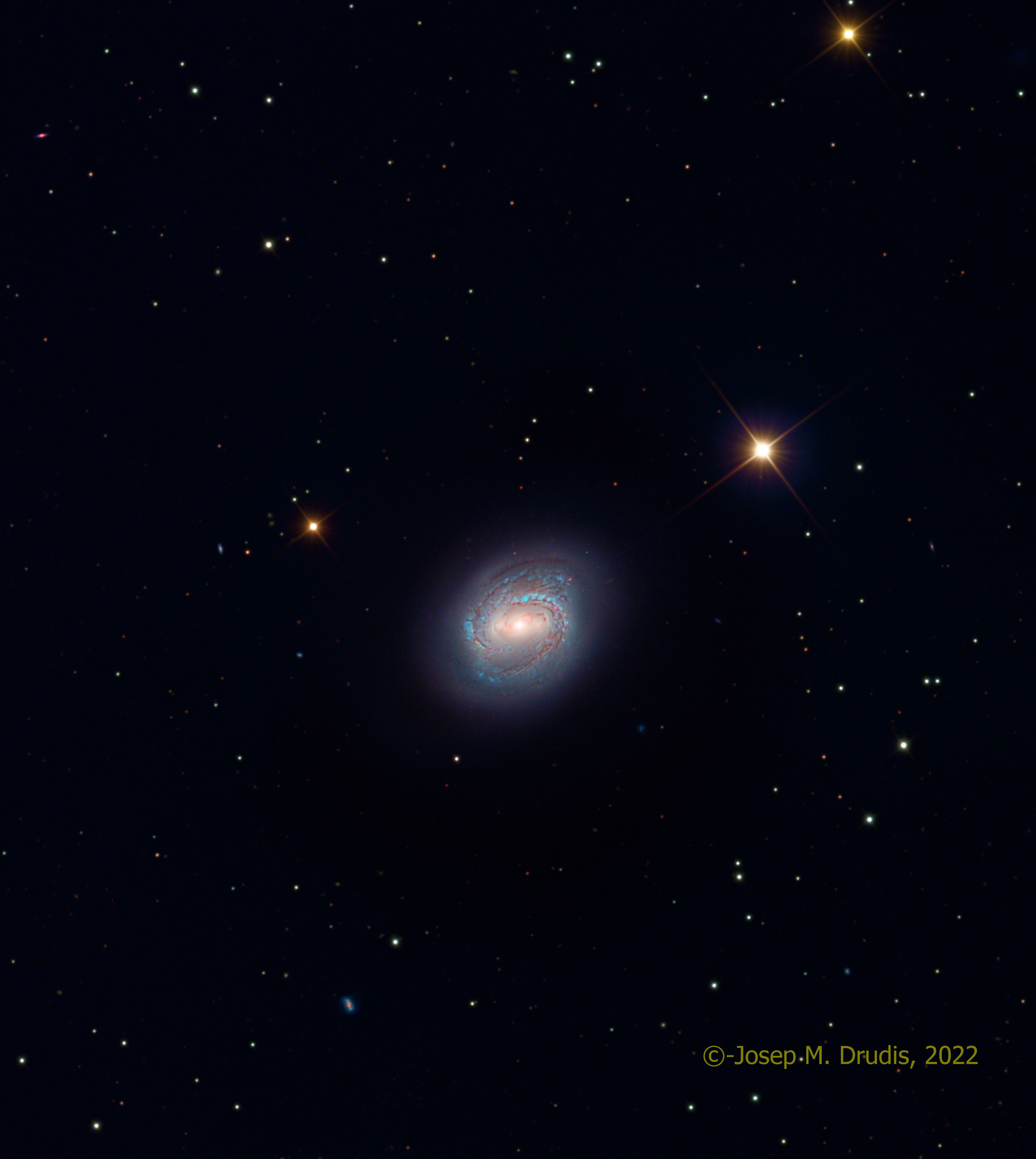 Messier 58 is a barred spiral galaxy located at about 62 million light years, one of the farthest Messier objects, in the constellation Virgo. M58 is, like M90 and M91, an “anemic” galaxy, due to the lack of neutral Hydrogen. These galaxies travel within a dense intergalactic medium that is stripping them of their free hydrogen gas. This lack of hydrogen accounts for the low star formation rate that can be observed in these galaxies. It has been classified as morphological type SAB(rs)b. Messier 58 has an active nucleus that harbors a supermassive black hole (70 million solar masses).